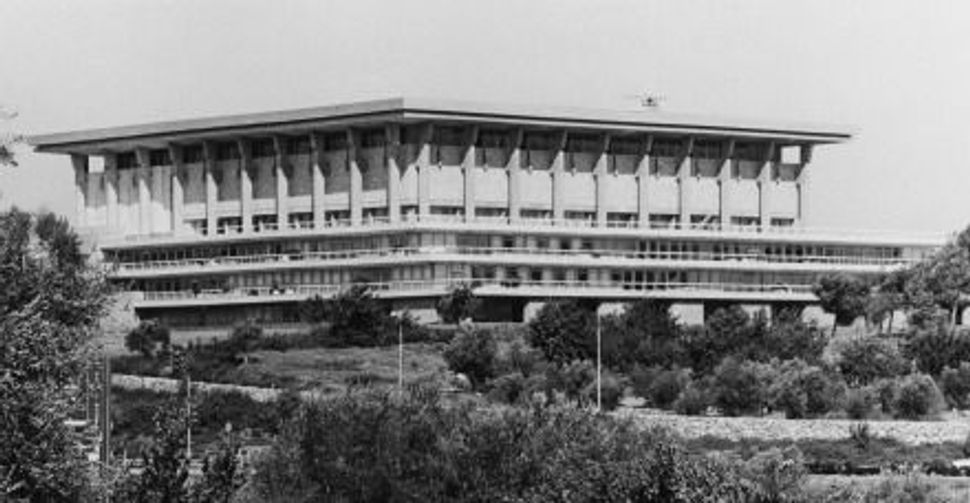 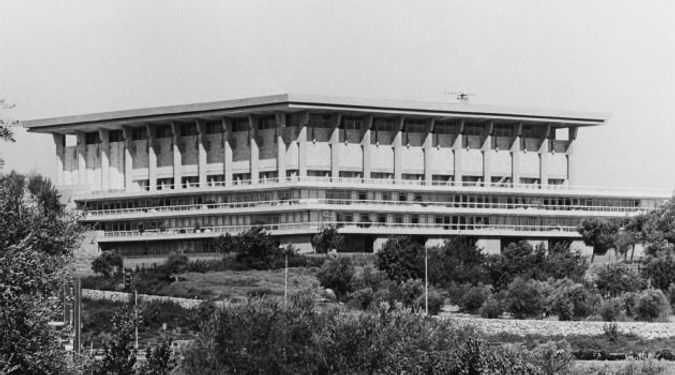 Symbol of Democracy: The Knesset building symbolizes the democratic nature of Israel. But many Israelis believe Jewish law should take precedence over democratic values. Image by getty images

In late January, the Israel Democracy Institute’s Guttman Center for Surveys, along with the Avi Chai Foundation, released the results of a comprehensive survey on the religious beliefs of Israeli Jews. Among other interesting findings, it showed that some 80% of the Jewish population in Israel believes in God — which, perhaps, is good news. What is not so good is that only 44% of those questioned replied that if there is a contradiction between democratic values and Halacha (Jewish law), the latter should be upheld. This implies that when push comes to shove, a majority of Israelis would prefer Jewish law to democratic values.

There is a clear and inbuilt conflict between democratic values and monotheistic religion. The latter is divinely inspired, and hence there can be no argument with divine dictate, though some room is left for interpretation. Democratic values are based on a dialectical process of debate and discussion, and majority opinion holds sway. The clear preference in Israeli society for the latter undermines the very foundations on which the state was constructed. This also implies that a large percentage of Israelis view religion and democracy as existing in the same sphere and do not see them as two separate phenomena; this is a major problem for a country that portrays itself as a democracy in distinction to its neighbors.

This disturbing state of affairs comes from a misunderstanding of what Rabbinic Judaism is all about, and it reflects the incredible success of the rabbis over 2,000 years of linking belief with religious observance. Rabbinic Judaism emerged in the period after the destruction of the Second Temple (along with Christianity) in order to provide a solution for a people bereft of worldly power, political independence and a central place of worship. The rabbis further developed ideas that had been circulating for a couple hundred years, one of which portrayed the divine being as the supreme judge before whom comes each and every individual to answer for his or her deeds. Instead of going to the temple and having the priest, the chosen mediator, offer a sacrifice in order to placate the divine entity, every act of the individual was now under the scrutiny of an all-powerful God who offered blessed eternity to those who did his will (that is, kept the commandments) and severe punishment for those that did not.

Rabbinic Judaism offered a solution to the lack of real power in this world by emphasizing the temporality of the suffering in the here and now, which will be followed, for those who uphold the law, by eternal beatitude. Hence the commandments, as interpreted by the rabbis, became strictures closely dependent on belief in the Almighty, who gave them inherent holiness and immediate significance.

This conjoining of belief and observance into one integral overarching religious system, along with the acceptance by Jews of the authority of the rabbis to interpret the divine will, was the central pivot for the survival of the Jews in exile. As they had no real political power and were dependent on the good will of the majority faiths among whom they dwelt, the halachic system provided a sense of identity, security and a purpose to the travails of life while also offering hope for the future redemption of, and a return to, Zion.

This brilliant solution to an existential situation created a vibrant religious life and cul ture that continued to develop over some 2,000 years. The foundation of the State of Israel, however, created a new reality, one that was not suited to Rabbinic Judaism. A system that functioned extremely well where there was no temporal power or political independence came face to face with the reality of a democratic Jewish state with its own laws and courts, and the clash between the two has become very evident. Rabbinic Judaism struggled hard to gain a foothold in Israel aided by the democratic system it opposes, as the Israeli electoral system dictated the need for coalition governments that included the religious parties. The latter played the system to accumulate power and influence way beyond their weight in Israeli society. One result of this is tens of thousands of young men who do not serve in the army or contribute to the economy, but sit studying the Torah at the expense of the Israeli taxpayer.

This Guttman-Avi Chai survey proves that Rabbinic Judaism is gaining ground over democracy and democratic values. The implications of this for the future of Israel are not to be underestimated. Belief in God is one thing; however, the general acceptance of an intimate link between belief and observance in a state that prides itself first and foremost on being democratic is a recipe for disaster.

Harvey Hames is a professor of history at Ben-Gurion University of the Negev and the author of “I (do not) Believe: Israel and Judaism — Past, Present, Future” (published in Hebrew by Ktav, 2011).