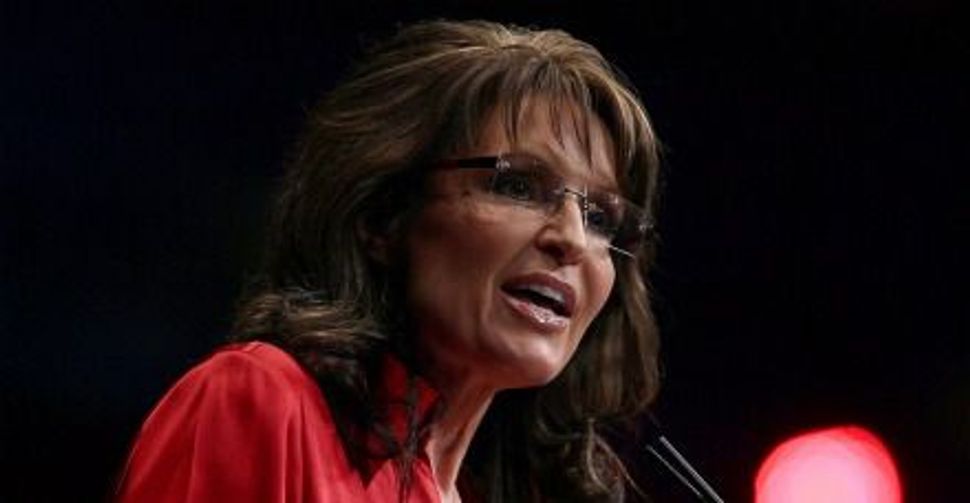 Never before have I felt more keenly the cultural divide, a divide that goes well beyond its most obvious current expression in the realm of politics (although that realm is, here, my principal focus). During the speeches at the recent Conservative Political Action Conference, the signal annual meeting of American conservatives, I was especially interested in the audience response to the often inflammatory language of the several speakers, the more so since roughly half the assembled were of college age. And it is more than merely disconcerting to witness their enthusiasms, the lines that bring them to their feet, that produce sustained applause.

The most rocking speech of all was Sarah Palin’s. Referring to Obama’s campaign focus on “change,” she said: “Keep your change. We’ll keep our God, our guns, our Constitution.” To this, as to other references to guns and the right to bear arms, the reaction was wildly enthusiastic.

I wanted to write “improbably enthusiastic,” but I realize that the improbability reflects my own failure to comprehend the gulf. I accept its existence, I see its manifestations, but I cannot comprehend it. Nor, I suppose, can those on the other side understand my allies and me.

I cannot think myself flawed because I don’t “get” a man who insists that manmade global warming is a “facade,” evidence of the “politicization of science,” or one who believes that the Obama administration’s efforts to “crush” faith will lead, one day, to the guillotine. Both of these were part of Rick Santorum’s CPAC speech.

One must take what Santorum says at face value, not as campaign-generated spin. Santorum does not voice support for a legal ban on homosexual relations in order to curry favor; he holds that position out of ornery conviction. So, too, his efforts, while in Congress, to pass legislation mandating schools to question the validity of the theory of evolution. These are positions I don’t merely disagree with; these are positions, thoroughly considered by their advocates, that signify an alternative universe. And, heaven help us, they are positions that evoke fervent approval from Santorum’s audiences.

Mitt Romney is a more difficult case, because he is so hard to take seriously. Romney says that “leadership… is about setting clear goals and overcoming constant adversity.” What does he know of “clear goals” (aside from winning), or of significant (let alone constant) adversity? While running for governor of Massachusetts in 2002, Romney announced that “I’m someone who is moderate, whose views are progressive”; at this year’s CPAC, he characterized himself as a “severely conservative Republican governor” (whatever that means). He does not mobilize screaming acolytes, and for good reason: For months now, people have been virtually begging Romney to raise the curtains on his “inner self,” to let us in so that we might see what’s really there. But suppose that what we’ve seen so far is the real Romney? Suppose, in other words, that Mitt Romney is simply a moderately talented and uncommonly lucky man, and that what we’ve seen is all the Romney there is: a slightly ridiculous person marked more by contortion than by conviction.

Which brings me to Newt Gingrich, who is surely more than “slightly ridiculous.” He is as grandiose as Romney is vaporous. How else can we relate to his promise that on his first day as president, between the inaugural ceremony and the celebratory balls, he will “repudiate at least 40% of [Obama’s] government”? He will, he says, sign that day the repeal of “ObamaCare,” the Dodd-Frank bill on Wall Street Reform and the Sarbanes-Oxley bill on corporate accountability reform; approve the controversial Canada-America oil pipeline; abolish all the White House czars, and shift the American Embassy in Israel to Jerusalem. Shower, then off to the ball.

He wants us to believe that if Obama “wins re-election, he will wage war on the Catholic Church the morning after he is re-elected.” He portrays himself as the “paycheck president” in contrast to Obama, “the food stamp president,” evidently either unaware or indifferent to the fact that 15% of Americans — some 46 million people — are today on food stamps (which are no longer stamps, having been replaced by electronic debit cards), and they are on them because the unemployment rate is what it is and because there are 10 million more American families, including 23 million children, who are classified as “working poor.” For sure, the overwhelming majority of all of them would prefer decent paychecks to food stamps. But there are four unemployed people for every new job that becomes available. What are these people to do?

Israel? Gingrich: The Palestinians are “an invented people.”

Santorum: “All the people who live in the West Bank are Israelis. They’re not Palestinian. There [are] no Palestinians. This is Israeli land.”

A true believer, a contortionist and a dangerously inflated balloon went into a bar….