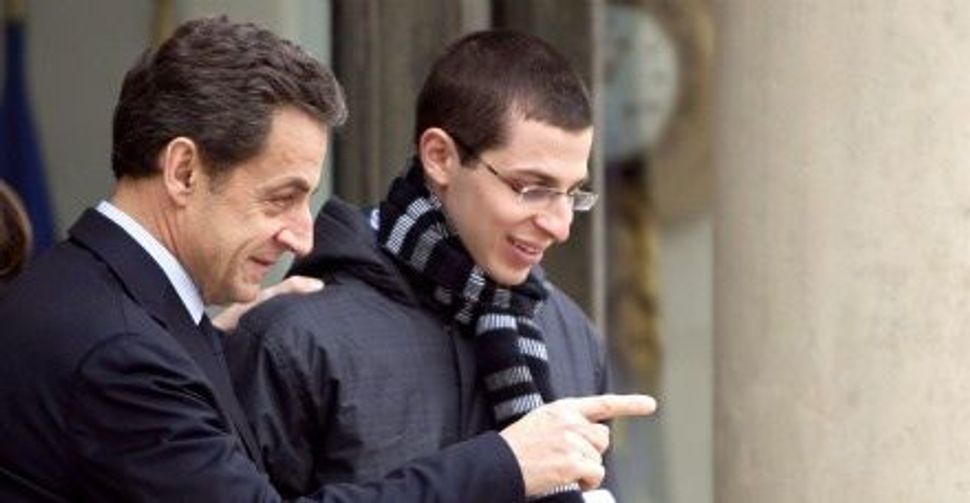 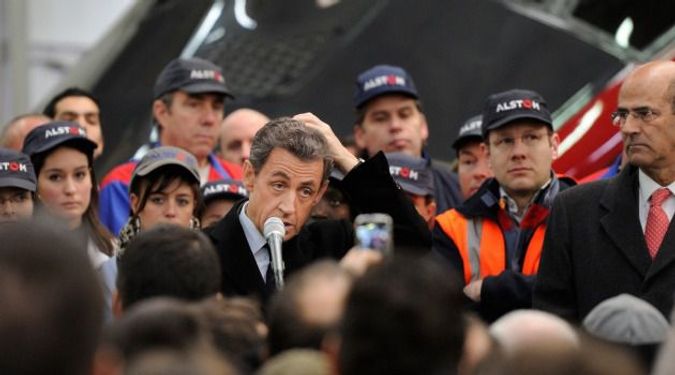 Uphill Battle: French President Nicolas Sarkozy is far behind in the polls. He gets far more support from Jews than from the public as a whole. Image by getty images

Like the United States, France will choose a president this year. Little more than two months away from the elections, the conservative president, Nicolas Sarkozy, is running behind the Socialist candidate, François Hollande. Several other candidates are polling well: Marine Le Pen of the extreme right-wing Front National hovers at about 20%, followed by the centrist candidate, François Bayrou, and by Jean-Luc Mélenchon, who represents a coalition of parties to the left of the Socialists.

If this were the United States, the Jewish vote would fall heavily on the left side of the spectrum. After all, American Jews have historically voted in overwhelming numbers for Democratic presidential candidates; in 2008, Barack Obama won nearly 80% of the Jewish vote. American Jewry’s attachment to liberalism seems to be one of the constants of politics in our country— even when it seems against that population’s economic interests. In a way, the corollary to the question “What’s wrong with Kansas?” is “What’s wrong with the Upper West Side?”

It is equally tempting to ask “What is wrong with Paris?” A recent article in the newspaper Le Figaro announced that the French-Jewish vote falls mostly toward the right. During the previous election, held in 2007, it appears that a significant number of French Jews, particularly those living in Israel, voted for Sarkozy. According to Jérôme Fourquet, director of the French polling organization IFOP, there remains a “pronounced preference” for the right among French Jews. In fact, after observant Catholics, Jews (observant or not) represent the strongest pillar of support for Sarkozy. More than 40% plan to vote for the UMP, Sarkozy’s party, far outstripping the party’s general support, tottering at a feeble 26%.

Is it possible, then, that “Jewish vote” is, like “French toast,” a phrase that gets lost in translation somewhere over the Atlantic? Not surprising, there is little agreement on the answer. Arthur Goldhammer, a veteran commentator on French politics, thinks the term isn’t really an apt one for describing how French Jews vote.

“Among my French Jewish friends,” he observed, “the range of political attitudes is quite wide, much wider than among my American Jewish friends, all of whom are liberal democrats.” But, he noted, there is a far greater range of options in France. “Apart from the Front National,” he suggested, “there is nothing that is ‘beyond the Pale’ in the way that American Republicans have become for many Jews (although I suppose American neoconservative Jews stand as an exception to this rule).”

Along with the greater variety of political parties, the variety of Jews is also great. As much as half of the French Jewish community, which numbers about 600,000, is Sephardic, and they tend to have their ancestral roots in Muslim countries, North Africa in particular. As a result, their attitude toward the Middle East, not to mention toward French Muslims, differs dramatically from that of their Ashkenazi peers. This is one reason that French and American Jewry seem to come from two different worlds: Quite simply, they do. For Pierre Haski, editor-in-chief of the French online journal Rue89, the difference is telling: American Jews, he notes, “have a very remote relationship with the Arab and Muslim world, even if the dividing line of the Arab-Israeli conflict is the same.”

Born in a Tunisian-Jewish family, Haski moved to France as a teenager. As a student he started on the left — he jokes that in the 1960s, he “felt more Maoist than Jewish” — and during his long and distinguished career in journalism he has remained on the left: Rue89 has been a merciless critic of Sarkozy’s government; yet Haski is an outlier. Many of his fellow “Tunes,” which is the moniker given to French-Tunisian Jews, have moved steadily toward the right over the past 20 years, as have their Algerian and Moroccan peers. Jolted by the experience in 2005 of rioting youths, many of whom were of North African ancestry — setting ablaze cars and buildings, convinced that the French left’s criticism of Israel’s policies in the occupied territories is a stealth form of anti-Semitism and worried that France’s growing Muslim population threatens its secular traditions — these Jews are rallying to law and order politicians on the right, like Sarkozy.

For this reason, Haski insists on the reality of a “Jewish vote” in France. Of course, he acknowledges, this is tantamount to heresy in his country. “It’s supposed to be an infamy to reason in community terms in relations to political choices in secular France.” Of course, if IFOP is right, 40% hardly represents a monolithic, or even near-monolithic, vote. It is equally important to recognize that just as there were Roosevelt Jews in the United States, there remains an enduring tradition of Mitterrand Jews in France. One need only invoke the name of Léon Blum to recall the historical attachment between French Jews and socialism.

Yet 40% remains a significant number. The irony implicit in Haski’s claim is that the French-Jewish vote is the mirror image of the American Jewish vote. And the French reflection might soon be distorted even further to the right. In her quest for respectability and support, Marine Le Pen has distanced herself from her father’s anti-Semitism — a distance that Jean Marie Le Pen, with his repeated verbal “gaffes,” nevertheless keeps shortening. Her recent trip to the United States, when she met the Israeli ambassador to the United Nations, and her desire to travel officially to Israel are just two signs of her efforts to gather the support of French Jews.

Official Jewish organizations like CRIF, the Representative Council of French Jewish Institutions, continue to reject Le Pen’s efforts at a rapprochement, but that may change when the CRIF’s own leadership changes over the next few years. Moreover, Le Pen’s calls for an alliance have not gone unrequited in other quarters. An organization that calls itself Union des Français Juifs was recently created for the express purpose of supporting Le Pen’s presidential ambitions.

Whether this new organization has the support of anyone other than its founder, Jacques Rosen, is unclear. Still, its very existence, along with the rightward movement of French Jewry in general, does raise an important question. If liberalism is the religion of secularized American Jews, is it possible that illiberalism will become the religion of greater numbers of secularized French Jews? This spring’s elections may offer an answer.

Robert Zaretsky is a professor of history at the Honors College at the University of Houston. His most recent book is “Albert Camus: Elements of a Life” (Cornell University Press, 2010).