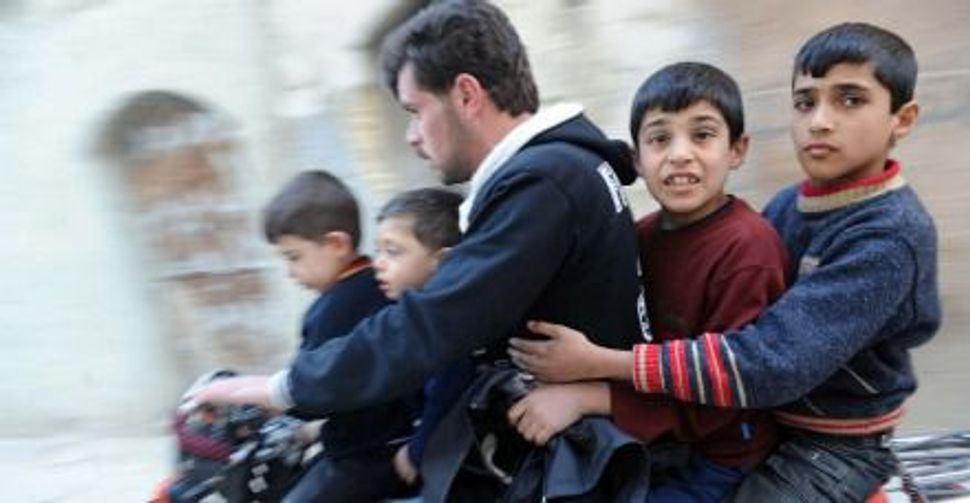 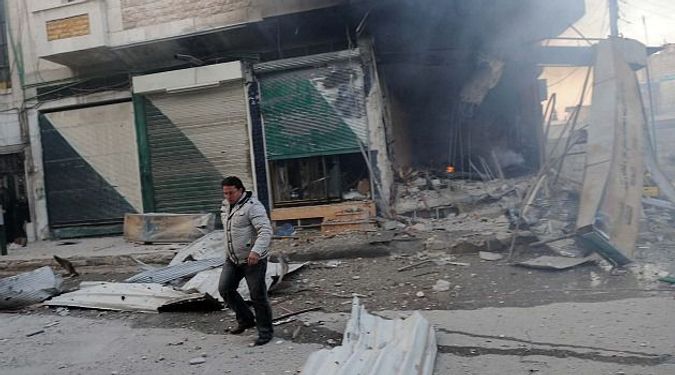 Syrian Stand-Off: The uprising in Syria has turned into a bloody struggle between a regime that still thinks it has the upper hand and an opposition that will not turn back. Image by getty images

This past year was a historic one for the Arab world. The regional security order that has been in place for decades has been upended, and there is great uncertainty as to the new political, economic and security dynamics taking shape. The near future will be complex and volatile, and nowhere more so than in Syria. The uprising is challenging longstanding alliances and risks triggering a region-wide conflict.

Of all the Arab revolts, the Syrian one is by far the most geopolitically significant. Syria is a fault line in Middle Eastern politics, of great importance to all the regional players, including Iran, Turkey, Iraq, Israel, Saudi Arabia, Jordan, Lebanon, Hezbollah and Hamas. While there is a certain inevitability to Bashar al-Assad’s ouster, his regime still has the means to turn this into a protracted, bloody fight. The state of disarray among the Syrian opposition, the regime’s hold over the military and security services despite the thousands of defections, and the support Assad still enjoys from Russia, China and Iran stand as obstacles to a quick denouement.

The uprising has turned into an existential struggle between a regime that still believes it has the military means to kill its way out of the crisis and large swaths of the Syrian population who believe they will be massacred if they fail to oust the Assads. The regime does not think it is losing, and it sees no reason to negotiate. The activists on the ground have also moved past the point of dialogue. Increasingly, they are seeing armed struggle as the best means to get rid of Assad. And to arm the opposition, they are calling on outside forces, including the Free Syrian Army, a loose collection of disparate groupings of military defectors and citizens who took up weapons to defend their neighborhoods.

While the Obama administration is reluctant to supply arms to the Syrian opposition for fear of further militarizing the situation, America’s secretary of state, Hillary Rodham Clinton, speaking in London this February, hinted that “somewhere, somehow” Syria’s opposition would receive weapons. The Saudi foreign minister’s recent declaration in Tunis that arming the Syrian rebels is “an excellent idea” gives us a hint about the identity of the potential arms supplier. It is only a matter of time before weapons destined for the opposition ranks start flowing into Syria. Unlike the other Arab uprisings, which at their core remained citizen struggles against authoritarian regimes for freedom, dignity and an opportunity at a decent living, the Syrian citizen revolt is quickly turning into an arena for regional proxy wars between the United States and Russia, the United States and Iran, and Saudi Arabia and Iran.

Everyone has a stake, because Assad’s fall will be a game changer. For Washington and its main Arab ally, Saudi Arabia, it will undermine Iran’s regional posture. For Iran, losing Assad will complicate its game in Iraq, deny the Iran-Syria-Hezbollah alliance its linchpin and thereby weaken Hezbollah. Turkey fears the growing instability and sectarian polarization inside Syria,, with which it shares a long border. Turkey’s modus operandi has been to follow the Arab League’s lead in defining a pathway for Assad’s ouster. In the interim, the Turks are positioning themselves to play an important role in future Syrian domestic politics. The headquarters of the Syrian National Council, the largest constellation of Syrian political opposition groups and the leadership of the Free Syrian Army, is, after all, in Turkey at the moment. The Turkish government has established strong contacts inside both organizations and is gaining influence over their respective leadership.

It is Iran that stands to lose the most from Assad’s fall. Its strategy for Syria is long and nuanced, but filled with risk. On one hand, it stands firm in its support of Assad, sending his regime material, financial and military support to try and shore up his chances of political survival. Former Syrian officials have reported the presence of Iranian advisers in Syria assisting the regime, especially in the areas of electronic and telecommunications capacity building. Iranian officials are also trying to prevent a Libya-like military intervention in Syria by raising the costs of such action. The Iranian supreme leader warned of a regional war in case of a military intervention in Syria. On the other hand, Iranian officials have also reached out to Syrian opposition groups. There are factions inside the Syrian opposition who support an Iranian regional role as a counterweight to the United States and Israel. These opposition voices argue that absent a regional peace settlement, Syria should continue bolstering Hezbollah’s military arsenal as an important component of its defensive strategy.

In the long term, it is unlikey that Iran will be able to preserve the close alliance it has built and nurtured during the past 30 years with the Assad regime. Its best hope is that whoever replaces Assad will not be hostile to Iran or to Hezbollah. If the regime can’t keep Assad in power, then what will best serve Iran’s interests is a protracted stalemate that weakens all protagonists in the conflict, deepens the fragmentation inside the opposition ranks and creates opportunities for Iran to develop new pockets of influence.

The Iranian regime is a rational and pragmatic actor. As long as it believes that Assad is inside the “immunity zone,”it will support him. At some point, the regime’s support will reach the point of diminishing returns. Only then will it abandon Assad’s sinking ship.

Randa Slim is an adjunct research fellow at the New America Foundation and a scholar at the Middle East Institute. You can follow her commentary on Middle East politics on Twitter @rmslim.