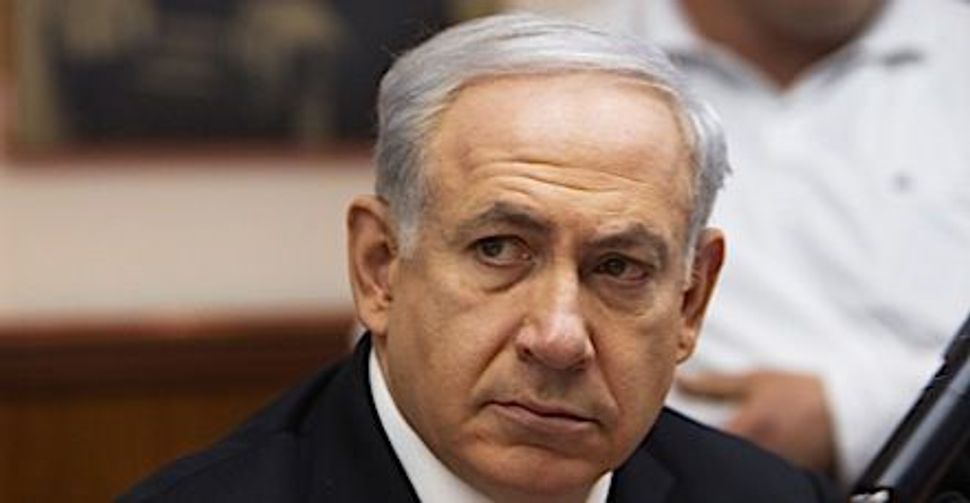 The pioneering 19th century Yiddish novelist Mendele Mocher-Sefarim (Mendele the Book-Peddler) was best known for lovable characters like “Fishke the Lame” and poor “Benjamin the Third,” but he started his career writing biting satires about corrupt Jewish community leaders. 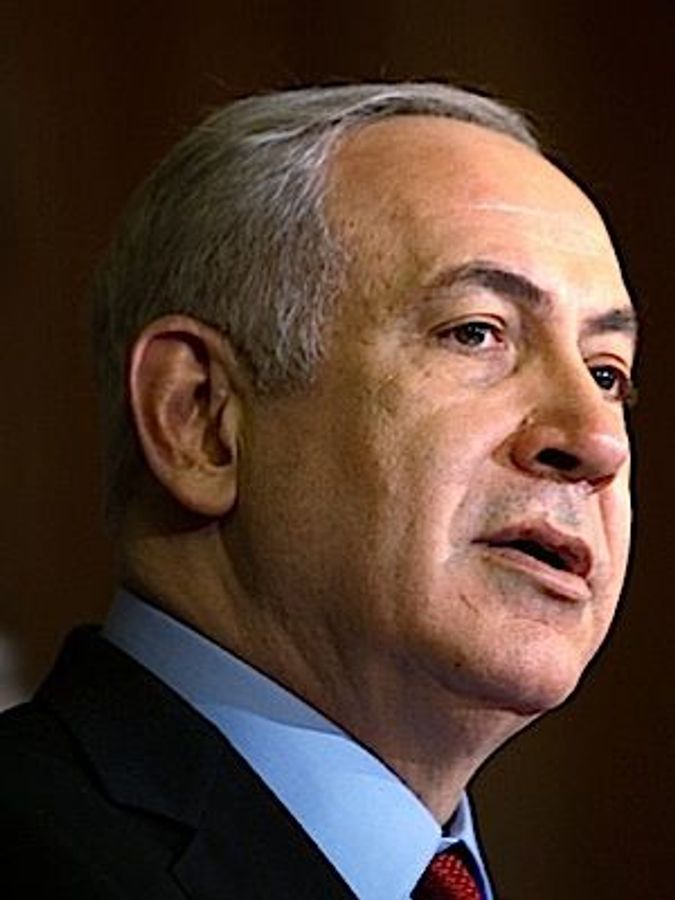 It’s hard to know which genre he’d be writing if he lived in Israel today. The leader of the Jewish state, Benjamin “Bibi” Netanyahu, has an office riddled with scandals the likes of which Israel hasn’t seen in decades, if ever. But they’re not the usual scandals of graft and corruption. It’s more a meltdown of his immediate surroundings, to the point where you almost feel sorry for him, like poor Fishke.

The problem isn’t exactly job performance. He’s gotten the Palestinian issue off the world’s front pages, President Obama treats him like a friend and he’s riding high in the polls.

His bureau, alas, is looking like the Borgia court, filled with intrigue and backstabbing to the point of dysfunction. Israel’s news media have been deluged for weeks with reports of officials betraying each other, sabotaging each others’ work and filing legal complaints. Netanyahu stands in the middle of the chaos looking clueless, unable to control his staff or operations. The question isn’t honesty but basic competence. It might almost be comical, if he weren’t the leader of a nation battling to survive.

Three main scandals dominate Israel’s front pages, each involving one of Netanyahu’s most trusted aides. One, Uzi Arad, was his closest security adviser for nearly two decades until he quit last year amid rumored security breaches. The second, Natan Eshel, was his chief of staff, considered the essential glue that kept operations running until he quit in February over allegations of sexual misconduct. The third is his closest political ally, defense minister Ehud Barak, who is embroiled with an ugly feud with former military chief of staff Gabi Ashkenazi.

The Uzi Arad scandal is probably the most damning. Netanyahu’s top adviser during his first premiership in the 1990s, Arad remained close and came back as head of the National Security Council when Netanyahu returned to office in 2009. His mandate was to implement a 2008 law giving the toothless council real clout to coordinate Israel’s fractious security agencies.

Unfortunately, several key players resisted being coordinated. Arad found himself entangled in a web of suspicions, accused of leaking state secrets, subjected to repeated, humiliating investigations by the Shin Bet secret service. Cleared of suspicion, he never regained his boss’s trust, partly, he claims, because he drafted an Iran strategy report that included non-military options, which Netanyahu saw as sabotage. Arad finally resigned in disgust in March 2011, only to be cited in a judicial report as admitting leaking on grounds that his resignation constituted a confession.

A year later he’s gone public in a lengthy interview with Yediot Ahronot’s Nahum Barnea and Shimon Shiffer. He paints a hair-raising picture of the prime minister’s office as a snake-pit awash in rumor and intrigue involving a few key aides and first lady Sara Netanyahu. The prime minister himself is depicted as weak-willed, easily manipulated and paranoid, convinced the State Controller’s Office, the independent government investigator, is out to “destroy” him. The controller, the interviewers write, is about to issue a report on the aborted security council that will confirm much of Arad’s story.

The most sensational scandal involves former chief of staff Eshel. He was accused in late January of unwanted advances toward a subordinate known as R. The accusers were three top aides: his military secretary, communications chief and cabinet secretary. Aware that R. was afraid to speak up, they took their allegations to the state prosecutor, who opened a probe. Netanyahu initially stood by Eshel, considered a favorite of Sara’s. He eventually accepted Eshel’s resignation but severely reprimanded the three aides for blowing the whistle, saying they’d lost his trust. One resigned. Another is on notice. Eshel copped a plea bargain.

These crises pale, however, next to the feud between defense minister Barak and his nemesis, Ashkenazi. Attentive readers may recall their public mud-fight in 2010 over choosing Ashkenazi’s successor. The fight became a scandal when a forged document surfaced, apparently concocted by an Ashkenazi ally to discredit Barak’s favored nominee. Barak eventually picked his favorite, only to see him sidelined by an unrelated real-estate scandal.

The State Controller just completed a study of the forgery and surrounding circumstances. Those who’ve seen the report say it’s an ugly portrait of Israel’s two highest defense officials barely on speaking terms. Barak reportedly was intensely jealous of Ashkenazi’s public popularity, to the point where the general feared appearing in public with Barak, knowing he’d be cheered and Barak wouldn’t and he’d pay the price the next day in petty insults or budget requests denied. It’s Ashkenazi, however, who’s reportedly hurt most. The report describes the general’s staff collecting gossip on the minister for use in future infighting. Observers say it’ll kill the dovish Ashkenazi’s political ambitions.

Much of the report draws on taped conversations from recording devices installed in the two men’s offices when the current Defense Ministry was built some years ago. Ashkenazi was apparently unaware of the devices and let damning conversations take place in his presence. Barak reportedly told the controller his recording system was accidentally disabled by a misplaced air conditioner. No tapes. Sorry.

In fact, it’s said, Barak has a long history of disappearing records. After serving as interior minister under Yitzhak Rabin, he vacated the office with all hard drives wiped clean, leaving no records for his successor. One long-serving Barak aide, Haim Mendel-Shaked, was so devoted to cleansing his boss’s records that reporters called him Mendele Mochek-Sefarim (Mendele the Book-Eraser).

Incidentally, Mendele quit Barak’s employ in August 2000 when, as prime minister, Barak’s bureau imploded. That was Israel’s worst such meltdown. Until now.