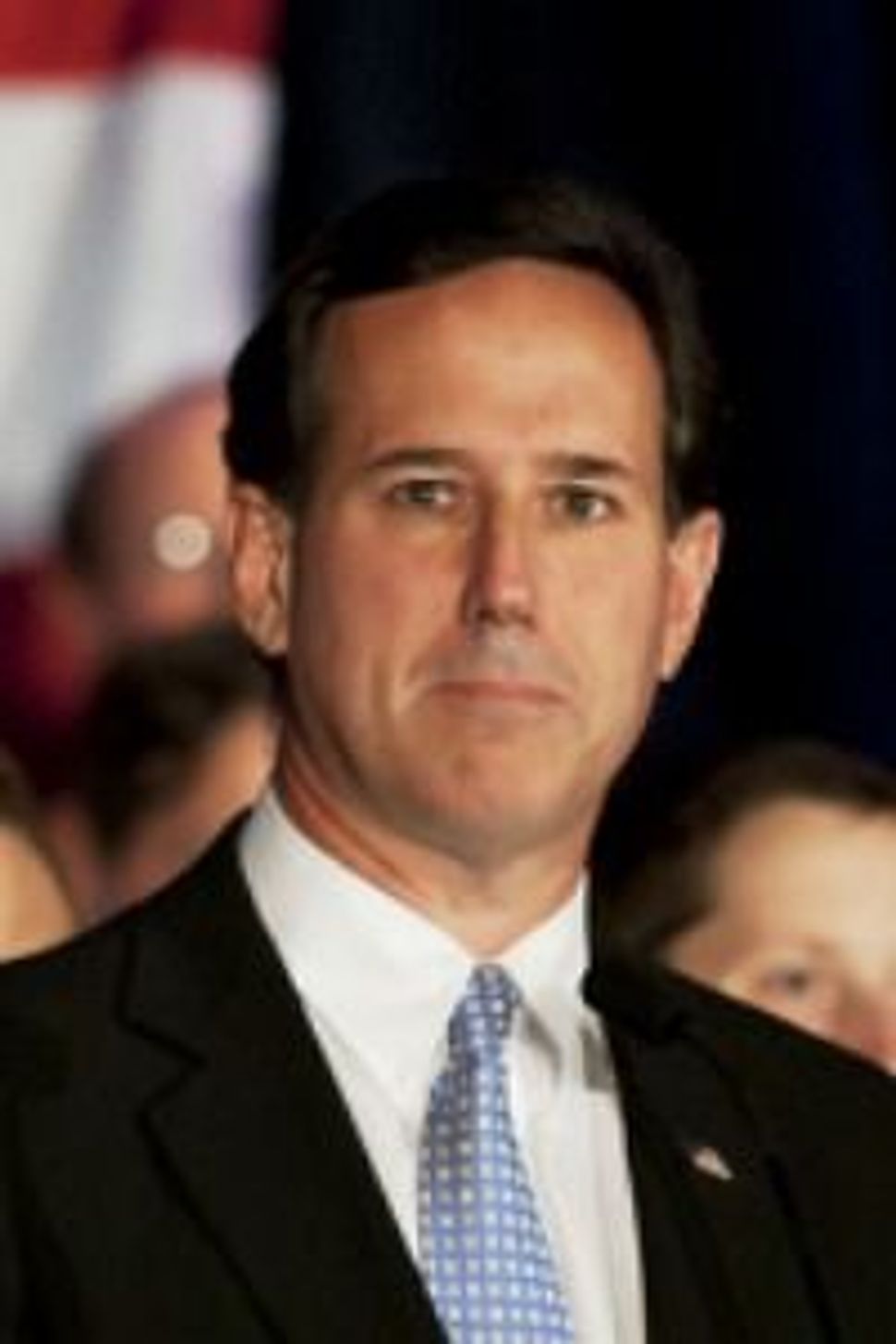 With Rick Santroum’s exit from the presidential race, Jewish supporters of the conservative candidate say that they’re ready to back his onetime rival Mitt Romney.

“We’re happy he stayed in as long as he did,” said David Shor, creator of the website Jews Pick Rick. “We’re going to unite behind Mitt Romney and hopefully we’ll be able to beat Obama in the general election.”

Always a dark horse, Santorum enjoyed a moment of plausibility as a candidate in March as the Republican field narrowed. His exit appears to make official what had long been presumed: Romney will eventually face Obama in the general election.

Though he was considered a favorite of Christian conservatives, Santorum enjoyed particular support among Orthodox Jews, as Forward reported in late March. Orthodox supporters pointed to Santorum’s focus on social issues, and on a personal life that resembled their own.

“I’m sure they’ll go to Romney,” Shor said of his fellow Orthodox Jewish Santorum supporters. “I don’t think [Obama] will be able to get the Jewish Orthodox vote.”

Other Santorum supporters were upset at the news.

“This is a big disappointment,” allowed Yochonon Donn, an editor at the Orthodox daily Hamodia who is a Santorum supporter in his personal capacity. “I think ultimately whoever would have supported [Santorum], they will go for Romney. They’re not going to go for Obama. I don’t think they will stay home.”

Republican Jewish Coalition president Matt Brooks said that Santorum’s exit from the race marks a turning point. Even though Newt Gingrich and Ron Paul are still in the race, Brooks said there is little to stop Romney now.

“I think by and large you’re going to see most people start to coalesce, if they haven’t already, around Romney, who I think by all accounts at this point is clearly the likely nominee,” Brooks said. “(He) is on track to lock that up and then face Obama in the fall.”