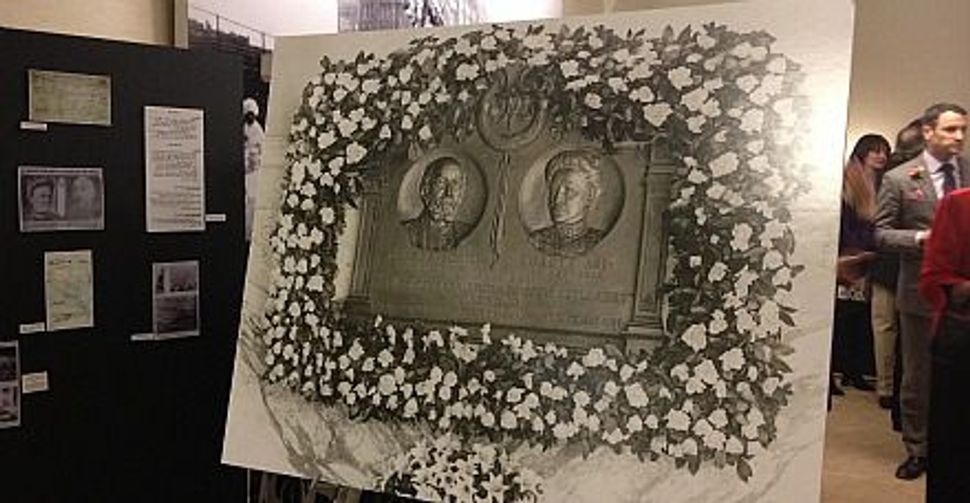 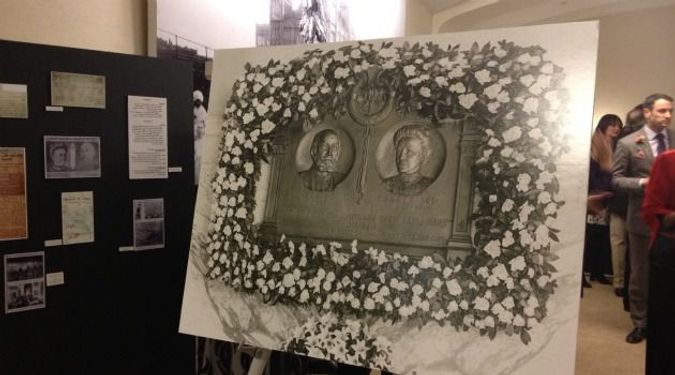 Not the Real Thing: A photograph of the plaque at its June 1913 unveiling was on display at a Macy?s reception for the Straus family. Image by Paul Berger

C’mon Macy’s. Honor your heritage. Demonstrate your respect for those who worked in your store a century ago. Show us the plaque.

We refer to the bronze, bas-relief plaque, emblazoned with the profiles of Ida and Isidor Straus, who famously refused offers to escape the sinking Titanic 100 years ago and died together in the frigid waters of the North Atlantic. The Strauses left a legacy of business and philanthropic achievement, highlighted by the Macy’s department store, where Isidor Straus was known as the kind of boss who, literally, knew the names of his many employees.

Five thousand of those employees pooled their money to create a memorial plaque that was unveiled a little more than a year after the Titanic went down and was proudly displayed at Macy’s flagship store on Herald Square — until it wasn’t. As the Forward’s Paul Berger has reported, Macy’s offers several unpersuasive reasons for why the plaque is now off-limits to the public. Something about renovations. Or security. Or whatever.

C’mon. The Strauses and their employees deserve better.