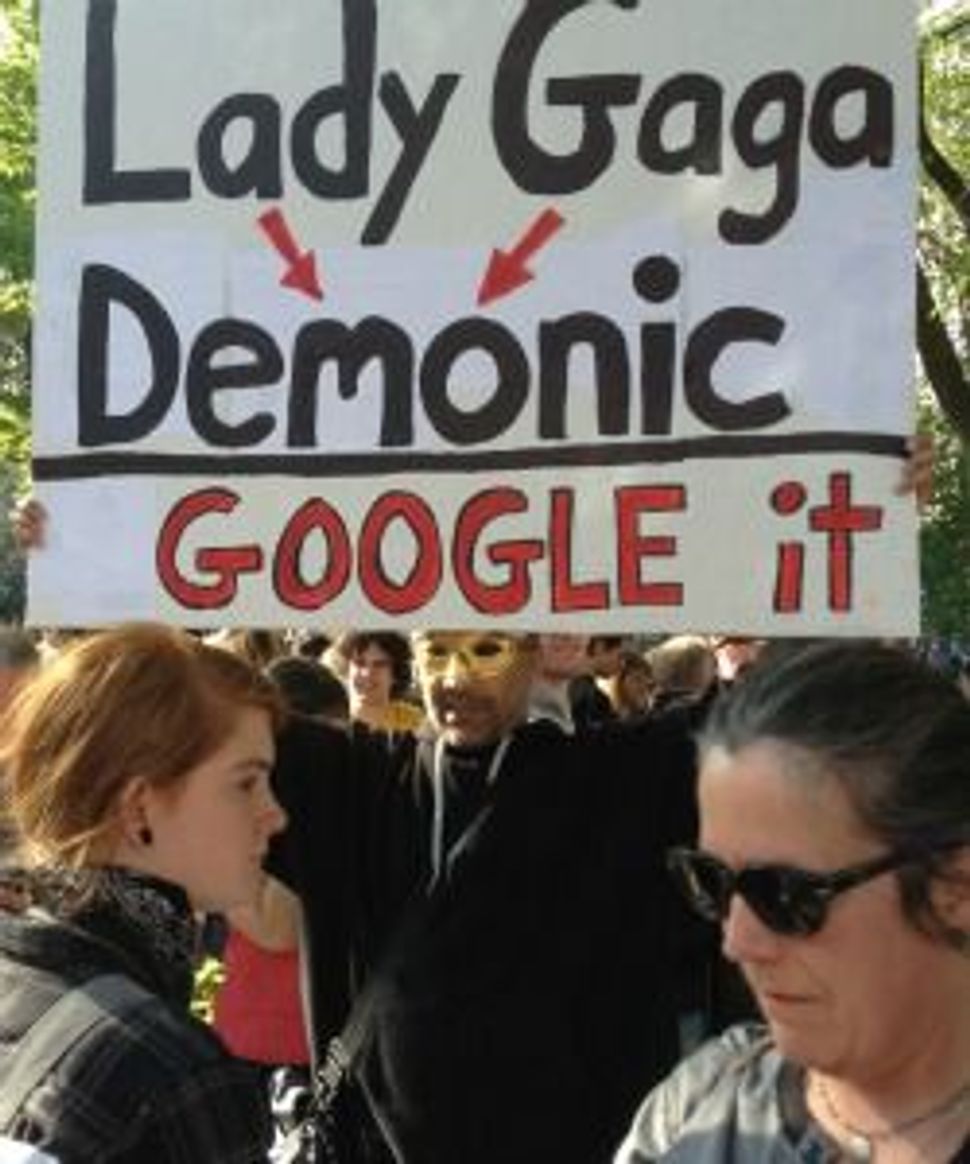 Remember this guy? The one who stood in front of Occupy Wall Street protests with the sign “Google: Zionists Control Wall St.”?

Well, he’s back, and he may have moved on from anti-Semitic canards to pop culture. Now he wants us to Google: “Lady Gaga Demonic.”

You read that right. Your guess is as good as mine.

The placard-bearer, who identified himself as Dave Smith in an October interview with Salon, was no joke last fall. His “Zionists Control Wall St.” sign was a key exhibit in the argument that the Occupy movement was rife with anti-Semitism. He was featured in at least half of the clips of purported anti-Semites at Occupy Wall Street in a video produced by the Emergency Committee for Israel that slammed key Democrats for professing their support for Occupy activists. Pictures of him turned up everywhere, and his sign was the subject of news coverage.

Occupy activists took to standing next to Smith with signs disavowing his message, and on at least one occasion in September actually chased him out of their protest.

The Forward reported in October that Smith had been seen carrying an anti-Semitic placard in the Financial District early in the summer, months before the Occupy protests began.

Smith faded from the scene as the Occupy movement fizzled during the winter months. But he was in Union Square yesterday at the May 1 rally that was the centerpiece of the day of protest called by Occupy activists, wearing a small gold-colored mask apparently meant to hide his identity.

His sign bore no mention of Jews or Wall Street. Its cryptic message, in its entirety, read: “Lady Gaga Demonic. Google it.”