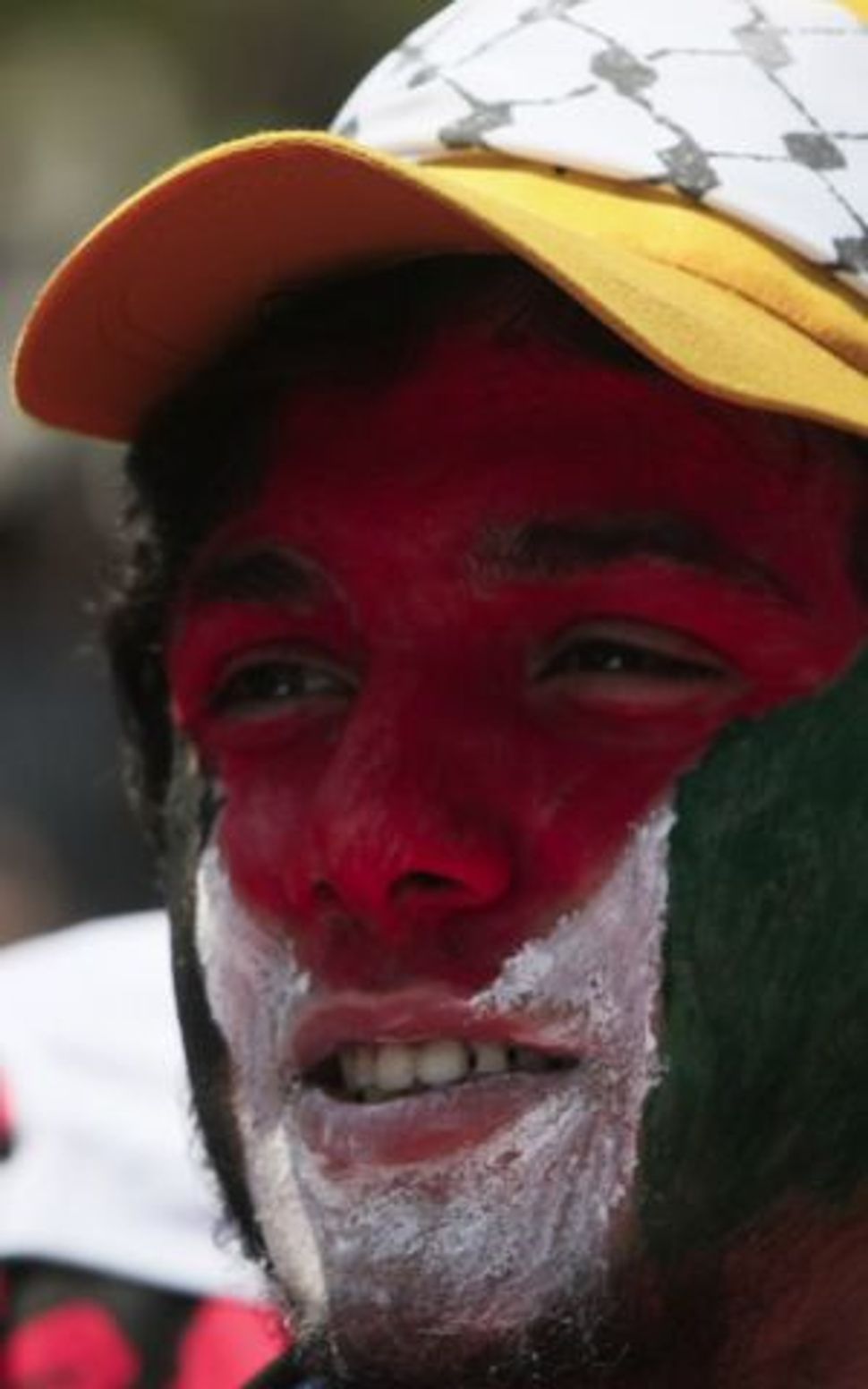 Celebrations of Nakba Day in Gaza on May 15, 2012. Image by Getty Images

It is a tired (and discredited) claim that Jordan is Palestine. But now there is a new one: that Egypt is.

I inadvertently pushed a button I didn’t mean to push earlier this week in a conversation in Gaza City with a group of Islamists, mostly Hamas officials and their supporters. I asked if their frustration with the peace process and unification talks would lead them to look toward Egypt instead of the West Bank, from which it is so isolated. They said such idea was treason.

My question did not come out of the blue. I had come to Gaza as a journalist — on my third trip — at the invitation of a Hamas official, but with no restrictions on my movement or who I could talk to, and had spoken the previous day to a few young enterprising Gazans for whom the West Bank is terra incognito. One, a 25-year old blogger, Jehan Al Farr, had never been to the West Bank until a few weeks before when she went to the American Consulate in East Jerusalem for a visa. She went by official bus and was not allowed off the bus except to go into the consulate and then quickly re-board the bus back to Gaza. She and her friends worry about this. (Israeli amuta Gisha: Legal Center for Freedom of Movement—www.gisha.org—reports on the impediments to travel between Gaza and the West Bank.) In a recent “tweet-up,” Jihan and her friends hotly discussed “Rafah” (shorthand for looking towards Egypt for solutions) versus “Erez,” looking towards the West Bank. Many of her friends, she said, call themselves Gazans and not Palestinians, and that too is a subject for debate. (This sweet-faced young woman told me that the party that most closely reflects her political views is Islamic Jihad.)

There is logic to such talk; Gaza’s only “international” border apart from Israel is with Egypt. Under Mubarak most of the commerce between Gaza and Egypt was illicit through smuggling tunnels, but there is the assumption that if a friendly Islamic government takes over in Egypt, commerce between Egypt and Gaza will be (more or less) free. Nothing cements relationships like commerce; ergo, the possibility of greatly strengthened ties between Gaza and Egypt.

This conversation is not entirely new. Eyad Sarraj, a longtime Gazan human rights activist, has for a while been proposing that there be acknowledgement of Gaza’s separateness, at least for now, by an official declaration of a Palestinian state in Gaza with Mahmoud Abbas as its president.

An article appeared in The Christian Science Monitor last month proposing that Gaza be returned to Egypt, which would, the author argues, remove a sticking point in the Israeli-Palestinian peace process, and bring stability to the region. “A post-Mubarak Egypt could have a moderating influence on Hamas, while giving the Gazan people a voice and ensuring greater security for Israel.”

Splitting off Gaza has other adherents in Israel, especially among the most extremist settlers, who believe they can win the demographic war with Arabs in a “democratic” state stretching from the Jordan to the sea because they reproduce at a rate many times that of most Arabs. The math almost works, but only if you do not count Gaza.
Gaza’s prime minister, Ismael Haniya, is certainly against the idea. He stated recently that despite Gaza’s desperate need for Egyptian fuel, they will not allow Gaza to be dominated by Egypt. He called attaching Gaza to Egypt “an Israeli project aimed at separating the Gaza Strip from the Palestinian territories.”

Does Egypt want Gaza? Resoundingly, no. Their cut-off of subsidized fuel a few months ago was, according to some, motivated at least in part by their desire to block Gaza’s increasing independence and instead ensure the unity of the Palestinian people. And they have other concerns as well. The large Bedouin and 50,000-strong Palestinian population in the Sinai are regarded as something of a fifth column.

In a discourse in which clarity is rare, this much is clear: Just as Jordan is not Palestine, neither is Egypt.