Who Took Over Bill Kristol’s Body? 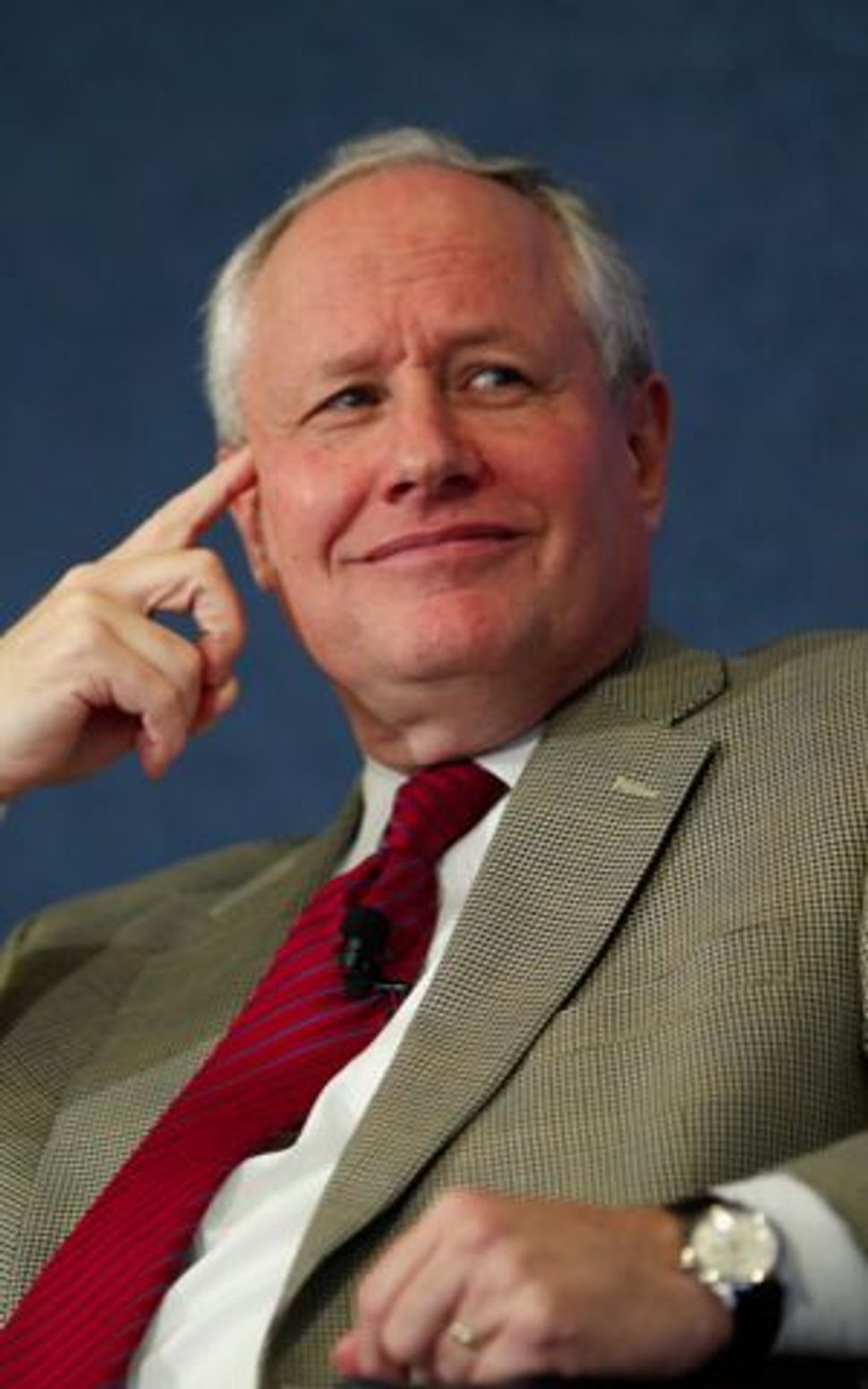 Emergency Committee for Israel board member Bill Kristol told an Upper West Side audience last night that President Obama has “moved back to the center” on Israel.

The statement, one of a number of kind words Kristol had for Obama, came just two months after ECI released a video calling the president’s Israel policy “dangerous.”

“Barack Obama promised to be an unwavering friend and defender of Israel,” the ECI said. “It is deeply unfortunate and dangerous that he has failed to keep this promise.”

Kristol, the editor of the conservative Weekly Standard and a board member of a number of right-wing advocacy groups, including the hawkish Emergency Committee for Israel, praised the president during a debate with Jeremy Ben-Ami, the executive director of the dovish pro-Israel group J Street. Forward editor Jane Eisner moderated the discussion.

Kristol’s group ECI is known for its bombastic criticism of the president. The group raised $700,000 during its 2011 fiscal year, and has spent heavily on high-profile newspaper and billboard advertisements condemning Obama’s Israel policy.

But Kristol repeatedly praised the president during the Upper West Side debate.

“I am happy to agree with Obama to a considerable degree,” Kristol said, according to Chemi Shalev in Haaretz.

At other points during the evening, Kristol called Obama “sensible” and said he was “doing the right thing” on Israel, according to Eisner. Shalev reported that Kristol thought Obama’s 2012 AIPAC speech far better than his 2009 speech in Cairo.

That’s all in sharp contrast to ECI’s recent video, which has been viewed nearly 300,000 times on YouTube, and to a series of ad buys the group has made in major newspapers in recent months.

“Why does the Obama administration treat Israel like a punching bag?” read one ECI ad that ran in the New York Times in December.

In a statement pegged to the release of the ad, Kristol was quoted asserting that: “The Obama administration has been using Israel as a punching bag.”

Kristol did not account for the distance between his rhetoric in the debate and the ads his organization ran in the New York Times.

ECI treasurer Michael Goldfarb did not immediately respond to a request for comment.

Who Took Over Bill Kristol’s Body?