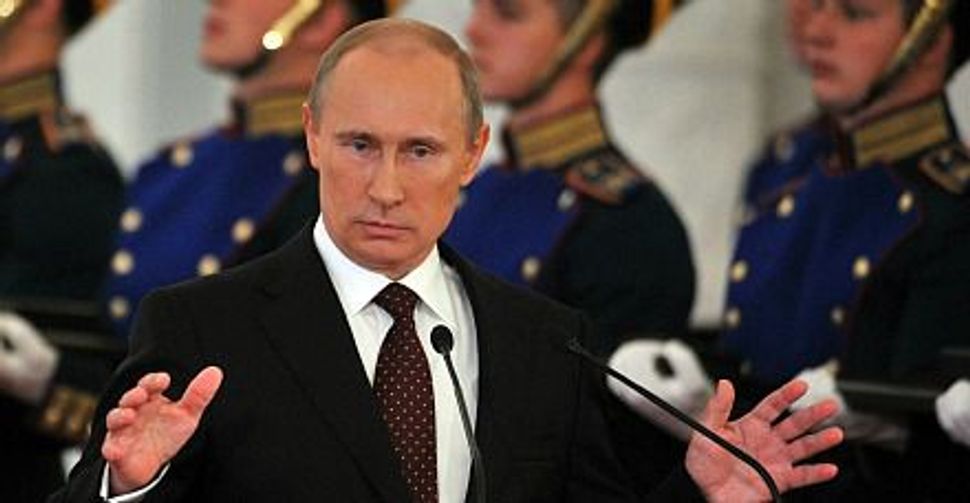 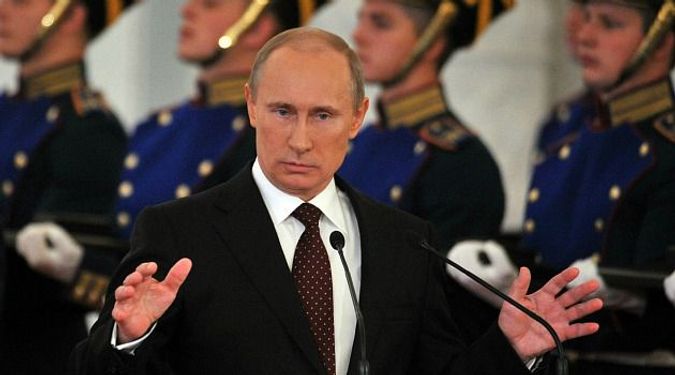 It’s official. This summer, Russian president Vladimir Putin will be taking a trip to Israel, his first since 2005. It’s the consummation of a relationship that has been fostered by Israel’s Moldovan-born foreign minister, Avigdor Lieberman, who also recently described Israeli-Russian relations — after 20 years of diplomatic contact — as “very positive.”

That may be, and the fact that Putin and Lieberman speak the same language (literally, that is) probably has helped to solidify a certain rapport between the two countries. But it would be a serious mistake at this particular moment to accord the Russian president the honor of a state visit. Not simply because he is turning into more and more of a despot every day, flouting the rule of law and human rights, but also because Russia’s reckless and immoral actions in the Middle East could have negative consequences for Israel.

On the domestic front, Putin, who recently slipped back into the post of president, has been ruthless in suppressing dissent, far surpassing any measures that were taken in the 12 years since he first took the presidency. Almost immediately, he passed a law imposing crippling fines on anyone taking part in unauthorized demonstrations. And, in early June, his efforts took a turn toward the Soviet. In order to undermine a planned protest in Moscow, the Kremlin carried out a series of coordinated raids against well-known opposition figures, ransacking their homes, confiscating money, and detaining them for hours.

Even if one were to argue that this is Putin’s internal affair and that Israel has no grounds for protesting the actions of a supposedly democratically elected president, there is still the matter of Syria.

Russia’s devastating role in the human tragedy unfolding in Israel’s neighborhood is undeniable and difficult to overestimate. With a couple of horrific civilian massacres in the past few weeks — and an increasing number of dead children — the world seems finally focused on the crisis. This hasn’t brought resolution any closer. Military intervention is still opposed by nearly everyone as too unpredictable an option. But even if the West is still moving too slow, Russia has only made matters exponentially worse. It has obstructed even the most symbolic attempts in the United Nations to condemn Basher al-Assad’s regime. And Putin’s continued support for Assad — not just with diplomatic backup, but with weapons as well, including attack helicopters — has only made the Syrian dictator that much more intransigent.

For economic reasons, because it doesn’t want to cede its last foothold in the Middle East, and because Putin (like China’s leaders) sees the issue of sovereignty as trumping human rights, Russia has become an accomplice to a terrible amount of innocent bloodletting.

No one has a good answer for how to solve the problem of Syria, but the first step, unquestionably, is to isolate Assad. That can’t happen as long as Putin stands by his side.

Perhaps surprisingly, Lieberman in Israel has been able to articulate the damage being done. He recently offered humanitarian aid to Syria through the International Committee of the Red Cross. “The Jewish state cannot sit by and do nothing while these atrocities are taking place in a neighboring state and people are losing their entire world,” Lieberman said. “Even though Israel cannot intervene in events occurring in a country with which it does not have diplomatic relations, it is nevertheless our moral duty to extend humanitarian aid and inspire the world to put an end to the slaughter.”

Beautiful words and sentiments. Unfortunately, Lieberman doesn’t seem to understand that his friend Vladimir is aiding and abetting that slaughter. On Lieberman’s last trip to Moscow, this past December, while he was praising Putin’s election as fair and democratic (a judgment that a senior foreign ministry official anonymously denounced as “disgraceful”), Russia was at that moment reportedly delivering Yakhont cruise missiles to Syria. There was no word then or now from Lieberman about his own “moral duty.”

In addition to morality, there is also the not insignificant question of national interest. Israel has nothing to gain from such instability and violence across one of its borders and seemingly much to gain from an ousted Assad (which would also be a serious setback for Iran).

But it’s not too late for Lieberman and Prime Minister Benjamin Netanyahu to make the most dramatic statement possible about their principles. Israel should not associate itself with a leader like Putin, who worries only about perpetuating his own power.

Watching the bloodshed in Syria, Lieberman said, “We are human beings first, before we are politicians, leaders, commentators and journalists.” It’s time, then, to act like a human being. Disinvite Putin.