Avert Your Eyes from the Big Apple! 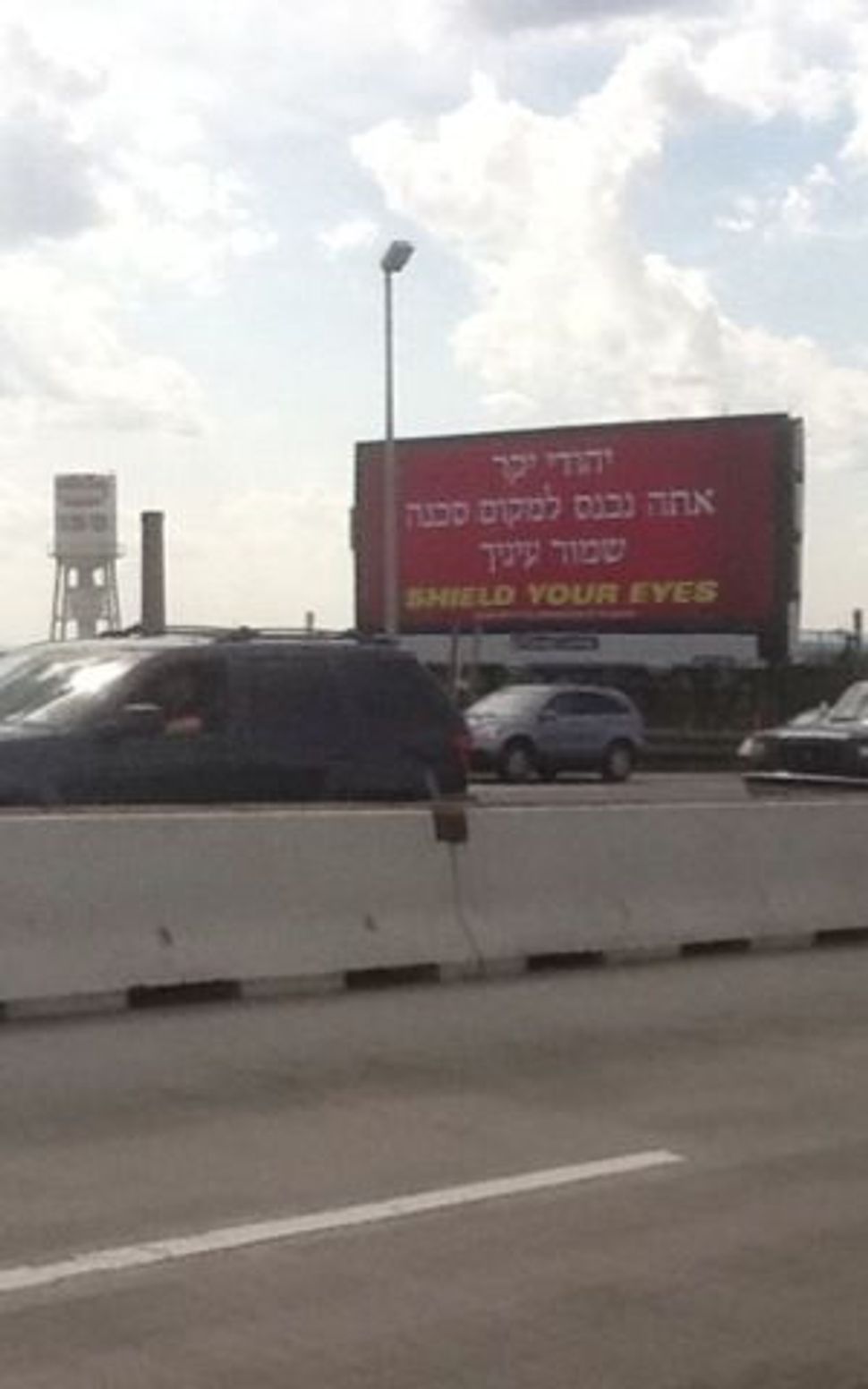 “Dear Jew: You are entering a dangerous place. Shield your eyes.”

That’s the Hebrew-language text on a huge billboard that an Orthodox group has paid to post alongside a Brooklyn highway.

The “dangerous place” is Manhattan. The danger isn’t specified, but it’s clear they’re not talking about muggings.

Presumably directed at ultra-Orthodox Jews traveling to Manhattan for work, the billboard puts a stark spin on the new study out yesterday from the UJA-Federation of New York, which raised the possibility of an impending Orthodox majority among New York Jews.

New York’s Orthodox Jews and non-Orthodox Jews exist in separate, parallel worlds. In the broadest terms, each group has its own borough. Brooklyn Jews are poor, young, and religious. Manhattan Jews are rich, old, and more secular.

While Brooklyn’s Jewish community is exploding, Manhattan’s is shrinking. And judging in part by the highway billboard, the ascendant Brooklynites have little regard for the declining Manhattanites.

Hoping to preserve its massive growth, the ultra-Orthodox community has been on a war footing in recent months, striking back against web access in its homes and yeshivas by holding a massive anti-Internet rally and promulgating new bans against web use.

The billboard, which has been up for at least a few weeks, seems to signify the opening of a new front in the same war. The billboard was sponsored by an organization called the Congregation of Yad Moshe, which appears to have ties to New York State Assemblyman Dov Hikind.

There’s no explanation on the stop sign red billboard, but the message is clear: Manhattan is unkosher. Stay in Brooklyn.

Avert Your Eyes from the Big Apple!