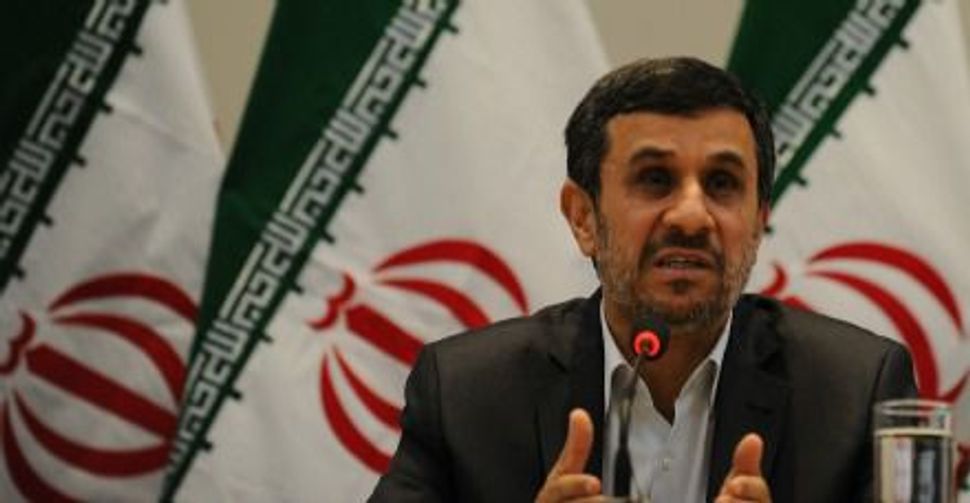 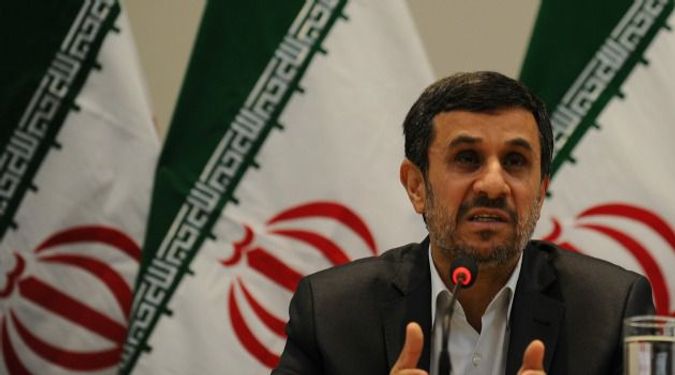 Have No Fear: Some leaders are exploiting Jewish fears of Iranian strongman Mahmoud Ahmadinejad for their own political or financial benefit. Image by getty images

Rabbi Nachman of Bratslav famously said that the main thing is never to be at all afraid. The revered rabbi was wrong. It is madness never to be afraid at all. We need to know whether to hide from the wolves, to slay them, or in some other way defend against them.

That said, it is — or should be — forbidden to exploit people’s fears, to use panic as a political tool, to raise funds or political support by bathing people in a cesspool of unrelieved (and exaggerated) fear.

The occasion for these comments is the coincidental arrival this past week of two documents that violate that prohibition.

The first is a fund-raising letter from AIPAC. It begins with a modest misrepresentation, recalling a march on Washington on October 6, 1943. The march involved some 400 rabbis who showed up at the gates of the White House, AIPAC informs us, “to present to the President irrefutable proof that the Nazis were conducting a wholesale annihilation of European Jews.”

Never mind that such proof had by then been available for many months. Never mind that showing up at the White House gates is not usually the best way to secure a meeting with the President. All that is beside the AIPAC point, which is that this gathering was “the last chance to stop the Holocaust.”

And the reason AIPAC begins its letter by invoking the Holocaust is that it wants us to believe that now, six decades later, with the world in crisis, one crucial thing has changed: AIPAC exists, and because it does, pro-Israel Americans are not turned away at the White House.

It is as simple as that, as simplistic as that. The unstated premise of the argument is that but for AIPAC, Obama would be no less indifferent than Roosevelt was. But that is a blatant mistruth. Israel’s leaders don’t believe it, nor, in fact, does AIPAC; all agree that the Obama administration and Obama himself have been more forthcoming on Israel’s security than any of its predecessors — and that includes, quite specifically, American policy vis a vis Iran.

Yes, Iran is a very serious problem. So is the global financial melt-down; so is global climate change. Dangling the Holocaust in front of us in order to rivet our attention, asserting that “no threat is more critical to Israel, America and the world than the rapidly increasing threat of a nuclear-capable Iran,” is an abuse of history and a misrepresentation of the current danger. It impedes serious discussion and debate.

Believe that AIPAC’s letter is a sober analysis and not an instance of panic-mongering, and it’s only a baby step to the second of this week’s arrivals. It, too, is about Iran. It comes to us from the “Emergency Committee for Israel” in the form of a 30- second video on Youtube. Its key sentence, which precedes a visual of a nuclear explosion, is “Talking isn’t working. It’s time to act before it’s too late.”

The ECI, apparently the brainchild of its chairman, William Kristol, the arch- and unrepentant neo-conservative, is noisy about President Obama’s alleged betrayal of Israel, stands firmly for an undivided Jerusalem (thus against a two-state solution) and, more generally, makes AIPAC look moderate. But even AIPAC, at least formally, accepts (for now) that talking is appropriate, that sanctions may work, that a frontal assault on Iran, whether by Israel or the United States, is not yet required. Not so ECI: Talking is a failure. Ergo, don’t waste your time. Act. Or, more bluntly: Bomb.

Playing with Jewish fears is a pernicious habit. Alas, hope, the obvious antidote to fear, is in short supply these days. Here and there, a tentative trickle, as in Myanmar/Burma, but not more than that. Hope is mostly an act of will, a sign of determination, not an appraisal of our circumstance.

Just last week, Rabbi Rick Jacobs, in his installation sermon as the new president of the Union for Reform Judaism, quoted the wise Dr. Jerry Groopman, who wrote that “Hope is the elevating feeling we experience when we see — in the mind’s eye — a path to a better future.” Ouch: Where is the path, and who are the pathfinders? Shall the path be cleared with hoes or with dynamite? (Diagnosis is so much easier than prescription.)

Still, we are taught by the prophet Zecharia that we are assirei tikvah, prisoners of hope. This week brought not only AIPAC’s exploitive letter and Kristol’s warmongering video, but also the moving words of Aung San Suu Kyi as she accepted, 21 years later, the Nobel Peace Prize awarded her in 1991. Beyond the words, is her life story not evidence for the reasonableness of hope? Long may we remain its prisoners.

Soberly then, hope and fear in proper proportions, inappropriate analogies and language discarded, we return to Iran, to the urgent task of ensuring that it will not acquire nuclear weapons.