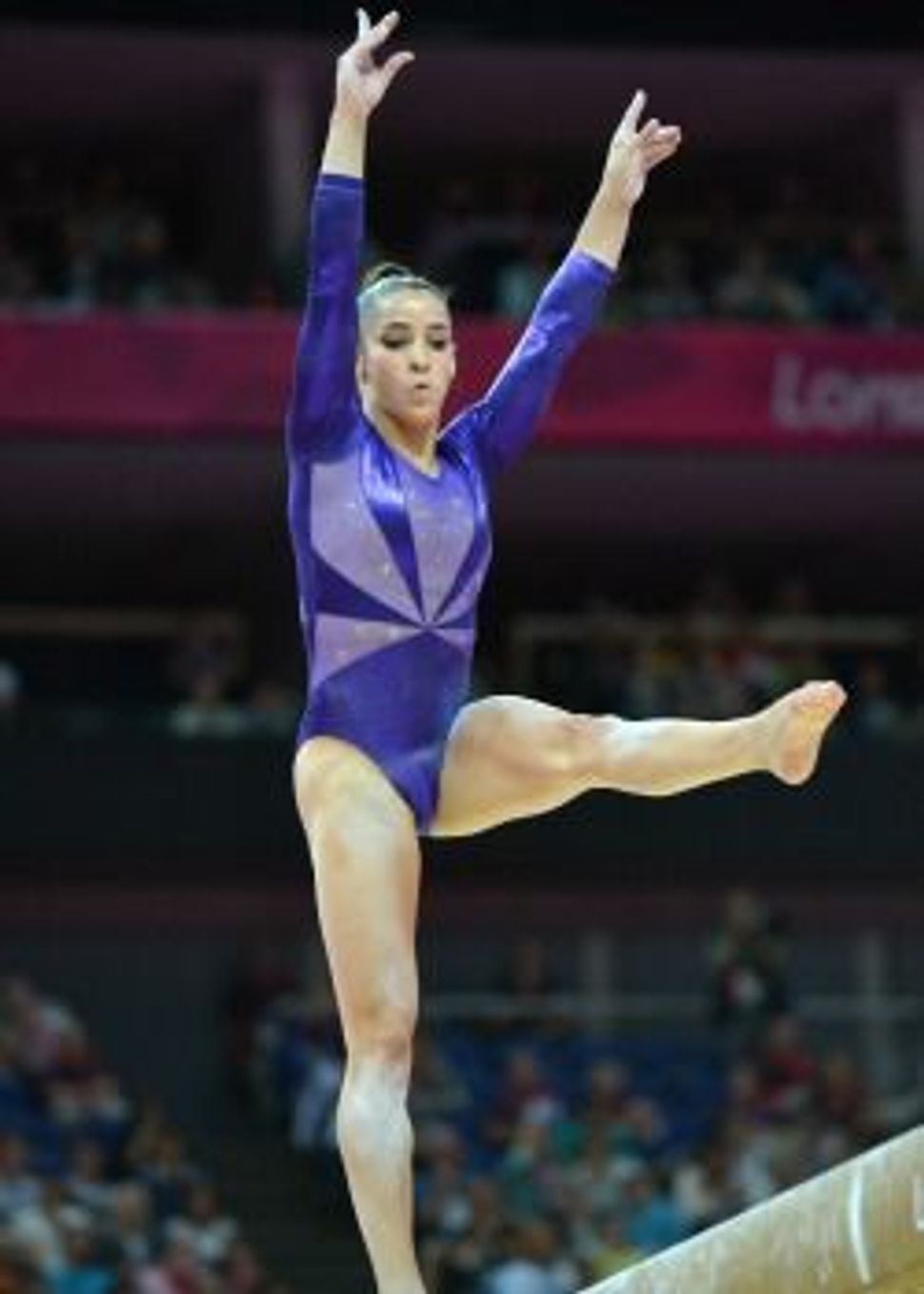 Okay, we all know it’s not nice to judge someone until you’ve walked a mile in their shoes, but it’s unlikely that most of us will have a daughter in the Olympics. Therefore, while judging is off-limits, we sedentary, computer-glued Americans are welcome to laugh uproariously at gymnast Aly Raisman’s parents as they watch their daughter perform in the Olympics.

In case you haven’t been watching, the Raismans got captured on live video, which has proceeded to go viral after being featured on Gawker and elsewhere.

For most of the video, Aly’s dad, Rick, seems almost to be bored. But her mother, Lynn, looks like she’s riding a mechanical bull with a cactus on the saddle. Jerking back and forth in her seat, and apparently completely unaware that a camera is trained fully on her, Lynn mutters throughout the entire performance.

“Come on Aly come on Aly, let’s go, let’s go, handstand, come on Aly, come on, come on, stick it.” Aly’s mother’s face looks like she’s undergoing a nasty medical exam, but her voice conjures up that monotonous science teacher we all had.

At the end Aly’s father Rick chimes in. “Stick it!” he shouts, then settles back in his seat and covers his eyes.

Turning toward the camera, which he seemingly just noticed, Rick laughs. “Ahhh,” he yells, in possibly the best Olympics coverage to ever reach television.

This is what the Olympics is all about, people.