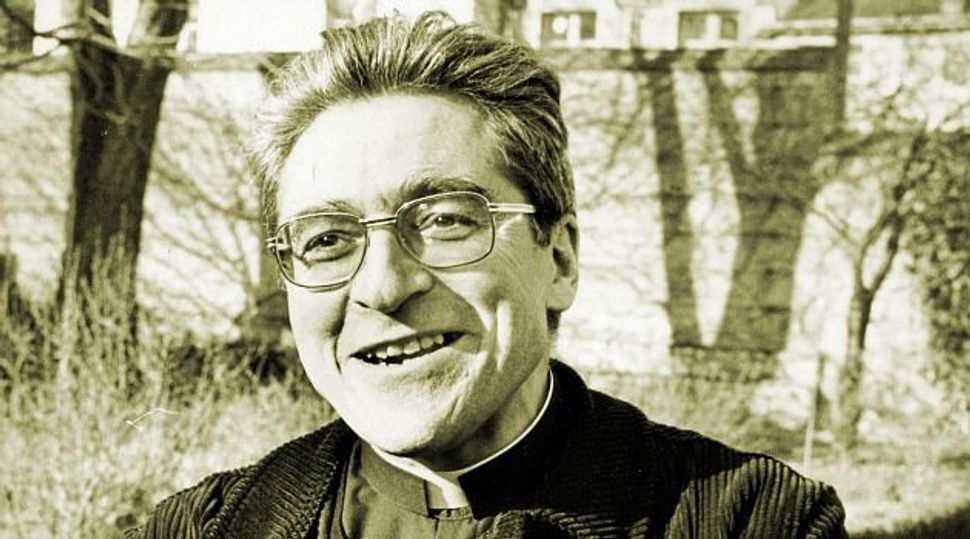 Important Voice: Cardinal Jean-Marie Lustiger, who converted from Judaism, was a stern critic of capitalism and a staunch defender of the Catholic church. Image by ap photo

In the United States, no one born abroad can grow up and become president. In France, any citizen can grow up and become president, or archbishop of Paris — even the son of Jewish immigrants from Poland. August 5 marks the fifth anniversary of the death of Cardinal Jean-Marie Lustiger. With his passing, France lost a public figure whose absence weighs heavily on a nation increasingly uncertain about its political and moral values.

As Henri Tincq’s recently published biography in France underscores, Lustiger had always insisted that the foundations of a good society rested on its recognition of life’s sacredness. Hence his fierce opposition to abortion and euthanasia, but also the reason he broke with official church policy in the late 1980s, urging the use of contraceptives by those afflicted with AIDS. He tirelessly denounced the racism of France’s National Front, identifying the party’s resurgence as posing “the greatest danger to our nation’s conscience.” No less energetically, he railed against the ravages wrought by “savage capitalism” and a society where material consumption had replaced social cohesion.

For Lustiger, this worldview was no less the product of his Jewish birth than of his Catholic conversion.

In late April 1940, as the massive exodus of Frenchmen, women and children began to surge south, ahead of the German Panzers, Aron Lustiger wandered into Orleans Cathedral. His parents, who had come to Paris after World War I, had, as a precautionary measure, sent their 13-year old son, along with his younger sister, Arlette Lustiger, to Orleans the previous year, where they stayed with a gentile family. Stepping inside the cathedral, Lustiger underwent an epiphany — an experience that, despite his parents’ resistance, led him to convert.

During the German occupation, Aron Lustiger was baptized — adding the name Jean-Marie — and sheltered in a series of Catholic institutions. He survived the war, as did his sister and father, who had fled to the so-called Free Zone in southern France. The French police, however, caught his mother, who had tarried in Paris. Deported to Auschwitz in February 1943, Gisèle-Léa Lustiger was murdered soon after her arrival.

For the next half-century, Lustiger sought to make sense of his wartime experience. He assumed the tragic weight of the history of a man who had been hunted by the German SS and the Vichy militia because he was a Jew. That he did so, first as seminarian and priest, then as bishop and cardinal, was an outrage to some — especially Jews — and a paradox to others. As René-Samuel Sirat, chief rabbi of Paris, declared, “One cannot be both a Christian and a Jew.”

And yet, Lustiger never surrendered his double identity. When Pope John-Paul II named him archbishop of Paris, an astonished Lustiger told a reporter: “I have always considered myself Jewish, even if the rabbis do not agree with me. I was born Jewish, and Jewish I’ll remain.” Indeed, during his funeral service at the Cathedral of Notre-Dame, one of his relatives recited the Kaddish, while the leaders of France’s Jewish community — including the chief rabbi — prayed by the side of his coffin.

For Lustiger, the paradox was, in effect, an accident of history. He argued that the early gentile converts to Christianity were hostile to their new faith’s Jewish sources. The anti-Judaism of these con verted pagans, in turn, planted the seeds of Christian anti-Semitism. As a result, Lustiger declared in his many interviews and books, both Jews and Christians lost sight of their common origins and their shared ends. His own life marked, he believed, the return to the path not taken two millennia ago.

While Lustiger’s interpretation of history and scripture won few adherents on either side of the divide, he nevertheless built a lasting bridge between Jews and Catholics in France. He spurred the church’s confrontation with its long history of anti-Semitism, as well as its public “repentance” for its deafening silence during World War II as the French state prepared the ground for the Final Solution. No less important, Lustiger led the difficult negotiations between the Polish Church and Jewish institutions over the Carmelite convent at Auschwitz.

But when he wasn’t building bridges to Judaism (or Islam), Lustiger was busy besieging the walls built by the French Republic’s secularism. While he never challenged the legitimacy of republican institutions, Lustiger insisted on the public role of religion. In 1968, Lustiger was a chaplain at the Sorbonne and thus found himself at the center of the student rebellions that shook France and nearly brought down France’s government. Whereas most intellectuals, including a good number of clergy, supported the rebellion, Lustiger was horrified. The movement’s visceral rejection of authority and ignorance of history, its embrace of violence and cultivation of chaos, struck Lustiger as the work of nihilists.

Lustiger’s obstinate and eloquent insistence on religion’s primordial role in society sparked both admiration and frustration — often in the same person. During the great political debate in the early 1980s over the Socialist government’s effort to oversee Catholic schools, François Mitterrand met with Lustiger on several occasions. While the Socialist president relished these conversations, he also complained about the cardinal’s “unbending” politics. Eventually, Mitterrand’s government withdrew its controversial law to impose greater control over religious schools.

Lustiger famously claimed that the Catholic Church is more important to French culture than the Louvre. That Catholicism is central to France’s history is hardly controversial. More so, however, was Lustiger’s belief that the propagation of this same faith is vital to the nation’s future. Yet girding this belief was Lustiger’s fear of a world in which technology and money increasingly allow us to influence the rhythms of life and death. “There is,” he asserted, “something perverse when research and money impose themselves as ends.” Indeed, he addressed this same criticism at the European Union, whose sole ambition was to create the euro. “By all means a common currency,” Lustiger observed, “but what are our common goals?”

This question, in regard to both the E.U. and our lives, is more pertinent than ever. Just as he never denied the past errors and crimes committed by the church, Lustiger would have found no solace in the current unraveling of the E.U. or in the political corruption scandals in France. Instead, perhaps, he would have seen only the confirmation of his tragic sense of life. All the more reason, he would conclude, for the need of the sacred in life, as well.