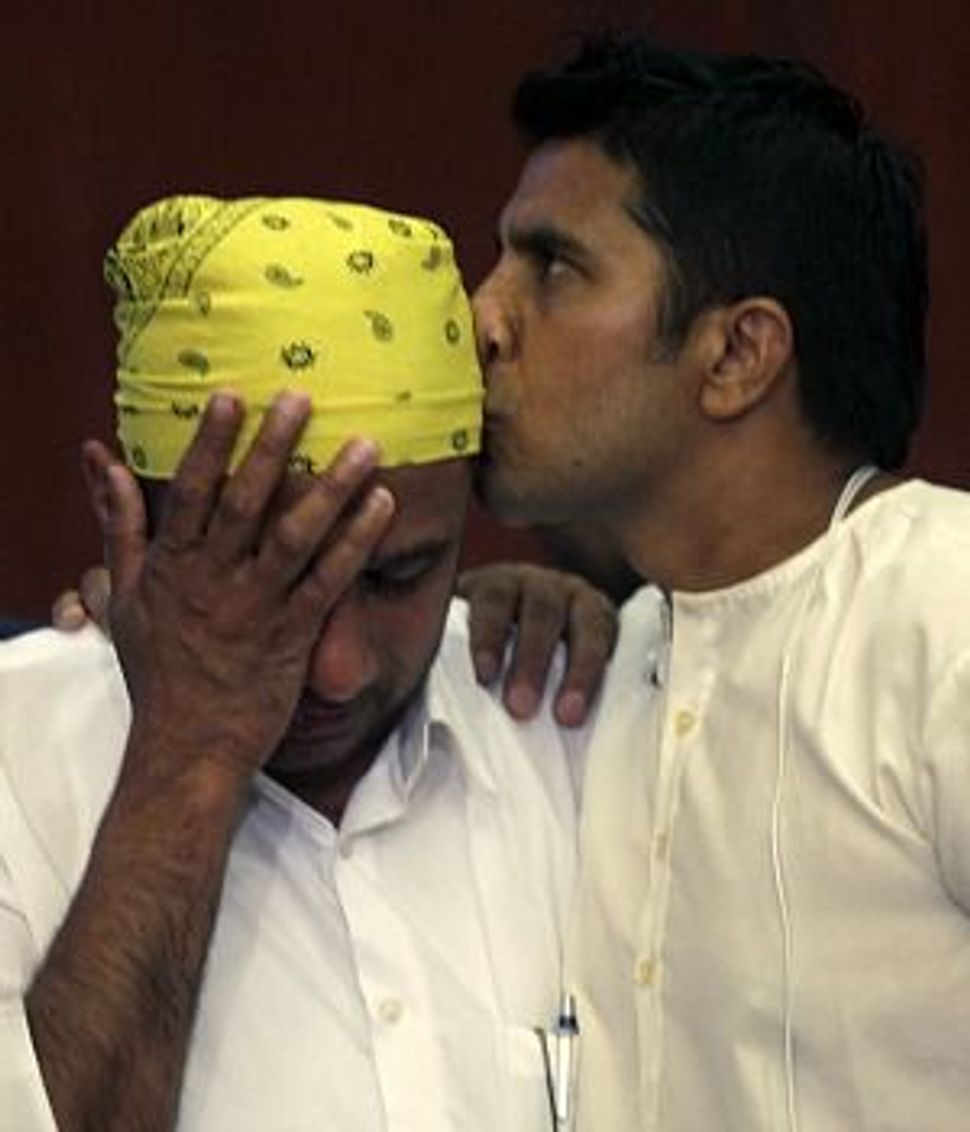 The Jewish Federations of North America chose an odd way to offer condolences to the Sikh community over the weekend shooting rampage that killed six people at a temple in Wisconsin.

After offering its “deepest sympathy” to the victims, the JFNA claimed the mass shooting spotlights the value of a federal Homeland Security grant program dubbed the “Jewish earmark.”

There’s no reason to doubt the JFNA’s sincerity. But in fact, the Sikh killings would seem to be an object lesson in the failure of that program to protect a more diverse slice of Americans.

Not one of the 109 organizations that received the $10 million in nonprofit security grants distributed in 2012 are Sikh.

As the Forward reported, 97% of the funds went to Jewish groups.

“It is with the deepest sympathy that The Jewish Federations stand with and extend our prayers to the Sikh community following this weekend’s deadly attack on the Sikh temple in Oak Creek, Wisconsin,” the JFNA statement began.

It closed: “At this time of national reflection, we must ensure that people of all faiths are safe in their places of worship. Programs like the U.S. Department of Homeland Security’s Nonprofit Security Grant Program are vital to protecting at-risk communities and institutions, enabling us to work, worship, gather, and learn without fear.”

“The attack that occurred on Sunday is exactly the sort of attack that we are hopeful that nonprofit security grant funding would go towards preventing, or least safeguarding against,” Daroff said.

Daroff said that the majority of the program’s funding goes to the Jewish community because of threat assessments made by Homeland Security officials.

“It doesn’t meant that the program should be limited to us, nor is it,” Daroff said. “The question is, why is the federal government whittling away this program that is necessary and should be expanded as homegrown risks grow for both the Jewish community and for other communities.”

There’s nothing written into the grant law that requires that funds distributed through the nonprofit security grant program go to Jews. In practice, though, the vast majority of the grants distributed since the program began in 2005 have disproportionately benefited Jewish groups, and Orthodox Jews in particular. The lobbying efforts of the JFNA have played a major role in preserving the grant program.

So was the JFNA taking the opportunity to suggest that Sikhs apply for the grants, which were slashed in half in the most recent federal budget?

Or was the organization using the occasion of the massacre to draw attention to one of their own earlier legislative successes?