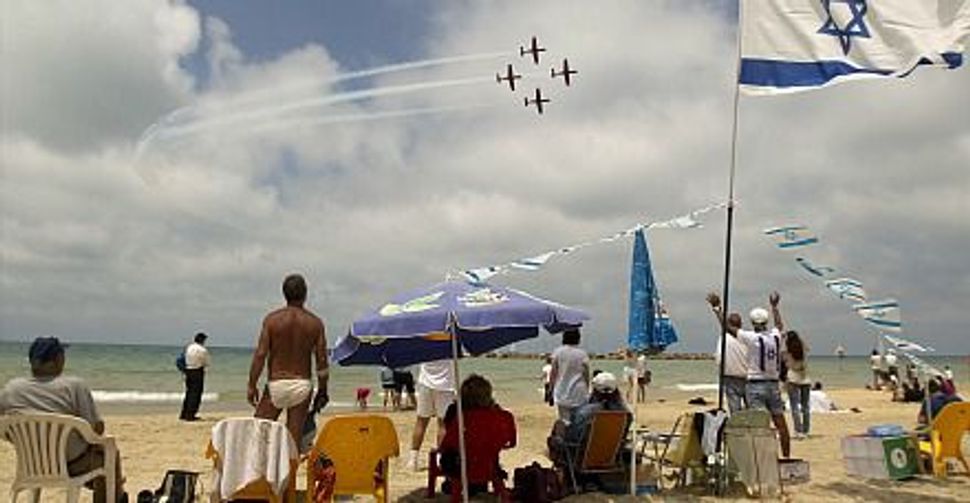 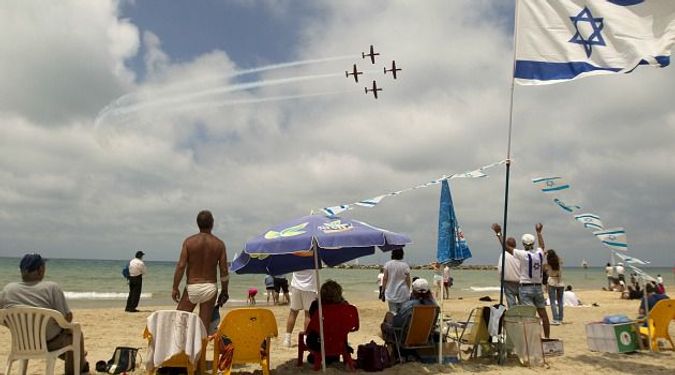 Fear or Loathing? It?s hard to tell if Israelis are resigned to the likelihood of war with Iran, or just convinced their leaders are bluffing. Image by getty images

Listening to Israel’s political leaders, it sounds like the country might be at war by the time this piece goes to press.

The government is counting on profound levels of fear in Israel to buoy its policies. Indeed, in January a survey of mine showed that Jewish respondents chose nuclear Iran as the top threat to the future of the Jewish state. Fully 70% of the Jewish population does not trust American assurances and its diplomatic approach, according to the August Peace Index survey, by the Israel Democracy Institute and Tel Aviv University. In that poll, a 56% majority doesn’t even believe that the international efforts are serious.

It’s odd, therefore, that just a minority of Israeli Jews actually support a unilateral Israeli strike on Iran — barely more than one-quarter in the August Peace Index survey. Different polls from February through April this year showed the same range: Between 19% and 31% support a unilateral strike. In other words, even after months of feverish rhetoric from elected leaders about the urgency of Israeli action, attitudes have not moved at all. Instead of rallying, the public stopped trusting the vocal advocates of a strike, Prime Minister Benjamin Netanyahu and Defense Minister Ehud Barak. Now just one-quarter accept their views, according to the Peace Index; the majority heed the high-level security officials who call for restraint.

Why do so many Israelis, so many of whom are right-wing, oppose the natural policy of the hawks? And if so many disagree, why have they remained silent? There’s no lack of protesting spirit around here lately. Yet the paltry nightly anti-war demonstrations at Barak’s residence, starting mid-August, have been so marginal (and so sweaty) that nobody even bothered to counterprotest.

Regarding the first question, it’s worth noting that large-scale security fears are old news. Already, in 1999, surveys for the Jaffee Center for Strategic Studies showed a very high portion of Israelis who feared Iran and Iraq developing nonconventional weapons. Yet by 2009, studies by the same institute showed that nearly 80% did not believe that Iran would use a nuclear bomb against Israel and that 80% did not believe a nuclear Iran would affect their lives. Ironically, in the past nearly 60% have supported action from the Israel Defense Forces to stop Iran’s weapons program. Now it seems that Israelis just aren’t very afraid of fear itself.

In the cafes of Tel Aviv, there’s something in the air besides war: regular life. In a country that defies normalcy, strange routines provide a certain comfort. A rousing argument over Friday night dinner about existential security threats, this time from Iran, is one of them. When the nightly protesters march past a fancy new restaurant, diners gaze at them quizzically over candlelight.

And for those who can’t afford the restaurant, what doesn’t kill Israelis makes them think about their overdraft. That explains why the faltering social protest still manages to turn out at least several thousand people. Iran elicits collective resignation to the vagaries of war games; suffocating costs of electricity and gasoline — and the rising price of both water and bread — generate real-time rage.

So why aren’t more Israelis voicing their opposition to a strike, beyond talking to pollsters?

Partly because they don’t believe the attack will happen. The loud volume of public debate about a preventive attack has its own subtext: Living room conversations now conclude that if leaders are talking so openly, it can’t be real. A majority in the Peace Index survey says the chances that Israel will actually strike are low.

The mythical status of past operations, such as the bombing of Iraq’s Osirak plant in 1981, and the 2007 attack on a Syrian site, revolves around mystery and surprise. When it comes to security, Israelis are used to a government that acts without asking anyone, and therefore answers to no one.

But that mythical, almost sacred element of security also makes it unknowable. As a result, most regular folks don’t truly expect to be consulted, nor do they expect to have input on even the most monumental security decisions.

Then consider that just one year ago, Israelis mounted the largest protest in their history for economic relief, and nothing changed. If they couldn’t even affect civic policy, most rational citizens cannot seriously believe they’ll have any impact on security policy. Worse, any such protesters are sure to be branded as “left” — and few Israeli Jews want that.

Maybe for some, the denial of an attack is a decent excuse not to protest when citizen action feels so futile. Others may be saving their strength for the next social or economic outrage. The rest are quietly wondering whether it’s worth the hassle of exchanging the old gas mask kits for new ones. Or they’re counting their extra passports.

Dahlia Scheindlin is an independent public opinion researcher and political strategist, as well as a doctoral candidate and lecturer at Tel Aviv University. She blogs at +972 Magazine.