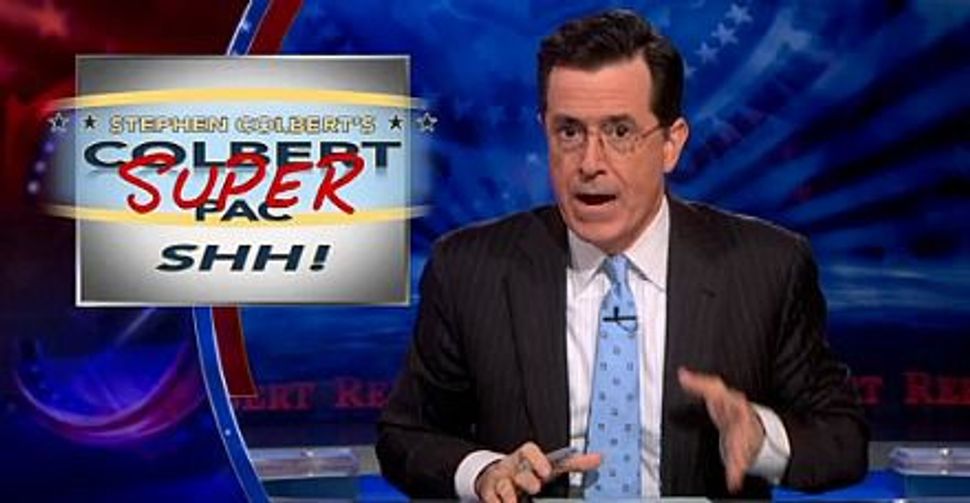 Back in April, Stephen Colbert told his television audience about a new tax-exempt group he had created, one which “never has to disclose its donors, because it is a quasi-charitable organization called a 501(c)4.” As his own lawyer explained on the show, it’s a social welfare organization that is supposed to further public policy goals and is not supposed to engage too much in politics. “Now,” Colbert continued, “critics say groups like mine are unregistered money guns shooting up the election with untraceable political slush funds, to which I say,” and here he smiled for emphasis, “uh huh!”

In his inimitable way, Colbert’s joking actually pointed to a hard truth. An investigation by ProPublica, published August 19, drew on documents filed with the Internal Revenue Service and the Federal Election Commission to detail how many 501(c)4 groups “do little or nothing to justify the subsidies they receive from taxpayers. Instead, they are pouring much of their resources, directly or indirectly, into political races at the local, state and federal level.”

And they can do this, legally, with what ProPublica termed “dark money” — that is, with donations whose sources remain anonymous.

Even the disastrous Citizens United decision that allows corporations and unions to spend unlimited amounts of money on political advertising demanded that the new “super PACS” disclose their donors. Justice Anthony Kennedy’s majority opinion in that 5-4 case argued that the freedom to spend will be offset by the public’s right to know: “This transparency enables the electorate to make informed decisions and give proper weight to different speakers and messages.”

But this transparency isn’t required of 501(c)4 “social welfare” groups, and they are spending more money on TV advertising in the presidential race than any other type of independent group.

Among the 106 nonprofits active during the 2010 election cycle reviewed by ProPublica were three Jewish groups. Although this gigantic and troubling loophole in federal law is being exploited by both Republicans and Democrats nationwide, among the Jewish groups it is decidedly a right-leaning affair.

For instance, when the Republican Jewish Coalition was founded in 1985 to foster ties between American Jews and GOP leaders, it told the IRS that it would not engage in political activity at all. According to ProPublica’s examination, however, nearly 40% of its total expenditures went to political advertising or grants to groups like Crossroads GPS, the well-funded conservative advocacy group backed by Karl Rove.

And who donated that money? It’s a secret.

Same thing for the Emergency Committee for Israel, which even though it was created in 2010 to “support Israel and her many friends,” still has not applied for tax-exempt status. Nonetheless, in its tax returns, which indicates that it is acting as a 501(c)4, the ECI told the IRS that it had used 18% of its nearly half a million dollar budget in 2010 on political activity. Source of that money: It’s a secret.

Same thing for One Jerusalem, founded in 2000 to promote a united Jerusalem as the undivided capital of Israel, with a promise not to engage in political spending. But it did just that in 2010, using 14% of its $682,000 budget on political activities. Source of that money: also a secret.

Some of the other ostensible “social welfare” organizations cited by ProPublica were even more blatant examples. The West Virginia Conservative Foundation, for instance, pledged to the IRS in 2009 that it would refrain from political spending, but by the following year devoted 97% of its budget to such activities. And to give liberals their due, a group called Economy Forward spent nearly its entire budget in 2010 for TV ads praising Senate Majority Leader Harry Reid, the Nevada Democrat, even though the IRS had no record of the group’s tax-exempt status.

Research by the Center for Responsive Politics shows that outside spending by groups that do not have to disclose their donors has ballooned from less than 2% of their budgets in 2006 to more than 40% in 2010. It takes no stretch of the imagination to project that percentage much higher in a presidential election year awash in cash.

In a sense, you can’t blame these groups for taking advantage of murky federal laws, lax enforcement and congressional unwillingness to fix this growing problem.

But there are ways to fix it.

The IRS can better identify how much political spending should be allowed by organizations that are tax exempt because they are allegedly working in a nonpartisan manner for the public good. Congress can act on legislation, now pending in the House and Senate, to require 501(c)4 groups that spend $10,000 or more on political activity to report it immediately to the Federal Elections Commission, and to disclose donors who contribute $10,000 or more to those groups.

As Stephen Engelberg and Kim Barker of ProPublica have noted, our convoluted way of financing elections requires that someone who gives the maximum of $2,500 to Barack Obama or Mitt Romney must disclose his or her name, address and profession. But that same person can give $1 million to a 501(c)4 buying ads to attack or support those candidates and remain anonymous.

This secrecy is antithetical to a democracy based on transparency and violates the fundamental rationale of privately-supported campaigns. If some Americans are going to spend obscene amounts of money to influence the outcome on Election Day, then they should say who they are. The rest of us deserve to know.