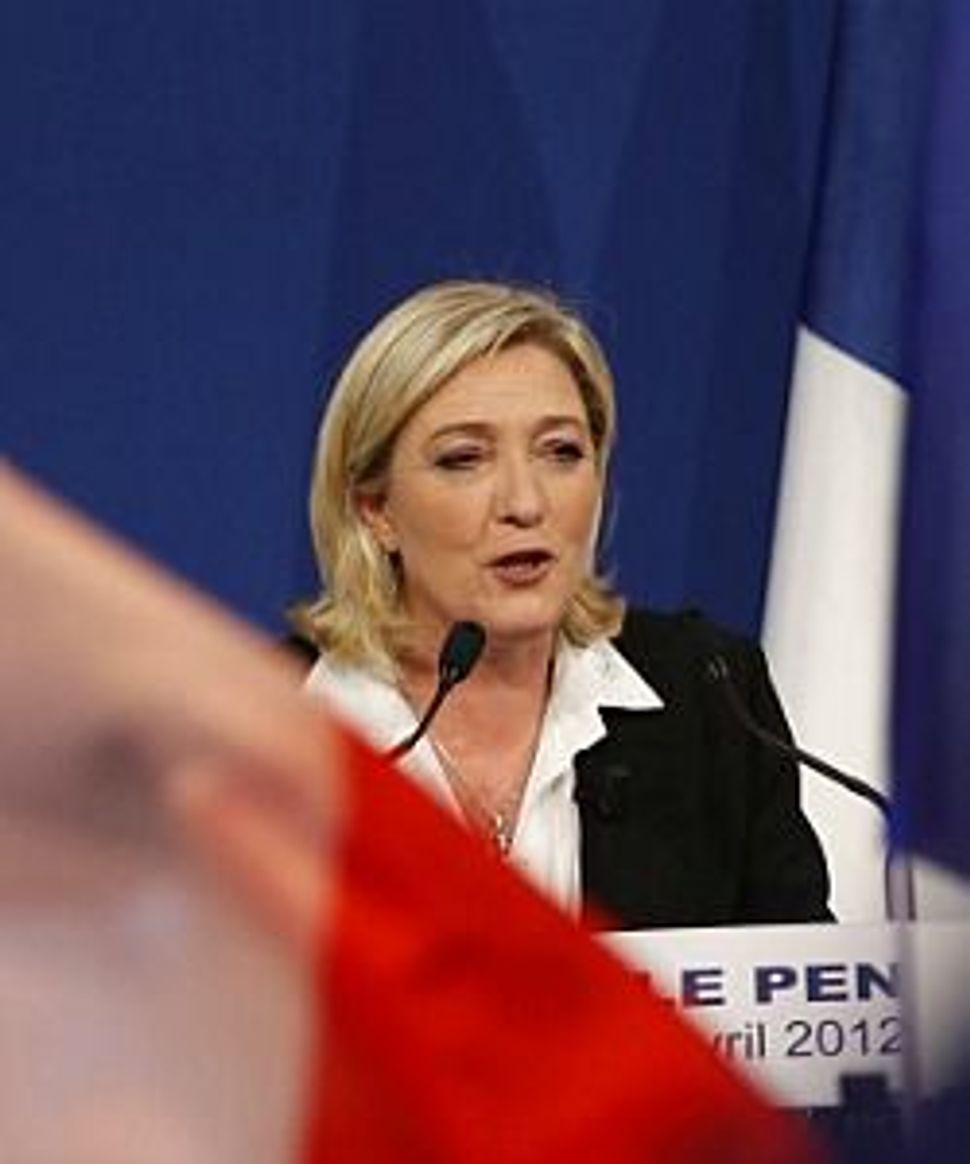 Aside from the latent anti-Semitism that motivates the European political fringe, there are two possible explanations for why Marine Le Pen felt it necessary to explain that if France is to proscribe the hijab or chador in the public square as she favours, “it is obvious that we must ban the kippa.” She added that both kosher and halal meat must be outlawed together, since the greater good of the republic must be placed above the wants and needs of any one community.

The first was unwittingly alluded to by Le Pen herself, in an interview given to French television.

“Jewish skullcaps are obviously not a problem in our country,” she said, but France has to “ban them in the name of equality.” Tellingly, she concluded, “What would people say if I’d only asked to ban Muslim clothing? They’d burn me as a Muslim hater.” French Jewry is innocent of any offence against the republic, but Le Pen has to offer up the kippa ban, lest she be suspected of only hating Muslims.

The other is that Le Pen made another outrageous and inflammatory statement in a sad bid to sustain her already overly-augmented national profile. Le Pen managed to finish third in the first round of the presidential election in April, and missed out on a seat in the National Assembly by only 118 votes in June by exploiting fears of rising crime and socio-cultural change amongst white working class voters. It is not coincidental, then, that this interview was given just before the start of the Front National’s summer conference, and at a time of cultural conflict between secularism and Islam regarding the cartoons mocking the prophet Muhammad that were published in a French satire magazine.

What is reassuring then, particularly as Jewish ritual and custom is being questioned in Europe, is that the mainstream left and right were quick to condemn Le Pen’s call for a kippa ban. Jean-François Copé, leader of the opposition UMP, asserted that French secularism, or laïcité, does not mean “the eradication of all religious expressions in society.”

Interior Minister Manuel Valls, whose department is responsible for the protection of the Jewish community, proclaimed that French Jews should wear their kippot “with pride”. “This rejectionist hate speech cannot be accepted. It exemplifies that Le Pen and the Front National are extremely far removed from the values of the republic.” Such sentiments were echoed by President François Hollande, when he said that his government opposed any measure, including prohibiting the kippa, that would tear at the fabric of society, that would divide people and pit them against each other.

Hollande’s position is wholly appropriate, and is another example of his administration’s noticeable efforts to both commemorate Jewish suffering in the past and display awareness of the community’s fears pertaining to security and free expression in the present. Only last week, Hollande opened a memorial and museum at the Drancy transit camp in Paris, from where 64,700 French, Polish, and Germans Jews were transported to Auschwitz and Sobibor between 1942 and 1944. Subtlety tying the two themes together, Hollande remarked, “Today what is important is to transmit the message and the spirit of this memorial. The transmission of testimony: that’s the future of memory.”