Calling Israel’s Discrimination What It Is 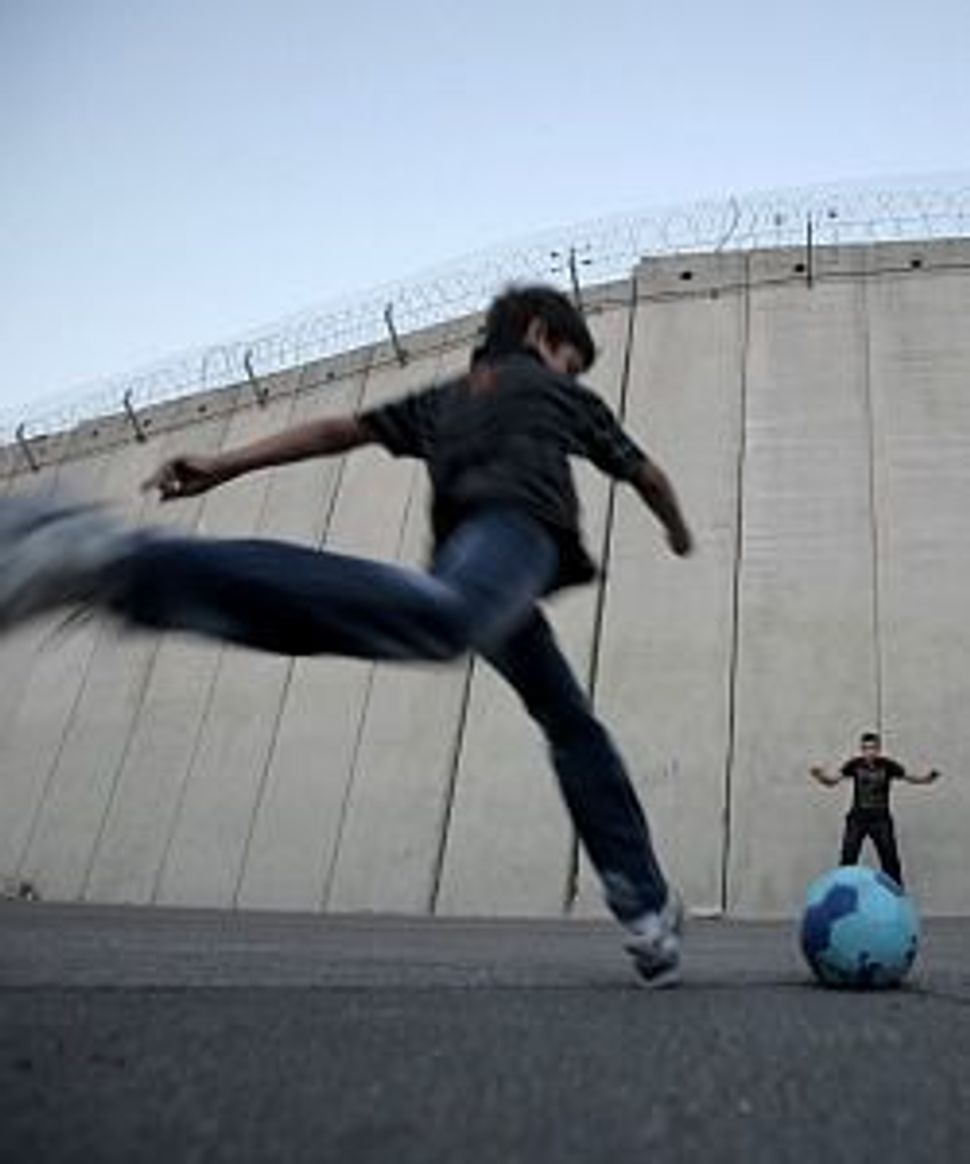 Forward columnist Philologos recently took the Israeli daily Ha’aretz to task for using the term “apartheid” in its reporting on a poll that showed most Israelis support discrimination against Arab citizens. “Apartheid” and mere discrimination are two very different things, Philologos claimed. He suggested that Ha’aretz should be censured for using such a damning epithet.

Philologos went on to define what he sees the critical difference between “apartheid” and “discrimination.” The former refers to “the systematic segregation of one people, race or group from another,” while the latter means “the systematic favoring of one people, race or group over another, such as exists in numerous countries around the world today.” And while Israel may practice regrettable discrimination against its Arab citizens, he claimed it was a “lie” to suggest that it is in any way an apartheid state.

While Philologos may be a fine linguist, his knowledge of international human rights law is sorely lacking.

Contrary to Philologos’ characterization, the term “apartheid” does not refer simply to segregation, although the term comes from a word in the South African Afrikaans language that means separate-ness or segregation. In legal terms, apartheid applies to a wide range of acts in which a dominant racial regime commits institutionalized oppression against another ethnic group.

According to the 1998 Rome Statute of the International Criminal Court, for instance, the “crime of apartheid” was included in a list of “crimes against humanity,” and defined as:

(Inhuman) acts…committed in the content of an institutionalized regime of systematic oppression and domination by one racial group over any other racial group and committed with the intention of maintaining that regime.

Earlier, in 1973, the UN’s General Assembly adopted the International Convention on the Suppression and Punishment of the Crime of Apartheid. Among the “inhuman acts” listed were:

(Any) legislative measures and other measures calculated to prevent a racial group or groups from participation in the political, social, economic and cultural life of a country.

There is certainly a compelling claim to be made that the term “apartheid” may appropriately be applied to Israel’s treatment of its Palestinian citizens. In a recent report, Adalah, an Israeli legal NGO, described no fewer than 30 laws, either enacted or proposed, that create different sets of legal rights for Jewish and non-Jewish (i.e. Palestinian) citizens of Israel.

While many Jews prefer to view Israel as an essentially healthy, if flawed, democracy, those willing to face the painful truth have long known that the so-called “democratic Jewish state” would more accurately be described as a democracy for Jews but not for non-Jews. Consider the following facts:

There are many more examples of ways that Israel systematically privileges Jewish citizens over non-Jewish citizens. Organizations such as Adalah, B’tselem and the Association for Civil Rights in Israel have extensively documented these methods.

It is important to note that these are not simply a collection of random discriminatory laws, as Philologos would have it. Taken together, they constitute a systematic, institutional “legal” system that maintains Jews’ privileged status in the Jewish state and, most critically, seeks to ensure a Jewish demographic majority within Israel’s borders at all costs.

One telling case in point: back in 2005, Shimon Peres told U.S. officials (in a statement recently revealed by Wikileaks) that Israel had “lost” land in the Negev “to the Bedouin” and would need to take steps to “relieve” the “demographic threat”.

Flash forward to January 2012: the Israeli government approves the Prawer Plan for mass expulsion of the Arab Bedouin community in the Negev desert. When fully implemented, this plan will result in the forced displacement of up to seventy thousand Arab Bedouin citizens of Israel and the destruction of thirty-five “unrecognized” villages.

At the end of the day, it really is academic whether we choose to label this kind of policy — and many others like it — to be “discrimination,” “institutional racism” or “apartheid.”

The real question before us not what to call it. For Jews who purport to cherish human rights, the right question is: what are we willing to do about it?

Rabbi Brant Rosen serves a congregation in Evanston, Ill. He is the co-chair of the Jewish Voice for Peace Rabbinical Council and the author of Wrestling in the Daylight: A Rabbi’s Path to Palestinian Solidarity (Just World Books)

Calling Israel’s Discrimination What It Is