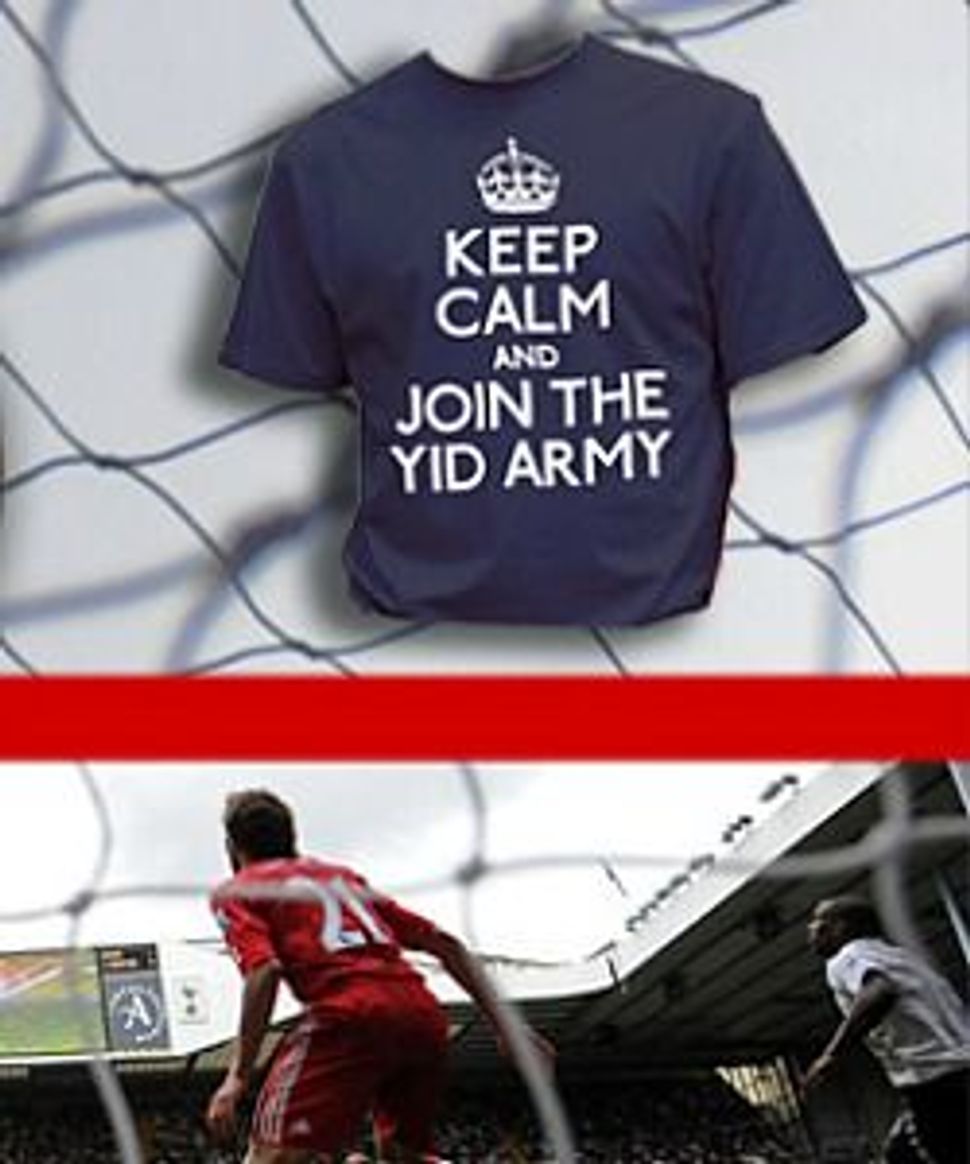 Not the first time, however, this modern tradition is being called into question, with London’s Society of Black Lawyers threatening legal action against Tottenham if their supporters do not retire their chants. Chair Peter Herbert told The Daily Mail, “In discussions with members of the Jewish community, we were made aware that this practice is still continuing and it has to come to an end. If neither Tottenham FC nor the FA are willing to take a stand then we will report the matter to the Metropolitan Police for investigation and, if necessary, prosecution.”

A deadline of November 20 has been set.

The threat comes following a succession of racist incidents that have given players, fans, and the game’s governing body pause to consider whether English soccer has done enough to eliminate discrimination. Chelsea’s John Terry is presently suspended and was fined $350,000 for racially abusing QPR’s Anton Ferdinand.

Referee Mark Clattenburg, meanwhile, is under investigation for allegedly referring to Chelsea’s John Obi Mikel as a “monkey”, in the same week that a Chelsea supporter was caught on camera doing an ape imitation in the direction Manchester United’s Danny Welbeck. The Society of Black Lawyers has openly discussed forming a breakaway Black Players’ Union to protect their interests.

As it pertains to anti-Semitism, Tottenham Hotspur for their part have defended their fans’ appropriation of the term “yid”, arguing, “Our fans adopted the chant as a defence mechanism in order to own the term and thereby deflect anti-Semitic abuse. They do not use the term to others to cause any offence, they use it as a chant amongst themselves.” Times columnist and Tottenham supporter David Aaronovitch concurred with this view, putting it to me that he often used this word himself at soccer matches and believed the Society of Black Lawyers’ initiative to be “misconceived publicity seeking”.

Certainly, Aaronovitch is correct to push back against Peter Herbert’s meddling, who having never said anything about this in the past seems to be doing his level best to increase his national profile on the back of controversies in soccer. In this specific case, it remains for the club and its supporters to judge whether or not branding themselves the Yid Army is still the best way to demonstrate their solidarity. After all in its best guise, Tottenham fans’ the use of term “yid” might be described as an act of traditional working-class brotherhood, with Spurs followers electing adopt a sort of Jewish identity of their own when the integrity of their club and sections of their base are called into question.

The first test for the Society of Black Lawyers deadline came on Thursday night in a home game against Slovenian side NK Maribor.

With monitors from the legal association in the crowd, Spurs fans were reported to have audibly sang “We’ll sing what we want” and the usual cries of “Yid Army” as Spurs raced towards a 3-1 victory over the lightweights from Slovenia.

Herbert remains adamant that his society “are not going to let go on this”, adding that the fans who do this “engage in anti-Semitism”. Their next match is away to Manchester City on Sunday. Let’s see what happens.