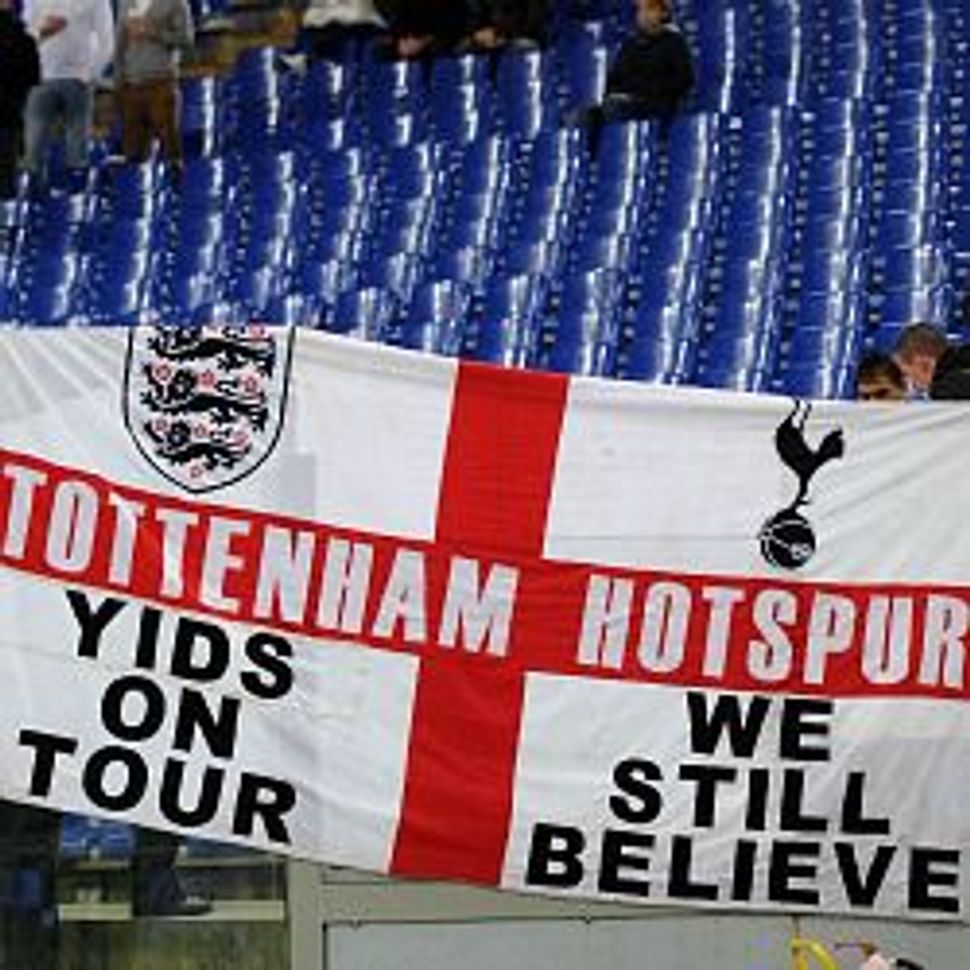 The ultras smashed up the place, breaking windows and turning over tables, and then proceeded to assault the Tottenham fans. Of those who attempted to escape, Ashley Mills, 25, was stabbed in the leg with a switch blade and received several wounds to the head. The whole incident was over in around ten to twenty minutes, but in all ten Spurs supporters were injured, one seriously. Two Lazio ultras, Francesco Ianari, 26, and Mauro Pinnelli, 27, have been charged with attempted murder for the attack on Mills.

Police are currently investigating the motive behind the assault, with a number of factors pointing towards anti-Semitism.

Lazio has had a long association with Italian fascism. It was as the club favoured by Benito Mussolini, and this connection has not dimmed amongst the ultras who continue to unveil pro-fascist banner at matches. Witnesses at the scene of the assault heard the assailants shouting “Jews!” as they entered the bar and carried out the battering, and at the game itself on Thursday evening home supporters chanted “Juden Tottenham” as the two teams played out a 0-0 draw.

Indeed, if reports are to be believed that at least one A.S. Roma fan was also involved in the brawl at the Drunken Ship, thus suggesting a pact between city rivals in order to carry out the violence, then it would confirm that the confrontation had nothing to do with football whatsoever.

Lazio, for their part, have issued a not particularly credible defence of their ultras, asserting in a statement that, “Lazio has always preached to its supporters the need to show sportsmanship and chivalry towards opponents and their fans, limiting their utterances to the healthy sporting rivalry”. Not particularly credible, it must be asserted, because at the reverse fixture in London earlier this year, Lazio were fined $52,000 for the abuse inflicted upon Spurs players Jermain Defoe, Aaron Lennon, and Andros Townsend, in the form of monkey chants.

If the cause is to be anti-Semitism, then the violence in Rome represents the most physical and sanguinary manifestation of the abuse Tottenham Hotspur supporters must suffer from time to time due to their image as England’s Jewish club. All fans, irrespective of faith, colour, or creed, bear this burden equally – after all, while the attackers might have been anti-Semitic in their sentiment, they were indiscriminate in their brutality.

In Tottenham’s ongoing dispute with the Society of Black Lawyers over their use of the “Yid Army” chant, it grants additional credence to their assertion that the “Yid” label is taken on as an act of brotherhood and solidarity, one which protects a minority by having the full legion of supporters be a target for the cruel vitriol dished out by opposing fans.