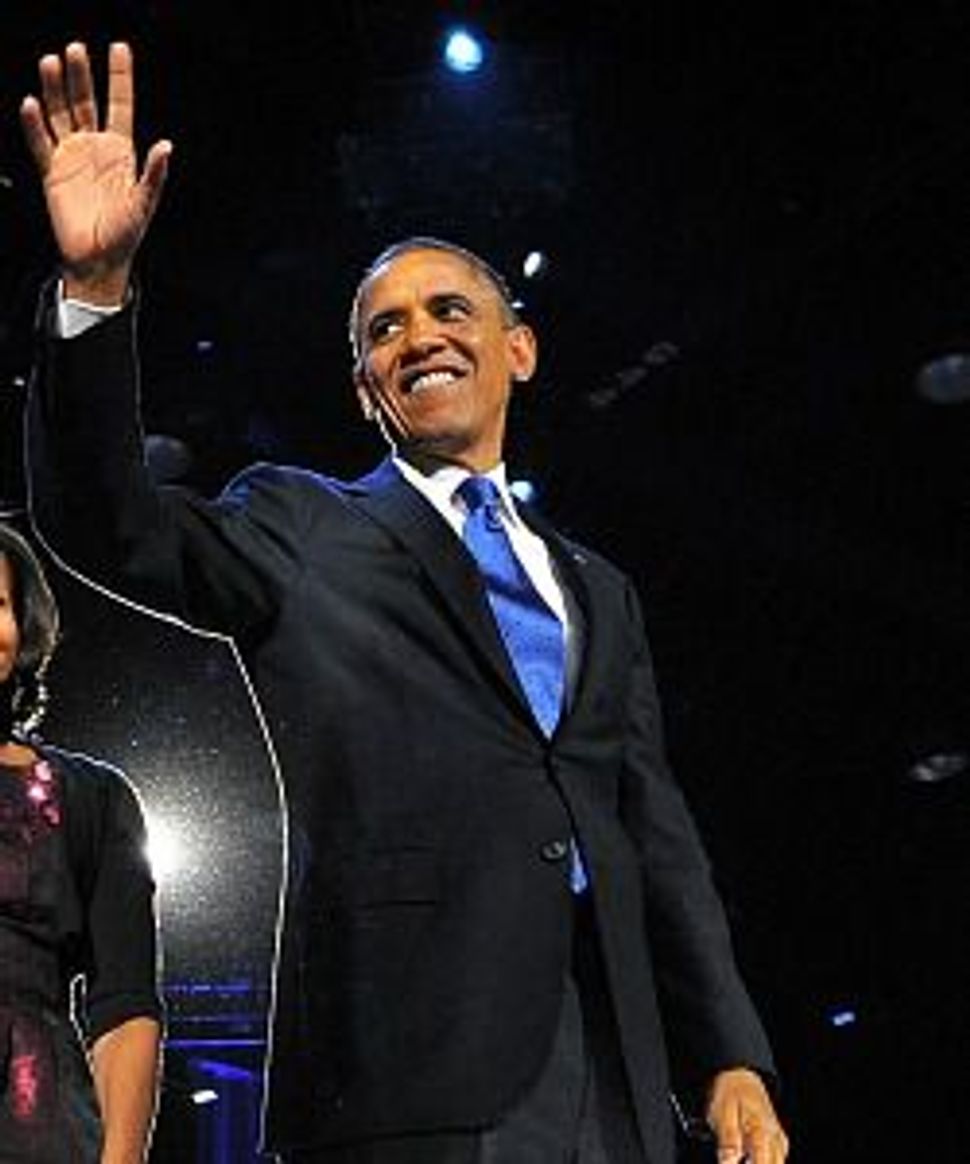 Some news, apparently, is fit to print, but not too boldly. Take, for example, the demure self-censorship on display Saturday in the New York Times’ eye-opening report, headlined “On Island, Largely Blue, an Exception: Trump Tower,” on the handful of New York City neighborhoods that voted for Mitt Romney over President Obama. Overall, the city voted Obama over Romney 81% to 18%.

The headline and the first five paragraphs were about the two isolated election precincts on the Upper East Side of Manhattan Island where Romney won half or more of the vote. It wasn’t until paragraph 7 to find out that the main news began to trickle out: that the “deepest single bloc of Republican support in all the five boroughs” was a four-square-block section of Gravesend, Brooklyn, “dotted with Sephardic temples and yeshivas.”

Finally, well into the jump, we learned that Romney “enjoyed strong support from a range of neighborhoods with large populations of Orthodox Jews.” Many precincts in Borough Park, Kew Gardens Hills and Sheepshead Bay (which is largely Russian, not Orthodox) voted 90% GOP. A note on the accompanying map gave you the money quote: “Mr. Obama’s worst precincts were in Orthodox Jewish areas like Ocean Parkway and Williamsburg in Brooklyn and Kew Gardens Hills in Queens.”

The map shows the city’s 5,286 precincts as a sea of blue and red dots, shaded darker or lighter to indicate higher or lower percentages of partisan leaning. The darkest red voted over 80% for Romney, while pale pink gave him 50% to 65%. In addition to the broad swathes of dark red running down Brooklyn from Hasidic Borough Park down Sephardic Ocean Park to Russian Brighton Beach, there are dark red clusters in mostly Italian-American Dyker Heights, Brooklyn, and mostly Irish-American (and storm-ravaged) Breezy Point, Queens.

The Irish-Italian south shore of Staten Island is all pink, but the borough overall gave Obama a slight edge. There are interesting pink clusters as well in the Irish enclave of Woodlawn in the north Bronx and heavily Italian Pelham Bay in the east Bronx, as well mostly Italian Howard Beach, Queens, plus tiny red clusters in the Satmar section of Williamsburg and the Lubavitch section of Crown Heights, Brooklyn, and one isolated red dot in what appears to be the dwindling Modern Orthodox east Bronx enclave of Pelham Parkway.

To understand why the Times buried its very serious lede below a frothy Trump headline, consider this Politico story reporting on the Times’ findings. The headline, “Inside Obama’s New York win,” is bland enough. But the report doesn’t mince words: It comes right to the point, noting twice (once in its citywide summary, once in its Brooklyn borough breakdown) that Orthodox Jews were Romney’s strongest base in the Big Apple.

Not surprisingly, the Politico story is followed by a lively and at times venomous exchange of comments. A few nuggets:

As a traditional/orthodox Jew, I really don’t appreciate all the orthodox bashing going on here. Overall, I think we are a very kind and charitable community. The bottom line is that most traditional Jews voted for Romney for two main reasons #1 they felt that Obama was soft on Muslim extremism/hatred for Israel in the Middle East. …

…If the Orthodox and/or hardline view ever gain a dominant foothold in Isreal or among American Jews, I will demand that we losen our ties with Israel.