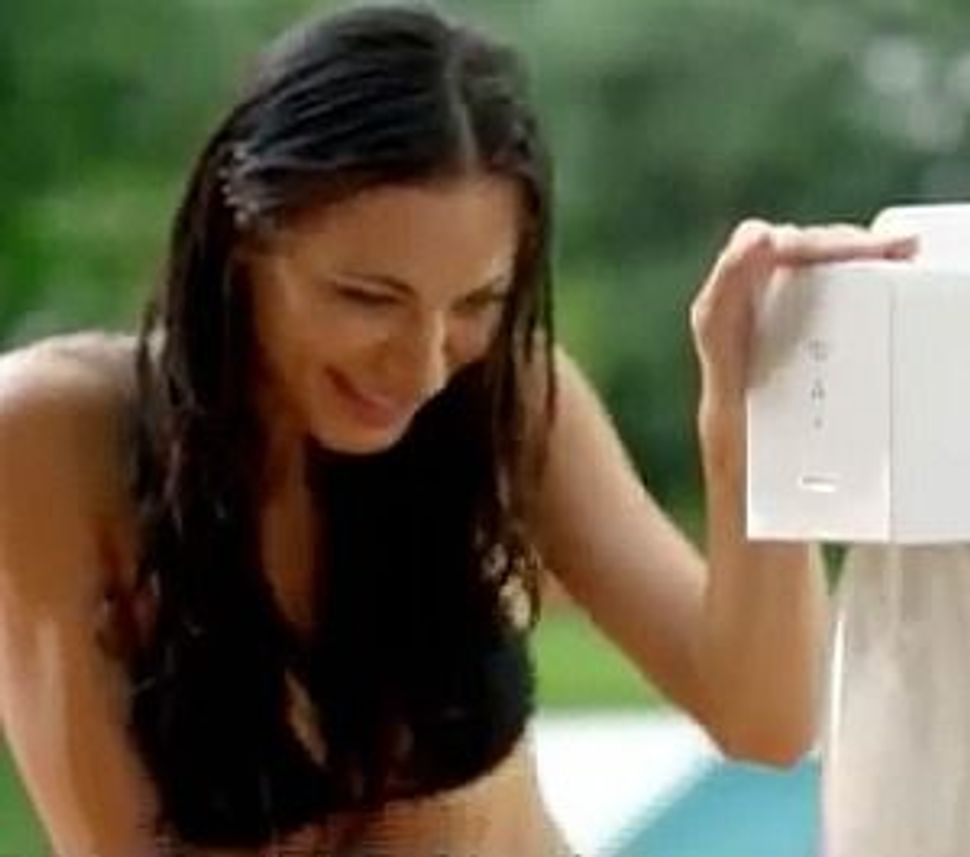 Move over Bud Lite and GM, SodaStream is coming to the Super Bowl XLVII. While the Israeli-made home soda maker will not be seen in the stands, it will be viewed on TV screens across the country and around the world, making it the first Israeli product to be advertised in a Super Bowl commercial.

With record third quarter revenues and sales increases, it appears that SodaStream is ready to drop something in the environs of $3.8 million on a 30-second spot.

Those who follow the advertising business may be wondering if the company, which has been publicly traded on Nasdaq since November 2010) will change concepts for its Super Bowl ad, given the frustration it has endured recently as a result of its current commercial showing hundreds of soft drink bottles exploding when a person uses a SodaStream machine. The message is obvious—you can save a lot of plastic (2,000 bottles per year, the ad tells us) and a lot of money by buying a SodaStream.

SodaStream claims it is simply “setting the bubbles free,” as it slogan goes, but Clearcast, the organization that pre-approves television advertising in the UK, banned the commercial on the grounds that it “denigrates” the bottled drink industry. In response, SodaStream is investigating its legal options.

“Are we really being censored for helping to save the environment? This might be the first time in the world when an environmental approach has been shut down by the media to protect a traditional industry,” SodaStream CEO Daniel Birnbaum told in Israel National News. “Of course we’re competing with bottled beverages, but why is offering a game-changing approach denigrating? It is like saying that iPod ads denigrate the Walkman or that car ads denigrated the horse and buggy. Clearcast’s decision is disappointing and disturbing for any democratic society.”

Beyond the latest ruckus in the Great Britain, SodaStream has been boycotted in Sweden (where ironically approximately 20% of all households own the product) because the company’s principal manufacturing facilities are located in the West Bank settlement of Mishor Adumim. In addition, the product is made in several other Israeli plants, and also in a number of international facilities.

Birnbaum, who doubts Clearcast even knows that SodaStream is an Israeli product, has said he is sure that the advertising ban in the UK has nothing to do with boycott efforts.

Still, one is left to wonder whether giving SodaStream the kind of exposure that only a Super Bowl ad can is a good idea. Might it inadvertently generate unwanted additional interest in the boycott, while introducing the home soda maker itself to people?

David Greene, who until recently owned an eco-friendly store called Livegreene in Palo Alto, California (it is now exclusively an online venture), used to carry SodaStream. At one time, he displayed the product at the front of his shop, but later he decided to stop carrying it. “I made the decision primarily because customers were starting to make more and more comments about the West Bank manufacturing,” he told The Forward. “As a socially responsible business, I made the decision because it was a grey area, not particularly clear. I didn’t want to have to defend my decision to continue to carry it in the face of all the noise about the issue, and to have to explain both sides of the story.”

However, marketing experts think SodaStream has nothing to fear. According to J. Chisholm Lyons, Executive Vice President of Fiduciary Trust Company International, the Super Bowl ad does not at all increase the risk for SodaStream. “Most people don’t know where anything they buy is made, let alone this particular product,” he said in a phone interview. “The ad will be designed to make a huge, positive impression, to convey the benefit to the consumer.”

And what about the boycott? “The negative message is there anyway,” Lyons said. “The intention of the ad is to produce a message that is louder, more positive, and will reach more people than will the negative PR chatter.”

Ronni Strongin of Ben-Gurion University of the Negev, agreed with Lyons. “It’s good that Soda Stream is getting out in front of it [the boycott talk],” she said. “It’s not like the boycott people can counter with an ad of this scale.”

Strongin thinks football and seltzer are a good match. “Good for them for taking SodaStream mainstream,” she remarked.

If one’s thing for sure, it’s that you can’t get any more mainstream than the Super Bowl.