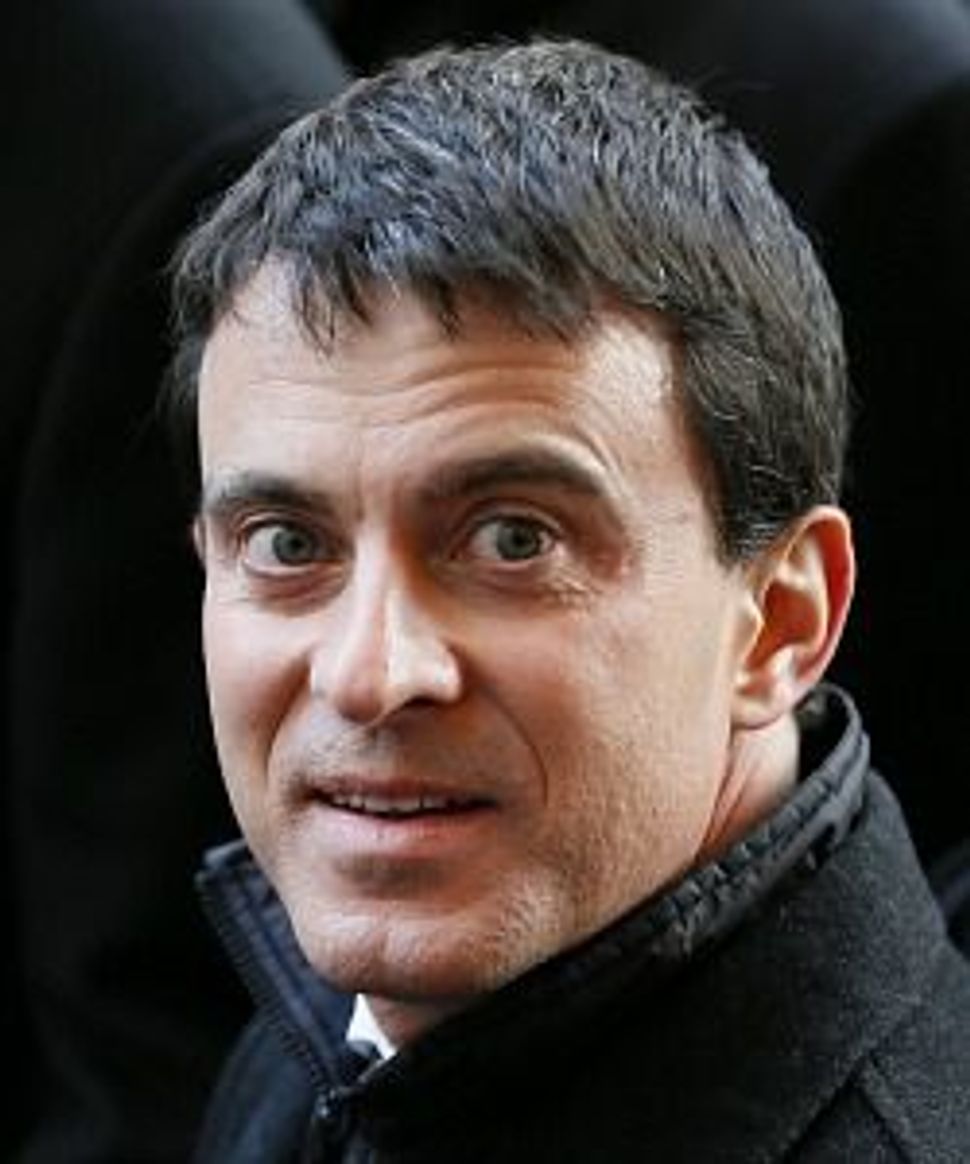 The French media are feasting on this week’s revelation that the fading star Gérard Depardieu, who brought to the screen such icons of French patriotism as Astérix and Cyrano de Bergerac, is settling in Belgium. The move, it appears, is dictated less by the scenery (there is none) than the lower tax bracket, an issue of sharpened interest now that the Socialist government has introduced a new marginal rate on the nation’s wealthiest citizens.

Amidst this distraction, the press has scanted the most recent triumph of a rising star: the Socialist Minister of the Interior, Manuel Valls. This week the country’s parliament overwhelmingly voted in favor of an anti-terrorism bill that Valls had championed since he took office in May. The legislation reinforces an already impressive array of police powers, allowing the state to arrest anyone who has attended terrorist training camps abroad even if they have not yet committed a crime on French soil.

The law was a direct consequence of Mohammad Merah’s horrific murder spree earlier this year in Toulouse. Merah had trained at such a camp in Pakistan — a fact apparently know to France’s intelligence service, yet not acted upon. The government of Nicolas Sarkozy, in power at the time, had proposed a similar law, but it was shelved then abandoned during the elections that brought the Socialists to power.

Though many French Jews worried at first if the Socialists would act with the same vigor as the Gaullists, they were quickly reassured. In part, this was the work of François Hollande, who has repeatedly reassured French Jewry that his government will do everything in its power to repel the growing tide of anti-Semitic activities and rhetoric. His recent speech at Drancy, marking the 1942 round-up of French Jews under Vichy, was one notable instance of this commitment.

Standing by Hollande’s side at Drancy was Valls.

The Interior Minister, who was born in Spain and, in 1982, became a French citizen, has in fact overshadowed Hollande and the rest of the government. Valls’ physical presence plays a role in his growing prominence: he is a boyish 50, handsome and at ease in crowds and television studios. Last week, he appeared on the French news program Des Paroles et des Actes (Words and Acts), in which he not only charmed the youthful audience, but made a mockery of Marine Le Pen during a brief debate on immigration. (To her demagogic claim that immigrants were the source of France’s economic and social ills, Valls responded: “When unemployment grows, it is not the fault of immigrants—in fact, they are its victims.”)

More important, though, Valls has revived the role played by earlier Socialists who served as interior ministers. Unlike its apparent American counterpart, the French Interior Ministry is responsible not for the nation’s forests and rivers, but for its security against domestic dangers. It is, in essence, what our own Department of Homeland Security was designed to become. Ever since the Socialists first came to power in France, its interior ministers have demonstrated that they were determined — indeed, more so at times than the conservatives — to protect the Republic.

This was the case with Georges Mandel, who served as interior minister in Léon Blum’s Popular Front government. It was Mandel, who like Blum was a non-practicing Jew, who broke up the fascist leagues in 1936; and it was Mandel, who because he was a Jew and fervent republican, was murdered by the Vichy milice in 1944. More recently, the Socialist Jean-Pierre Chevènement, who served as interior minister during the late 1990s, proved to be more Gaullist than the Gaullists in his harsh policies towards illegal immigrants. Eventually, Chevènement was forced to quit the government and saw his political fortunes wane.

Valls’ popularity, for the moment, is rising. Public opinion polls repeatedly identify him as the government’s most popular minister. His popularity surged in October with his announcement of the arrest and deportation of a Tunisian imam, Mohammed Hammami, whose sermons in Paris were laced with anti-Semitism and advocated violent jihad against the West. During his appearance on Des Paroles et des actes, Valls warned against the appeal of “romanticism”—namely, the tendency, especially on the Left, to believe in our better angels and overlook the harsh realities that often face governments. If the Left is not realist, he suggested, it will not be at all. This seems a message the French are increasingly willing to hear: not only words, but acts are called for.