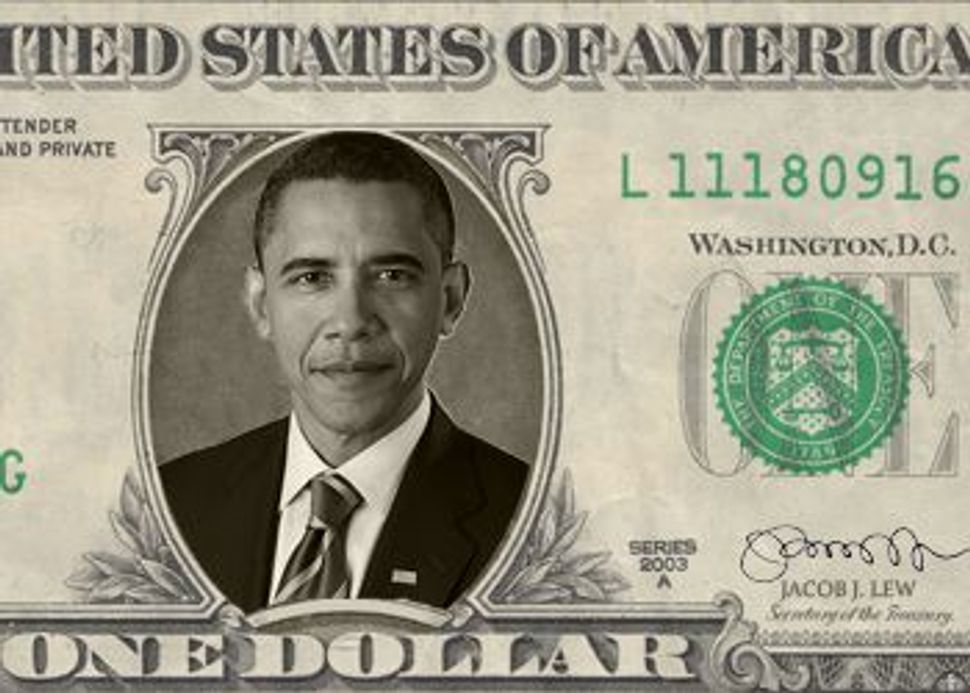 Does Jack Lew need to tighten up his penmanship if he’s going to be treasury secretary? 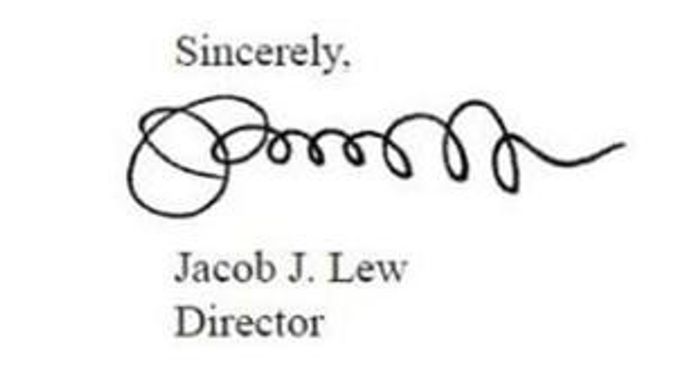 The Orthodox Jew whose signature is going to be on every single dollar bill in the land has a pretty weird — actually, an incredibly, startingly weird — signature.

And it seems to be the main thing the world is noticing about the man who’s President Obama’s choice to take over from Timothy Geithner.

“A lesser-known but extremely pertinent fact about Lew is that he has the world’s worst signature,” writes Kevin Roose over at New York Magazine’s Daily Intelligencer blog. “And pretty soon, that signature could be on every single one of your dollar bills,” he writes with horror.

Roose notes that Geithner had to neaten up his already somewhat legible signature before it could be printed on dollar bills. If so, then Lew is going to have to do a complete overhaul of his John Hancock.

So what is the big problem with Lew’s signature? You’ll understand the minute you see it. Roose is completely on the mark when he says it reminds him of a slinky that has lost its spring, a crazy straw, Sally Brown’s hair from Peanuts, or what we see on those slips of paper that customers use at Office Max to try out pens.

And don’t think this is the first time that Lew’s signature has been mocked. Headlines were screaming, “Jack Lew’s Signature: The Most Ridiculous John Hancock Ever?” even back when he was Director of the Office of Management and Budget.

Lew’s bad handwriting seemed to outweigh what the impending pick might mean for economic policy. Or that he is the first Orthodox Jew to be named to the post.

Handwriting expert Susanne Shapiro said Lew’s signature is extremely unusual because it has no space between the letters.

“(That) would be ind indicative of a possible communication problem since there is no place for him to let anyone in,” said Shapiro, who has served as a court appointed graphologist.

Shapiro, whose web site is thewritetruth.com, noted that where a writer starts a signature reflects the person’s past and the ending reflects the future.

“Notice that his beginning ‘letter’ is convoluted and was hard for him to form and to get going so to speak,” Shapiro said. “And when you see the last stroke of the signature, going to the future, it is miraculously a real stroke and a long one at that.”

So does that mean Lew’s signature means he has reached his career plateau? It looks like we’ll all have plenty of time to gaze at his John Hancock and make up our own mind.