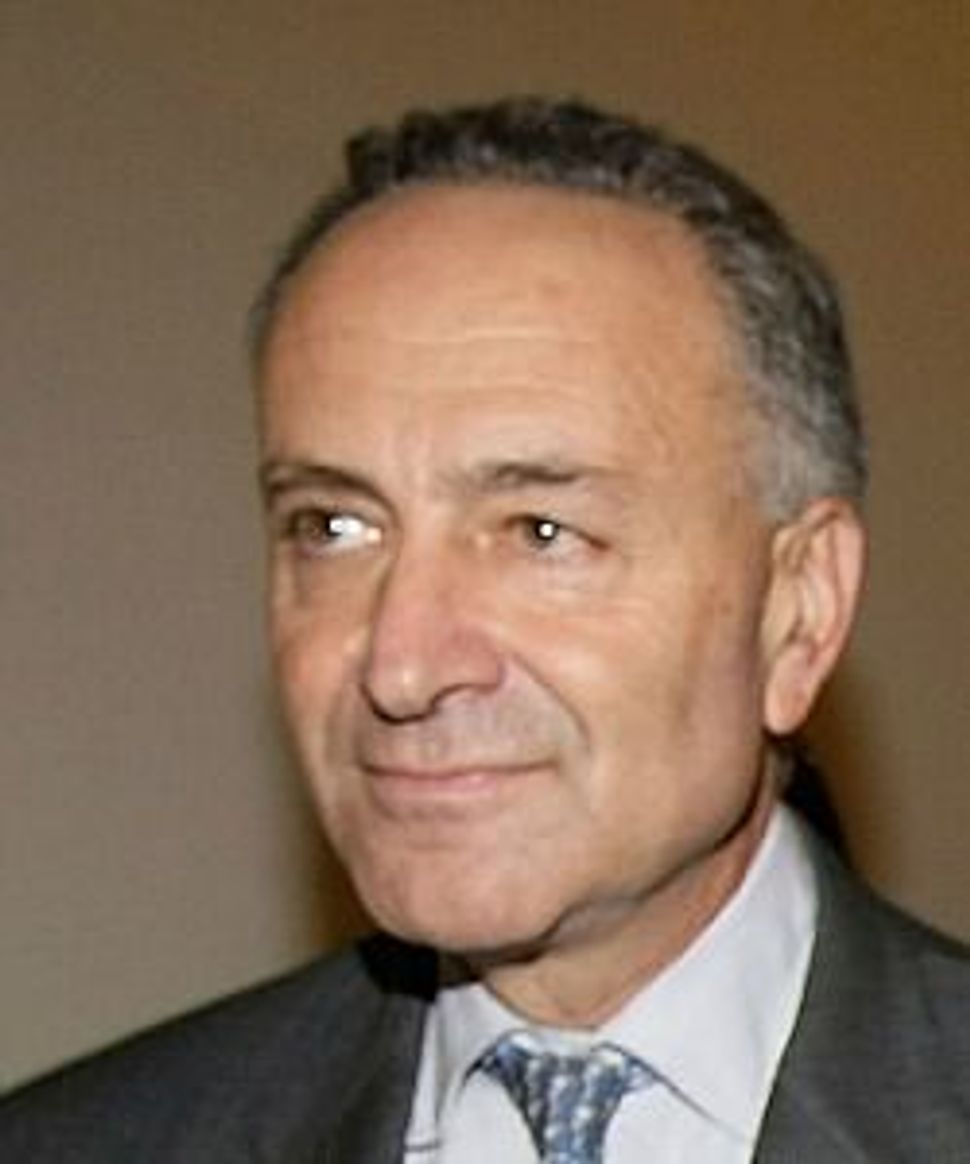 It could come down to a tale of two Chucks.

Chuck Hagel’s chances of getting confirmed as Pentagon chief could hinge on whether Sen. Chuck Schumer is satisfied with Hagel’s stance on Iran.

Schumer, perhaps the most influential Jewish senator, is not pleased with Obama’s choice of Hagel for Secretary of Defense and has yet to decide whether to vote in favor of the nomination, Politico reported. Supporting Hagel, Schumer reportedly said, would be “very hard.”

Schumer, according to the report, expressed his misgivings about Hagel in private conversations and in discussions with Jewish leaders. But the New York senator would not make any direct comments on the issue and has pointedly refused to commit to supporting Hagel.

Given his position as the third ranking Democrat in Senate and his standing in the Jewish community, a refusal by Schumer to back Hagel could set the tone for other Jewish and pro-Israel Democrats in the Senate and potentially derail the nomination.

On the other hand, Hagel has gained favorable statements of support from two other prominent Jewish senators: Michigan’s Carl Levin, who chairs the Armed Services committee which will conduct the confirmation hearings, and Dianne Feinstein from California, chairwoman of the Senate intelligence committee.

Schumer has been critical in the past of Obama’s treatment of Israel, but as Politico reveals, he was also willing to go to bat for Obama during the recent presidential campaign, when Democrats got the impression Israel’s prime minister is favoring Mitt Romney. “Schumer told Israeli Prime Minister Benjamin Netanyahu that he was betting on the wrong candidate,” the report describes a phone call between Schumer and Netanyahu.

Schumer’s decision to make his doubts about Hagel known adds to mounting pressure among supporters of Israel to turn the confirmation hearing into an opportunity for Hagel to clarify his positions on Israel and Iran. A clear message from Hagel, in line with his recent statements of support for Israel, could provide Schumer and other Democrats with the reassurances they need to approve Obama’s pick.