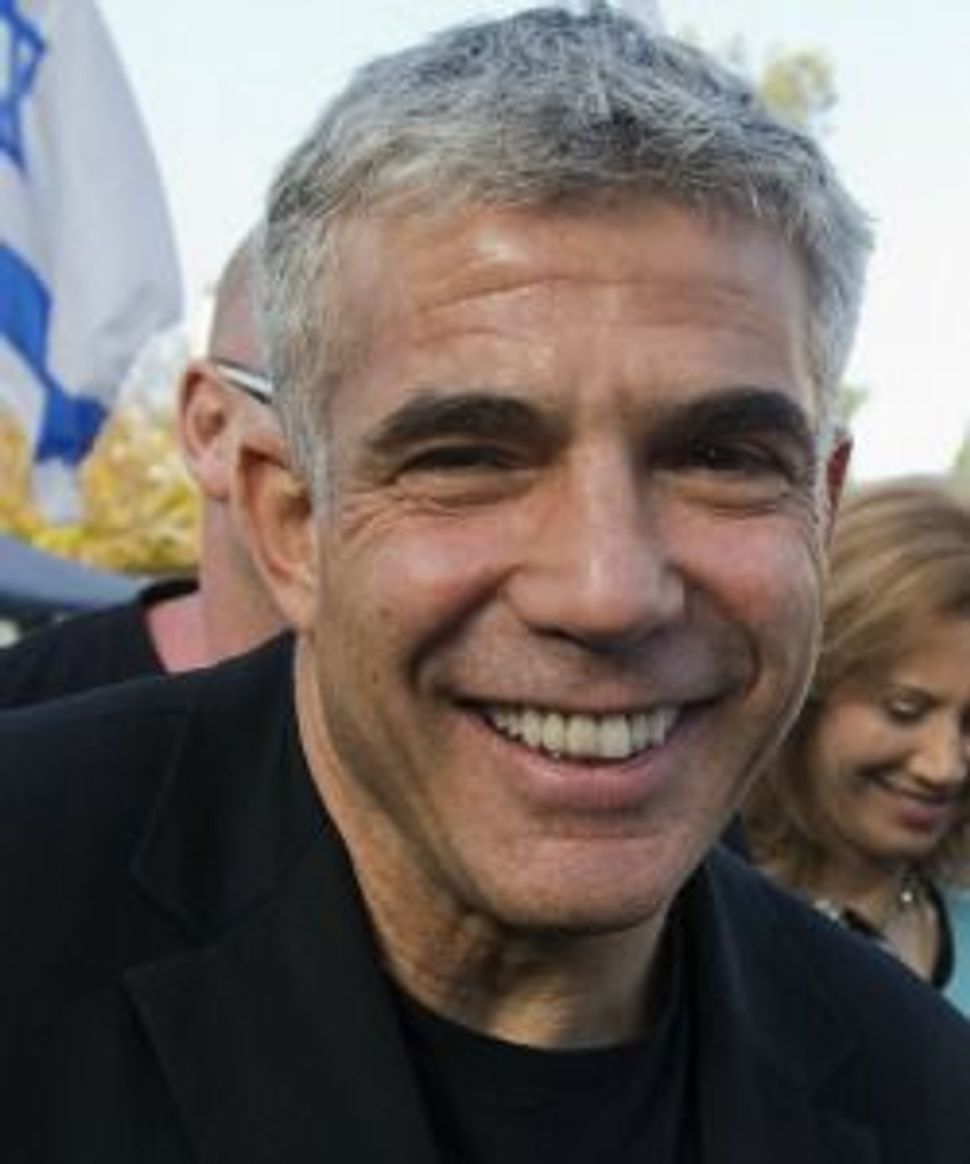 What is Yair Lapid’s next move?

The man who shocked Israel with a stunning showing in the elections could try to establish a “blocking coalition” by uniting parties that want to stop Benjamin Netanyahu from forming the next government. Labor would definitely be game for that, as would Meretz, Hadash, the Arab parties and probably the Tzipi Livni party. But according to the exit polls, there would not be quite enough mandates to make this possible.

If he could convince the Haredi Shas party he could make it work, and such a move may appeal to Shas’ recently returned dovish leader Arye Deri. However, given that Yesh Atid is all guns blazing to draft Haredim to the army and Shas is dead against the draft, it’s difficult to imagine Shas cooperating with Lapid.

Lapid’s other hope is that exit polls may have underestimated Livni’s showing and Labors. If this is the case he could pull off the blocking coalition.

But even without a blocking coalition, Lapid’s victory is big news. If the figures are right Netanyahu could form a coalition It means that Netanyahu could leave the Haredi parties out in the cold and push through the Haredi draft. If he did this Lapid, who after all went in to politics to become a minister, could negotiate handsome portfolios for his party — I predict he will become Education Minister. The other coalition partners would be the Tzipi Livni Party and Jewish Home.

The difficulty with this option is that both Yesh Atid and the Tzipi Livni Party say they wouldn’t enter a government that won’t negotiate for a peace deal, while Jewish Home is totally opposed to a two-state solution. This raises the possibility that Netanyahu could substitute Jewish Home for Shas and resolve to advance negotiations. It’s hard to imagine given that much of his party is against a Palestinian state, but it’s a possibility nevertheless.