Our Search for America’s Most Inspiring Rabbis 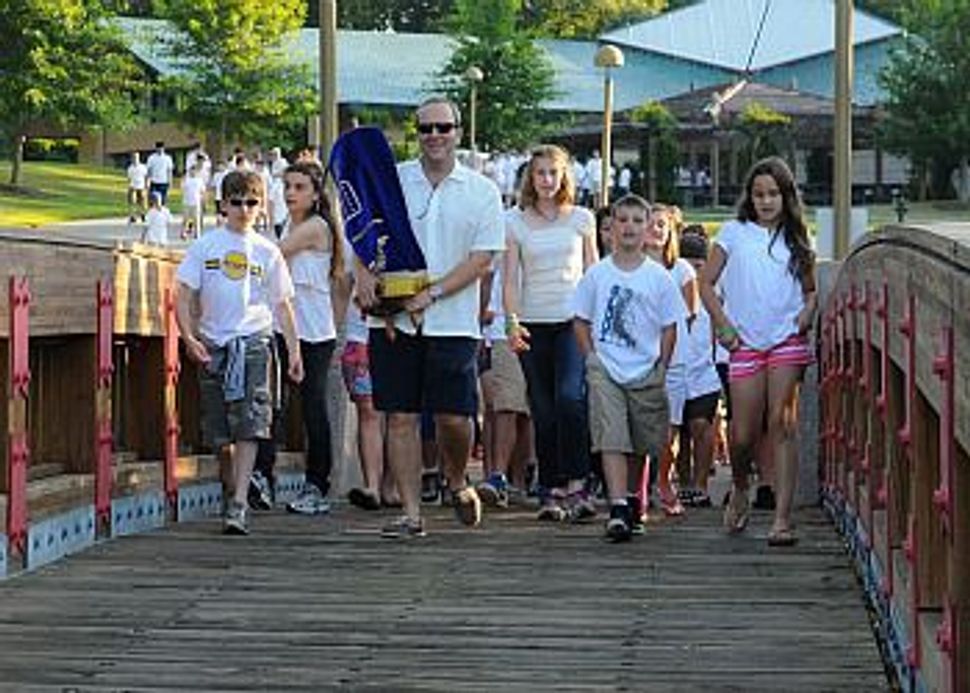 How has a rabbi inspired you or your community? Image by Union for Reform Judaism

Two weeks ago, when the Forward launched its special editorial project America’s Most Inspiring Rabbis, we had no idea what to expect. We asked people of all ages, denominations and backgrounds to nominate a rabbi who has inspired them or who had a profound effect on their lives or in their communities. But would readers respond? Would they take the time to write 200 words about a rabbi? Would we receive stories from a cross-section of American Jews — and would those stories move us? The answer to all of these questions is a resounding YES!

America’s Most Inspiring Rabbis marks the first phase of our year-long investigation into the challenges and changing roles of the American rabbinate. Editor-in-Chief Jane Eisner launched this initiative in a recent editorial, in which she addressed the effect our stalled economy has had on job opportunities for both young and old rabbis, as well as the difficulties women face breaking into the all-male Orthodox world — and the difficulties the Reform movement faces attracting men to its synagogues. As she concluded, “defining and sustaining the role of the modern rabbi is one of the most vital challenges before the American Jewish community today.”

After two short weeks, we have received an overwhelming number of responses from Jews across America. We have heard moving stories about rabbis from every denomination doing important work in Venice, Calif., Greensboro, N.C., Swampscott, Mass., Kansas City and New York City. We heard about people moving to new places and discovering thriving Jewish communities they never knew existed. We heard stories of remarkable strength — of a rabbi reaching out across denominational lines to help a woman say Kaddish for her mother when no one else in her Jewish community would. We heard stories about family, education, kindness and religious teaching.

If you have not yet shared your story with the Forward, we hope you will take a few moments to do so. Click here to nominate your rabbi by February 28, 2013. We will publish the most compelling submissions next month as part of our larger look at the 21st century American rabbinate. In the meantime, enjoy these moving excerpts from some of the submissions we’ve received thus far.

Making a difference during Hurricane Sandy:

He opened the doors to his home, offering coffee and comfort and conversation. He organized warm meals and clothing collections. He contacted relief organizations and arranged for help on his congregants’ behalf. He did whatever he could to ease his community’s suffering. It’s been months since Hurricane Sandy, and things are still far from normal in the life of my community, but we always knew we weren’t alone. Rabbi ___|_ made sure of that, and this alone has made the rebuilding so much easier.

Offering guidance in times of need:

Rabbi ___|_ officiated at my marriage and two weeks later at the funeral of my husband. She was there for me and the whole congregational community. She prayed with us during Ed’s illness and inspired us. She has taught me about Judaism, made me laugh and cry. She inspires many who have never belonged to a temple to join our community. Without [her], our community would not be as rich and strong as it is.

Making a difference, one person at a time:

Rabbi ___|_ is the humble teacher, working diligently in the Beit Midrash, helping fledgling Rabbinical students of all ages come to know Torah and develop within themselves a storehouse of love, respect, and dedication to serve the Jewish people with, hopefully, the same passion, humility and love that she does. She will never likely be on the cover of Time or be the head Rabbi of a large metropolitan Synagogue, but if we are taking about the shape of the Rabbinate, [she] is at the forefront of tomorrow’s conservative Rabbinate. She is quietly shaping the future of American Judaism one student at a time.

Teaching the next generation:

When I moved to Virginia 15 years ago, 8 months pregnant and the mother of a 3 year old, I began my search for a congregation that would welcome MY family. You see, I am a lesbian mom and finding a place to raise my children that would accept ALL types of families was not easy. After being told by other congregations that yes, we could join, but two moms would not be welcome on the bima for a Bar/Bat Mitzvah, and other comments that made our family feel marginalized, I met my Rabbi and found my Jewish home at Temple B’nai Shalom.

Have you been deeply inspired by a rabbi? Click here to share your story with the Forward.

Our Search for America’s Most Inspiring Rabbis