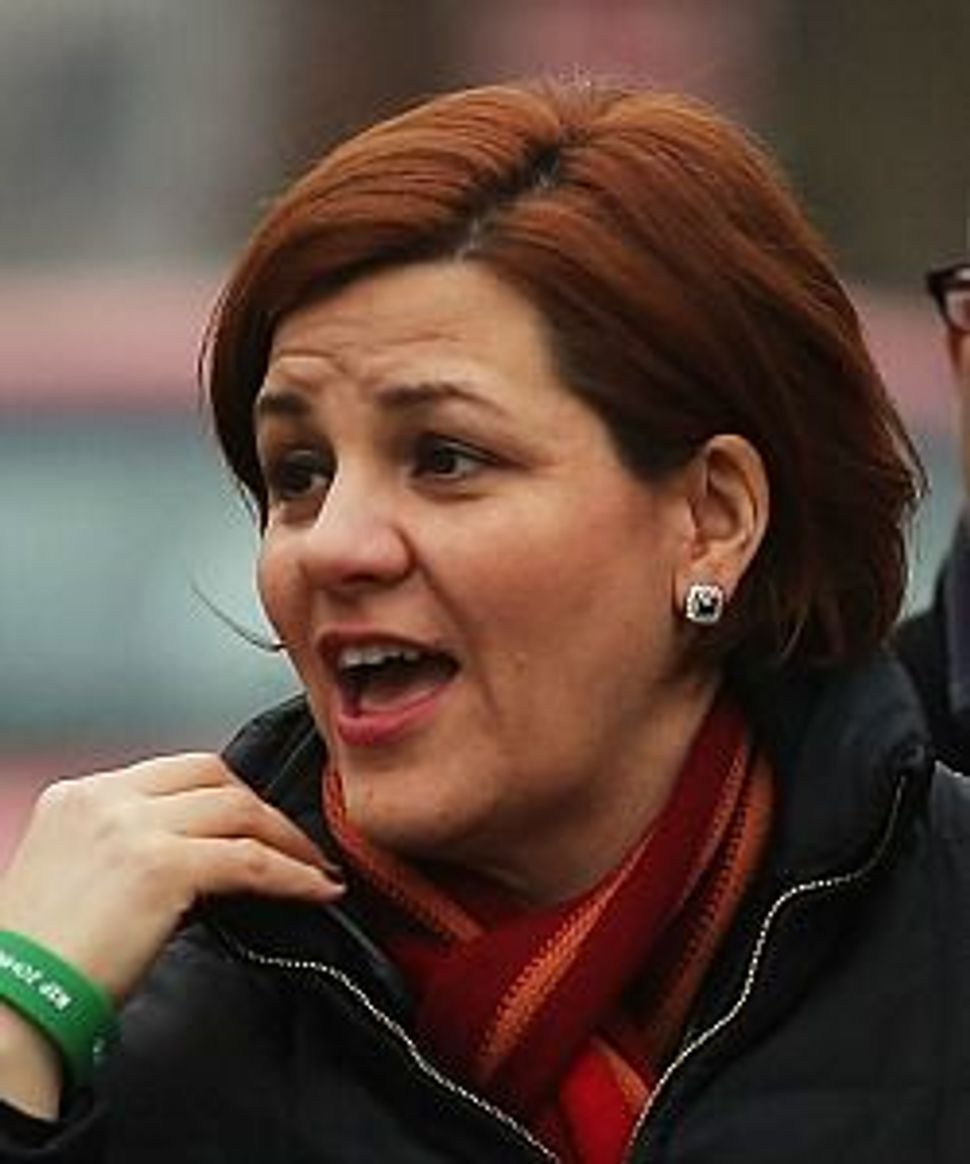 New York City Council Speaker Christine Quinn announced she was running for mayor Sunday, making official what had been all but acknowledged for months.

In a whistle-stop tour of the city and a new campaign video, Quinn touted her middle-class roots and a campaign agenda that emphasizes housing and education.

If she wins, Quinn would be the first female and also the first gay person to occupy Gracie Mansion.

Quinn has long been considered a frontrunners in the 2013 mayoral race. Yet she faces stiff competition from a large field of Democratic and Republican rivals, many of whom have made strong plays for Jewish votes in a field without a major Jewish candidate.

As City Council speaker, Quinn has opposed a measure that would force New York businesses to offer paid sick leave to their employees. Jewish groups backed the bill, including a long list of prominent New York City rabbis. Many of Quinn’s Democratic opponents support the paid sick leave measure.

Bill Thompson, the former comptroller of the city and a leading opponent for the Democratic nomination for mayor, has made major efforts to cultivate support in the Orthodox Jewish community, especially in Flatbush where he grew up.

Bill de Blasio, the public advocate, has done similar outreach and has strong backing in the brownstone Brooklyn neighborhoods of Cobble Hill and Park Slope, which he represented in the council.

There are no Jews among the frontrunners in the mayor’s race. That’s unusual in New York, which has had three Jewish mayors in recent decades.