How Bibi’s Right Flank Maneuvers To Box Him In 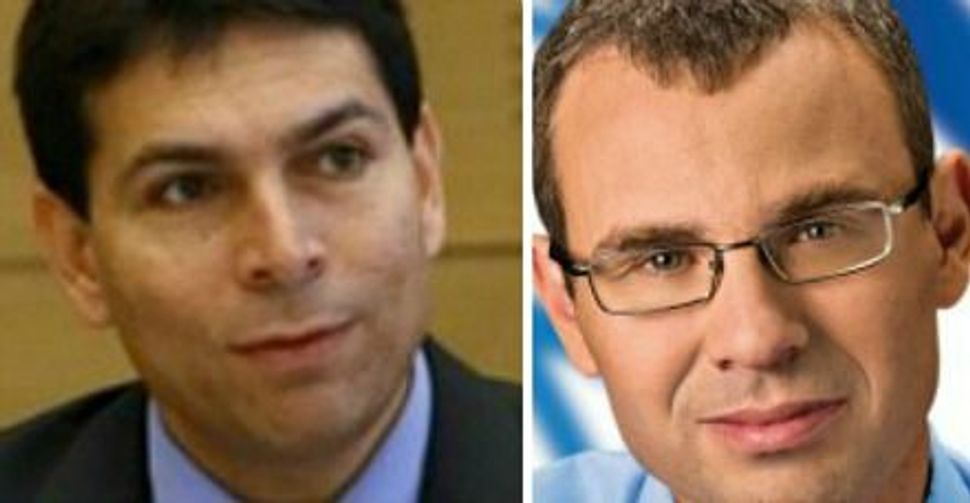 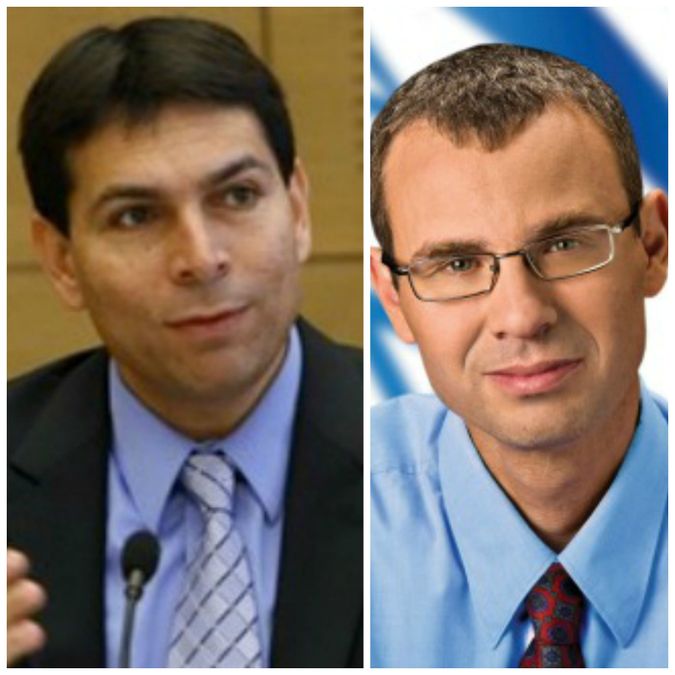 The guessing game continues: Will he or won’t he? Will Israeli Prime Minister Benjamin Netanyahu agree to open peace negotiations with the Palestinians on the basis of the Arab Peace Initiative — meaning, in effect, agreeing to start from the pre-1967 armistice lines as the basis for negotiating future borders?

Netanyahu is under pressure. He very much wants to sit down to negotiate with Palestinian Authority president Mahmoud Abbas — or, at least, to be seen as very much wanting to. He hasn’t accepted the Arab League plan, but he hasn’t explicitly rejected it. Most of those around him suspect that he’s leaning toward accepting some watered down version as he sees the odds of a binational state growing and the opening for a two-state solution slipping away — not to mention the international legitimacy he needs in the face of Iran.

He was seriously embarrassed last week when his deputy defense minister, rising Likud star Danny Danon, told The Times of Israel in a bombshell interview that neither the ruling Likud party nor the government as a whole would ratify a pact based on two states for two peoples. Danon said the Likud was “legally” opposed to the principle of two states for two peoples, because of formal resolutions adopted by the party about a decade ago and never rescinded. Indeed, Danon said,

It gets worse. Coalition whip Yariv Levin of Likud — he’s the guy in charge of rounding up Knesset votes whenever a bill comes to the floor — announced Wednesday that he would be assuming co-chairmanship of a new Lobby for the Land of Israel caucus within the Knesset to oppose any territorial concessions in the West Bank. The caucus is to be rolled out at a “celebratory” meeting of coalition hawks gathering in Tel Aviv tomorrow (June 11) to flex muscles against Netanyahu’s reputed peace plans.

Initial caucus membership is 35 lawmakers (out of 120 total), including two Yesh Atid lawmakers, Dov Lipman and Pnina Tamnu-Shata (other Yesh Atid members have joined a rival two-states caucus, initial membership 40). The Land of Israel caucus has outside support from several cabinet ministers who aren’t allowed to join caucuses, reportedly including defense minister Moshe Yaalon of Likud and Jewish Home’s economics minister Naftali Bennett and housing minister Uri Ariel. If I’m not mistaken, that comes to a majority of the 68-member coalition.

Coming to Bibi’s defense on the diplomatic front, former foreign minister Avigdor Lieberman, currently chair of the Knesset foreign affairs and defense committee, acknowledged today that a construction freeze is in effect in the Jewish neighborhoods of east Jerusalem across the pre-1967 Green Line, according to Galei Tzahal Radio.

The freeze is temporary, Lieberman said, and is out of “respect” for Secretary of State Kerry. That was confirmed by officials in the Housing Ministry, who told Galei Tzahal that no apartments had been sold in Jewish neighborhoods in east Jerusalem since the beginning of the year.

Hours later, however, the freeze was denied in formal remarks from the rostrum of the Knesset by the cabinet liaison to the house, deputy minister Ofir Akunis.

Akunis, 40, along with Danon, 42, and Levin, 43, are card-carrying members of a cadre of young, attractive, fast-rising Likud stars, all in their 30s and 40s, all radical hard-liners, who are enormously popular with the rank and file. Others in the group are deputy foreign minister (and former coalition whip) Ze’ev Elkin, 42, and deputy transportation minister Tzipi Hotevely, 34. After doing well in the Likud primaries last fall, the group was expecting that a few of their number would be appointed ministers in the new cabinet. Instead they all received deputy ministerships, a snub that’s only fueled their readiness to confront and embarrass Bibi.

Compounding the Netanyahu guessing game is the fact that the informal freeze that’s been instituted in the West Bank, outside Jerusalem, must be enforced by the Defense Ministry, headed by outspoken hawk Yaalon. Yaalon is said by observers on the right and left alike to have dialed back the relatively dovish policies of his predecessor Ehud Barak and adopted a more settler-friendly approach, easing up on illegal construction and outposts and promoting post-facto legalization of some outposts. If and when a showdown comes over enforcement of the freeze, Yaalon will have to decide which side he’s on — and what’s more dangerous for his career ambitions.

And Yaalon has an in-house babysitter in his deputy minister Danon, arguably the leader of the young Turks group. Danon’s strength in the party is reflected in the fact that he’s emerged as the lead candidate to chair the upcoming Likud party convention, which must be convened by the end of this month under a court order — another embarrassment for Netanyahu, who doesn’t need another demonstration of the strength of his right flank. His reputed backing for the Land of Israel caucus doesn’t augur well for moderation.

On the left, opposition Labor Party leader Shelly Yachimovich announced on Friday that she wouldn’t let Bibi fall if he decides to go for talks and his right flank bolts. Netanyahu himself emphasized that Danon and other opponents of the two-state solution don’t speak for the government. On the other hand, as Danon points out, he hasn’t brought the option to his cabinet for a vote. And if he were to lose the right flank of his coalition — the Jewish Home party and the Likud hard-liners — and bring Labor aboard, he’d be left as the right flank of his own government, something he’s never wanted to do.

How Bibi’s Right Flank Maneuvers To Box Him In