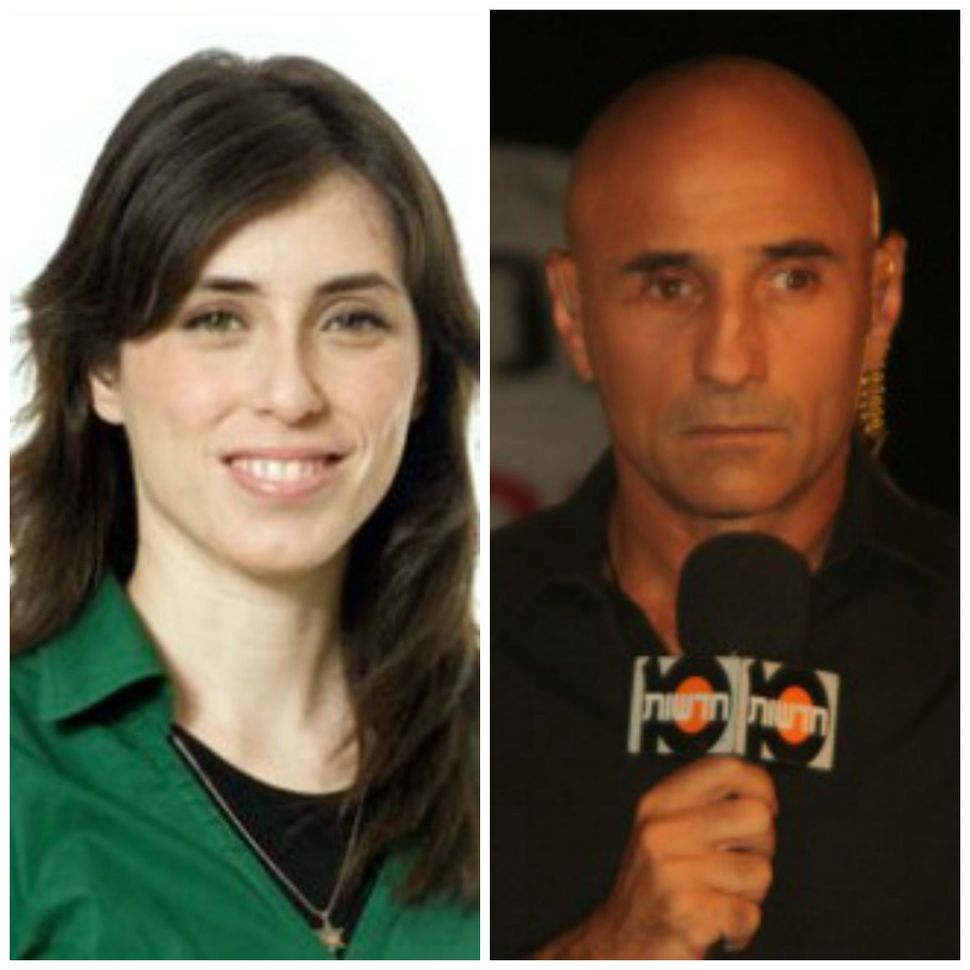 Lapid, the journalist-turned-politician who scored big in January elections as the champion of the center-left, told New York Times correspondent Jodi Rudoren in an interview published May 19 that he opposed freezing settlement construction, wanted Jerusalem entirely under Israeli sovereignty and—feinting to the right of Bibi Netanyahu—doubted that Palestinian leader Mahmoud Abbas was a partner for peace.

The first sign of trouble came 12 days later, in a May 31 Yediot Ahronot interview with science minister Yaakov Peri, the former Shin Bet chief who was Lapid’s first pick for his party slate last October. A longtime dove, Peri said he had been “saddened” that Yesh Atid hadn’t raised the peace process in its fall campaign, saying it was an electoral strategy recommended by Washington consultant Mark Mellman. Acknowledging that he didn’t agree with Lapid on the peace process, Peri called Abbas a “partner for talks” and endorsed a two-state peace pact based on “a return to the 1967 borders, with minor adjustments and retaining three settlement blocs.” He said he would “be making my voice heard soon on this matter.”

Shelah was responding to an argument made moments earlier at the same conference by deputy transportation minister Tzipi Hotovely, a Likud hardliner. She claimed that the “entire coalition agrees that the settlements are not an obstacle to peace,” recalling Lapid’s New York Times interviews. Both lawmakers were participating in a panel discussion on the Arab Peace Initiative, sponsored by the Molad Center for Renewal of Israeli Democracy, together with the Likud and Labor student clubs at Hebrew University.

The sniping continued on June 14 in a fraught exchange between Peri and defense minister Moshe Yaalon, a Likud hardliner. Yaalon, in a Friday morning address to the Washington Institute for Near Policy, attacked the Arab Peace Initiative as “spin” that demanded concessions from Israel without commitments on the other side. He expressed doubt about the prospects for successful peace negotiations in the foreseeable future, given Palestinian refusal to “recognize Israel’s right to exist as a Jewish state.” In the interim, he said, the conflict should be “managed.” He claimed, too, that the Palestinians “enjoy already political independence” in two entities in the West Bank and Gaza.

Peri responded that evening, in comments quoted in Haaretz and Nana-News10, that comments like Yaalon’s “only distance us from the negotiating table,” and that “the Arab Peace Initiative, with changes required where Israel’s security is concerned, is one of the main paths worth considering. We must consider it seriously, instead of dismissing it with a wave of the hand.”

Here is the text of the Arab Peace Initiative. Note that Paragraph 3 promises to “Consider the Arab-Israeli conflict ended, and enter into a peace agreement with Israel, and provide security for all the states of the region,” and “Establish normal relations with Israel in the context of this comprehensive peace.” Note, too, that the demands on Israel include “Achievement of a just solution to the Palestinian refugee problem to be agreed upon in accordance with U.N. General Assembly Resolution 194.” That is—as explained to me recently by one of the drafters—“agreed upon” by Israel as well as the Palestinians.

You’ve probably heard that Resolution 194 means flooding Israel with millions of Palestinian refugees under the so-called Right of Return. Here is Resolution 194. The part you’re looking for is Paragraph 11, which

Resolves that the refugees wishing to return to their homes and live at peace with their neighbours should be permitted to do so at the earliest practicable date, and that compensation should be paid for the property of those choosing not to return and for loss of or damage to property which, under principles of international law or in equity, should be made good by the Governments or authorities responsible…

See where it talks about a “right of return”? Neither do I. I’m just saying…