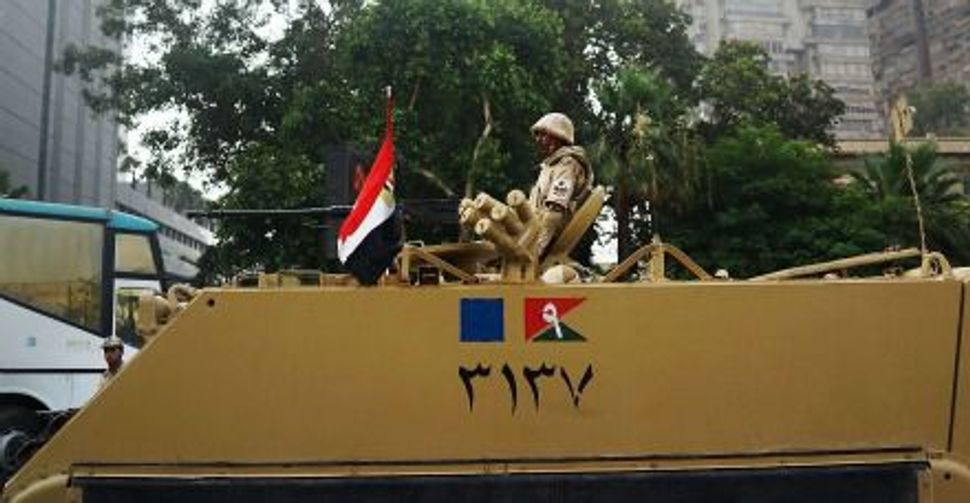 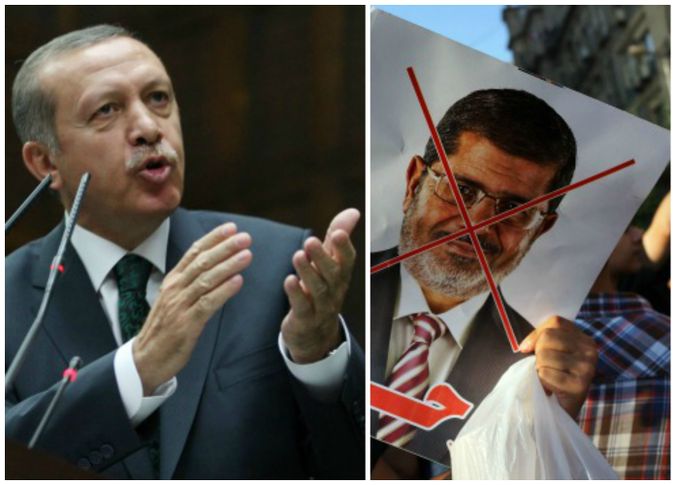 Looking at Egypt’s latest earthquake from the sober distance of a few solid hours, two important takeaways, each nicely captured in an eye-catching headline. One frames a fresh column by Bloomberg Businessweek deputy editor Romesh Ratnesar: “Revolt in Egypt Marks the End of America’s Illusions About Arab Democracy.”

The other sits atop a column by the canny Bulgarian journalist Victor Kotsev in the Hong Kong-based Asia Times: “Egyptian nightmare for Erdogan.”

Erdogan, of course, is Recep Tayyip Erdogan (AIR-doo-wan), prime minister of Turkey since 2003 as head of the ruling Justice and Development Party, or AKP, which fancies itself the leading edge of a new wave of moderate political Islam. Kotsev writes:

While the Turkish government spent much of the last couple of years branding itself as a paradigm for Egypt and other Arab Spring countries, the reverse is now taking place: Egypt is becoming the nightmare scenario for Turkish Prime Minister Recep Tayyip Erdogan.

It’s a nightmare in several senses. For one thing, Turkey has spent vast sums of money and political capital trying to tout itself and Egypt as leaders of the new wave. The victory of the Muslim Brotherhood last year in Egypt, the Arab world’s most popular country, was Erdogan’s chance to show that his brand of democratic Islamism had graduated from test-case to movement. Now, as Wall Street Journal reporter-blogger Joe Parkinson wrote today,

Analysts said that the prospect of the fall of Egypt’s democratically-elected Islamist government, could represent a serious blow to Turkey’s aspirations of regional leadership.

“The developments in Egypt are unfortunate, but along with the situation in Syria, it appears to mark the end of whatever dreams the Turkish government previously had of playing a leading role to a series of friendly Islamist governments in the region,” said Soli Ozel, professor of International Relations at Istanbul’s Kadir Hass University.

And not just dreams of regional leadership. Turkey has been rocked by major street protests of its own for the past five weeks. The violent phase seems to have ended—with a brand-new court victory for the protesters, it’s worth noting, annulling the parkland development project that brought them into the street—the mere fact that the protests could topple his fellow Islamist to the south has to be making Erdogan a tad nervous. And on top of that, the coup de grace was delivered by the army, the institution that’s been Erdogan’s greatest bane since the beginning. Kotsev:

True, the danger of a military coup in Turkey at the moment is close to zero, if only because Erdogan has locked up an entire army college (some 330 officers) on charges of plotting against him. But the parallels between the two countries run far beyond the superficial. For the record, so too did Egyptian still-President Mohammed Morsi try to purge the army last year, although he only removed a few top generals

Most importantly, both countries are experimenting with moderate political Islam, and the experiments have produced mixed result as far as genuine democracy is concerned.

As for America’s broken dreams, they also began a decade ago, when President Bush decided to adopt the strategy of exporting democracy as the way to tame the Middle East and “defeat the terrorists.” This is where it’s gotten us. Here’s Ratnesar in Bloomberg Businessweek:

Morsi’s removal may well empower forces that are more friendly to the U.S. than the Muslim Brotherhood. It also signals the end of a decade-long U.S. project to bring democracy to the Middle East.

In the aftermath of the terrorist attacks of Sept. 11, 2001, the administration of George W. Bush initiated a profound shift in U.S. foreign policy. The U.S. would no longer continue to give a blank check to autocratic Arab regimes that deprived their citizens of political liberty. The logic of the Freedom Agenda, as it came to be known, was that democracy would help ease the frustrations of restive Arab populations and stem the appeal of Islamic extremism. That theory was one of Bush’s main justifications for invading Iraq, a decision that ultimately brought to power a government allied with Iran. The Bush Administration also pushed for elections in the Palestinian Authority—which were won by Hamas, an organization committed to Israel’s destruction.

The debacle of the Iraq War was a major factor in Barack Obama’s presidential victory in 2008, and he immediately began to pivot away from the democracy agenda, to the fury of his conservative detractors. He declared his new approach in a 2009 speech in Cairo. Ratnesar:

As the Arab Spring unfolded in 2011, however, Obama more openly embraced democratization. The administration gave tacit support to the revolution in Tunisia, publicly called for Mubarak to step down, and undertook military action to aid the rebellion against Libya’s Muammar Qaddafi.

The result has been, in a word, chaos. Of the countries in the Middle East in which the U.S. has supported regime change since 2003, only Tunisia can be said to be anything resembling a stable, functioning state.