Kerry’s ‘Naïve’ Peace Bid: Who Got the Last Laugh? 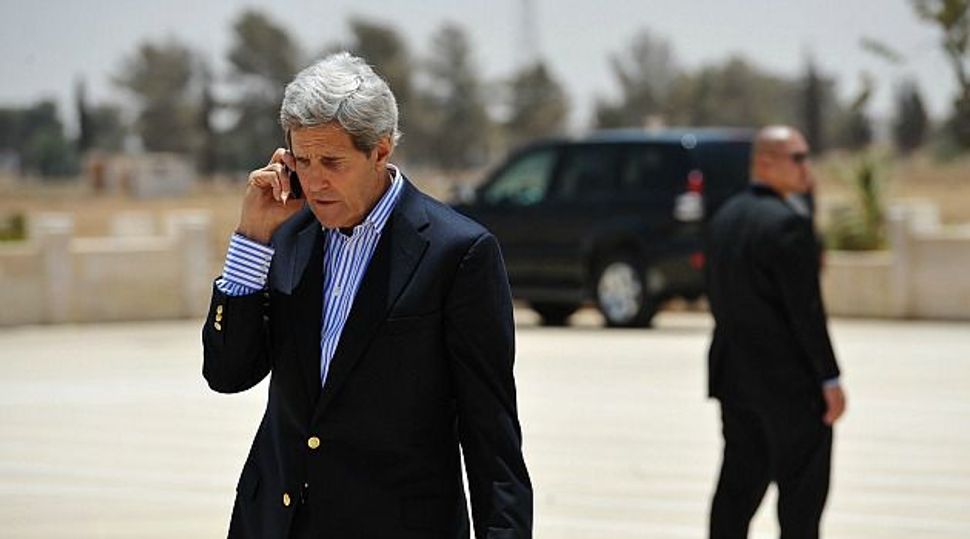 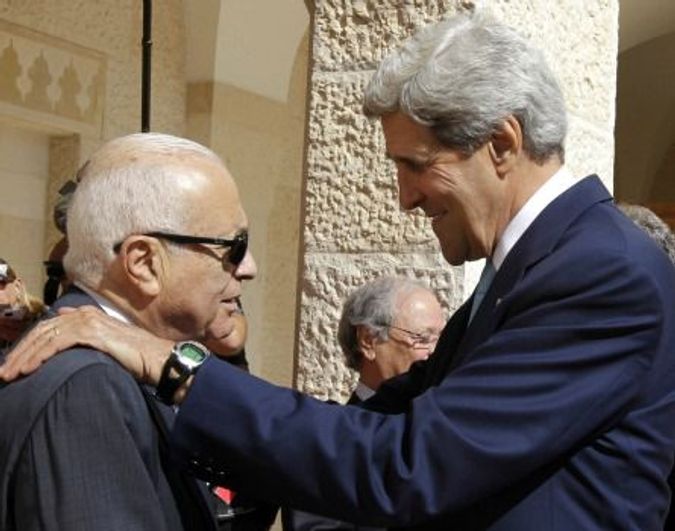 Well, surprise, surprise. After months of hearing from all the wise pundits from left to right that Secretary of State Kerry was beyond his depth in Israeli-Palestinian peace-making, that he was “naïve and ham-handed” (מגושם in the original), “dumb” and “clueless,” it turns out they all got it wrong. Of course, they’re still a long way from a peace agreement. They haven’t even launched peace negotiations. But they’ve agreed to try, and that’s more than anyone thought possible just a week ago. It looks like Kerry gets the last laugh, at least for now.

How did everyone get it so wrong? Four main reasons, I think. First, a major epidemic of cynicism, reinforced by the fashionably jaded, world-weary pose so beloved of journalists. Second, wishful thinking by ideologues who oppose the idea of two states for two people and cling to the idea that it can’t happen. Third, a deep distrust of the two leaders, Netanyahu and Abbas, and of the political systems they lead.

Fourth, and perhaps most important, months and months of no news. It’s an old truism that if you want to bring two sides toward painful compromise, you have to keep the deal under wraps until it’s all done—otherwise each side can be accused of giving away the store and getting nothing in return until skeptics on both sides have nibbled it to pieces. But past rounds have been so leaky that everyone on the outside got used to hearing about every step as it happened. Consequently, the lack of incremental progress reports this time looked like a lack of progress. So when the deal was unwrapped, it took everyone by surprise.

But the image of Kerry as a clueless naïf blundering his way through the thicket isn’t the only myth that’s been exploded in the last two days. Here are a few others:

Myth 1: The Arab League and its peace initiative are irrelevant to the Israeli-Palestinian peace process. Kerry’s highly visible recruiting of the Arab League’s peace initiative monitoring committee, first in Washington in April, then in Amman last week, sent important messages in two directions. First, the April meeting, where the league announced that it would accept land swaps to include the settlement blocs, encouraged Israeli moderates (and weakened hardliners) by increasing awareness of the little-known initiative, showing the secondary benefits of a peace agreement and indicating that a compromise would have broad backing in the Arab world. Second, the Amman meeting last week provided the cover that Abbas and the Palestinians needed to move toward Kerry and close the current deal.

Myth 2: The European Union’s mini-sanctions on funding to settlements would upend the peace effort. The June 16 Haaretz report of new European Union rules, barring scientific or cultural grants to Israeli institutions operating in the settlements, evoked outcries across the Israeli political spectrum. Politicians on the right called the new rules “racist” and vowed to continue building in the settlements. The left called it a wakeup call about the danger of continuing the occupation, but protested that the decision would hurt movement toward peace and encourage extremists, as Finance Minister Yair Lapid wrote in a New York Times Op-Ed essay on Friday.

Lapid’s timing was unfortunate. By the time his article went to press, Kerry was putting the final touches on the announcement that talks were going to be renewed. As Haaretz diplomatic correspondent Barak Ravid reports today, the European measures actually helped move the peace talks forward by convincing Netanyahu—with a little prodding from Kerry—that the status quo was worsening Israeli isolation and leading toward a dangerous delegitimization of Israel. That convinced Netanyahu to offer just enough, when combined with some serious prodding by Kerry and encouragement from the Arab League, to bring the Palestinians back to the table.

Myth 3: America and its partners can’t want peace more than the parties themselves. That adage, which probably originated with Bill Clinton, was meant to minimize the role that American and European pressure could play in forcing Israelis and Palestinians into an agreement that neither of them wanted. Underlying it is the assumption that it is Israelis and Palestinians who bear the consequences of their dispute, and ultimately it’s not up to others to tell them how to live their lives. In fact, though, it’s been clear to American policymakers at least since January 2010, when generals from the U.S. Central Command presented a power-point to the chairman of the Joint Chiefs of Staff, Admiral Mike Mullen, that the Israeli-Palestinian conflict has real-life consequences for others, including the United States, and so Washington has an urgent interest of its own in resolving the conflict, separate from what the parties want. General David Petraeus, the chief of Central Command, ran into a buzz-saw of criticism from pro-Israel groups when he presented the case personally to the Senate Armed Services Committee that March, but the critics didn’t change the military’s fundamental perception of America’s interests.

America isn’t the only outside party with a compelling interest in resolving the dispute. Saudi Arabia led the Arab League to adopt its peace initiative in 2002 because of Saudi concern that the continuing Israeli-Palestinian dispute was strengthening Arab radicals, undermining regimes and threatening the region’s stability. European leaders have been alarmed for years about the destabilizing impact of increasing radicalization among Muslim immigrant populations on the continent. We live in a global village, and the idea that Israel’s affairs are nobody else’s business is short-sighted at best, dishonest at worst.

None of them—Americans, Europeans or Saudis—would make the argument that the Israeli-Palestinian conflict was solely or even mainly responsible for rising tension and instability. What they argued was that the continuing conflict contributed to the problems, and that resolving it would go a long way toward lowering the flames. Ultimately, it was those three forces—America, Europe and the Saudis—who pushed Netanyahu and Abbas beyond their comfort zone and into the uncharted territory of genuinely painful concessions this week.

We’ll give the last word to Tony Bennett and George Gershwin’s “They All Laughed” (“Who’s Got the Last Laugh Now?”):

(The classic version of this song is the Ginger Rogers-Fred Astaire number from the 1937 film “Shall We Dance?” To see it, click here – the song begins at 2:00, and keep watching for the dance number. Nobody ever did it better.)

Kerry’s ‘Naïve’ Peace Bid: Who Got the Last Laugh?