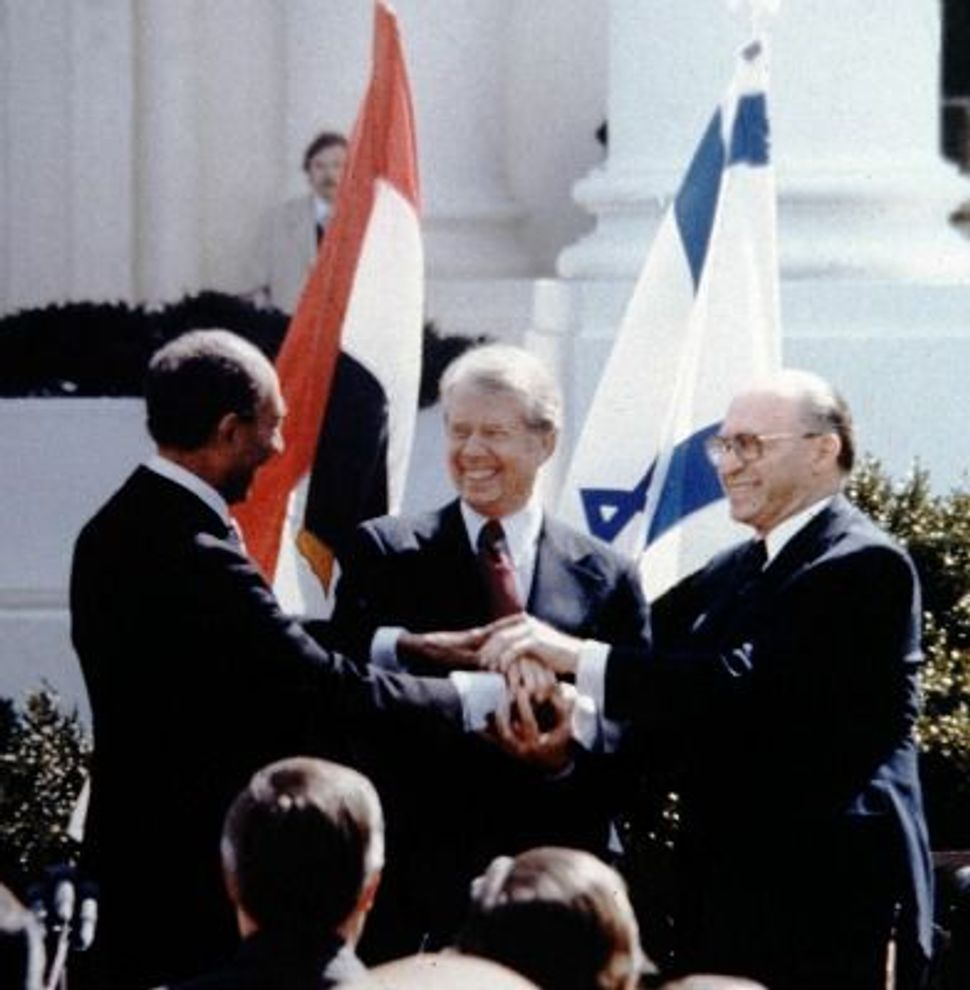 At the risk of sounding ethnocentric, the current earthquake in Egypt has enormous implications for the well-being of Israel, and not in a good way. Put simply, the course of action that seems self-evidently proper to right-minded Americans — punishing the Egyptian military, ending military cooperation, suspending aid — will almost certainly have a catastrophic impact on Israel’s peace with Egypt. The irony is, it won’t particularly affect the course of events inside Egypt — the Egyptian military is too powerful internally, and too deeply hostile to the Muslim Brotherhood, for an American spanking to deter it. Nor would restoring the Brotherhood to power make the lives of ordinary Egyptians better. On the plus side, it would make us feel better knowing we had struck a blow, however symbolic, for democracy in the Middle East. We Americans love symbolic politics.

America’s billion-dollar-plus annual aid package to Egypt does not exist for Egypt’s benefit, but for Israel’s. It’s the carrot, or bribe, that keeps Egypt faithful to its peace treaty with Israel, despite its enormous unpopularity on the Egyptian street. That treaty is critical to Israel. And no, there’s no reason to think that peace with the Palestinians would make the Egyptian agreement unnecessary, nor suddenly dissipate the hostility of the Egyptian street. More likely the opposite: a disruption in the Israeli-Egyptian relationship would have a devastating impact on Israeli-Palestinian relations. Egypt has been a critical mediating force for years, both between Israel and the PLO and between the PLO and Hamas. And this is without discussing the sudden new importance of Israel-Egyptian cooperation given the rise of Al Qaeda-linked actors in Sinai (which I’ve written about in my latest Forward column — watch for it).

Alex Fishman lays out the case in today’s Yediot Ahronot. The translation reproduced here is taken from the invaluable daily news digest of the S. Daniel Abraham Center for Middle East Peace.

The horrific footage out of Cairo reflects not only Egypt’s worst dreams coming true, but Israel’s as well. The Obama administration is going to punish the Egyptians. At least that is how Washington began to act as of Wednesday evening. Congress has signaled that it might suspend military and economic aid to Egypt. Given the current atmosphere, there is a good chance that the Pentagon will suspend all cooperation with the Egyptian security establishment.

If they find themselves in a state of severe internal crisis, the Egyptian authorities are liable to look for an external enemy to help them close ranks. The atmosphere in Washington is so hostile to the course of action that has been taken by the Egyptian army that even members of the Jewish lobby, AIPAC, have already told Israel that there is no point fighting for the Egyptians in Congress, saying that that is a lost cause.

The current turn of events in Egypt — more so than everything that has happened in the two and a half years since Mubarak fell from power — is liable to impinge upon the peace accords between Israel and Egypt.

One can deduce from the increased Egyptian activity against global jihad groups in Sinai that there is more intelligence about planned terror attacks against Israel. It is very reasonable to assume that the dilemmas Israel is soon going to face regarding ticking bombs on the Egyptian border are going to mount further.

Terror attacks in Eilat, attempts to strike at Israeli civilian aircraft, violent attacks along the border in hope of breaching the fence and perpetrating mass murder inside Israel, tunnels being dug into Israel — efforts of those kinds are definitely afoot in Sinai. Egypt will soon be in a situation in which the Israeli political and security establishments will be obliged to prepare for rapid changes both along the border and in terms of our relationship with the Egyptian authorities and the peace accords.