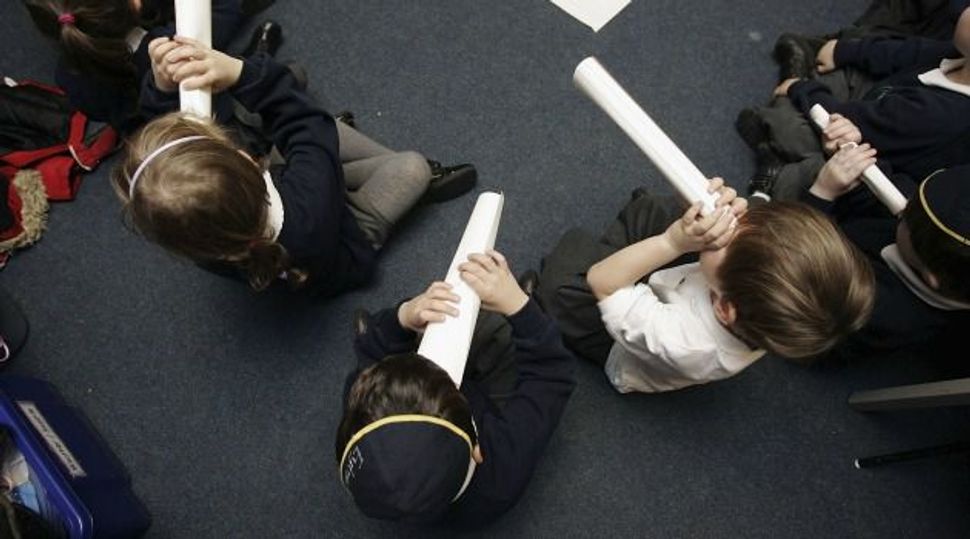 In London’s school uniform shops, the experienced sales clerks know what Jewish parents will order before they open their mouths.

The shops carry the clothing with embroidered crests for numerous schools, but today, you can normally guess from the parents which school their children go to, and therefore which uniform they want. The frum-ness level of the parents’ appearance gives it away.

There are all sorts of nuances in the parents’ appearance that point to their precise religious orientation, and more often than not, they will go for the schools that fit their look.

The Jewish day school system in Britain is an amazing success, to an extent that it makes Jewish educators in America jealous. With the state meeting all costs of most of the Jewish schools except the cost of religious studies, and Jewish schools faring well in secular education, a very high proportion of British Jews send to Jewish schools. More than 50% of Jewish children between the ages of 4 and 18 are now in Jewish day schools.

These rates have risen significantly in the last three decades. And one of the knock-on effects has been the polarization of families from different religious levels.

Back in the eighties, schools were relatively mixed. There were more frum and less frum schools, but the Jewish schools generally contained a mix of children from Orthodox homes, and children from traditional or secular homes whose parents waned a Jewish education.

This has changed significantly. Today, if you are Orthodox, you’re unlikely to send to the mainstream Jewish schools that traditional or secular parents send to (even though they are almost all run along Orthodox lines), and will almost certainly opt for a school that defines itself as frummer. These schools tend to accept only fully observant families, and often interview parents to find out about their religious standards.

It is, perhaps, an inevitable development. The growth of the Jewish educational sector has led to more choice, and the growth of the Orthodox sector has given it more strength to crate its ideal educational environments. But something has certainly been lost — sense of unity between parents of different religious standards. And in losing Orthodox families the mainstream Jewish schools have lost the sector that was often the beating heart of the school — the sector that injected much passion in to the Jewish activities and life of the establishment.

The British Jewish community is thriving, and much is thanks to its amazing day school set up. But if the last few of decades have been about building this to the success it is today, there is now a need to consider the challenge of how to nurture a sense of Jewish unity in an environment where one has less and less need to encounter religious diversity.