You Can’t Rebrand the Occupation 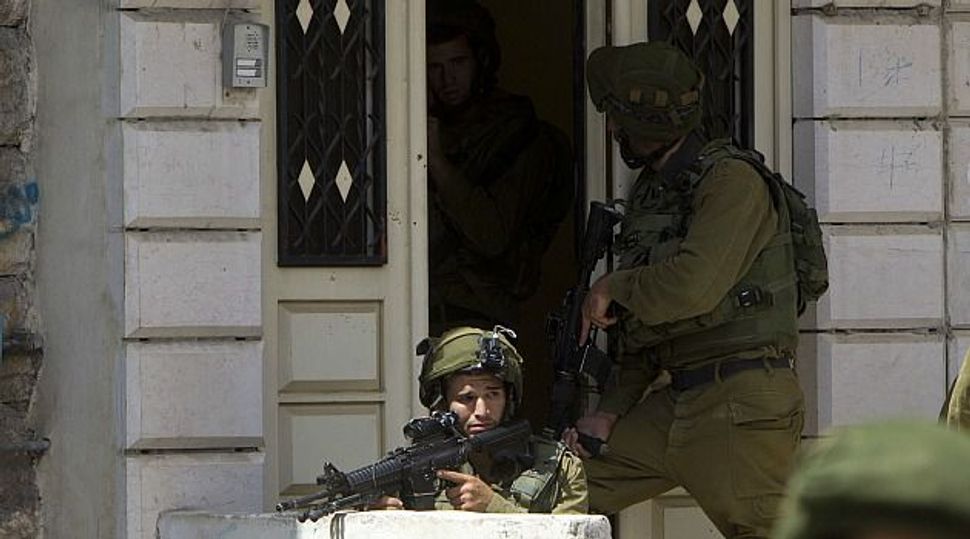 No sum of money can rebrand Israel’s occupation

The Jewish Agency has teamed up with Israeli Prime Minister Benjamin Netanyahu and American Jewish philanthropists to launch the most exorbitant “pro-Israel” campaign ever — expected to reach an annual budget of $300 million by 2015.

The stated aim of the lavish endeavor — which will only be formally announced at a conference in Jerusalem in October — is to strengthen the connection between Israel and Diaspora Jewish communities. The project will reportedly focus on Israel education, Israel’s image on campus, free trips to Israel and giving incentives to immigrate to Israel — all programs that the Jewish Agency, American Jewish organizations and the State of Israel are already deeply invested in.

So, why the sudden need to pour millions of more dollars into a set of programming that doesn’t appear to offer anything new?

It may have something to do with the fact that Israel is a hard commodity to sell these days. The 46-year occupation is going strong, settlement construction continues unabated, settler violence is on the rise and an increasing number of Israeli members of Knesset are openly coming out against the establishment of a Palestinian state and a two-state solution. For “pro-Israel” professionals who make their living building up Israel’s brand identity as best they can, just like any product on the market, this is, as Daniella Peled put it in a recent op-ed for Haaretz, a “marketing nightmare.” Despite Israel’s gay-friendly beaches, successful start-ups and Nobel Prize winners, its most popular brand by far (and unfortunately) is its occupation. And there’s some buyer’s remorse.

The European Union is set to implement guidelines in 2014 that restrict cooperation with Israeli entities operating in the West Bank, something the Israeli government and the U.S. have been desperately trying to stave off; renowned physicist Stephen Hawking decided to turn down an invitation last May to Israel’s Presidential Conference out of solidarity with the Palestinian call for boycott; popular cultural figures like musician Roger Waters and author Alice Walker have endorsed the Boycott Divestment and Sanctions movement, and continue to make headlines every time they urge another artist to follow suit.

All this has the prime minister concerned. Senior Israeli businessmen have warned Netanyahu that the stalled peace process threatens Israel’s economy; in June, he called on several American Jewish millionaires to help him combat efforts around the world to “delegitimize” Israel (often his codeword for boycott) and endorsed recommendations by the Jewish People Policy Institute – a think tank founded in 2002 by the Jewish Agency – to counter what is described in their annual report as “anti-Israel sentiment on the settlement issue” (making it clear their definition of pro-Israel is pro-settlement); and at around the same time, the Conference of Presidents of Major American Jewish Organizations announced it was launching a major social media campaign to fight BDS.

In this context, it is difficult to see the new multi-million dollar “Prime Minister’s Initiative” as anything but a desperate and misguided campaign to try and rebrand Israel – but without dealing with its most defective product. A campaign that could bolster Israel’s image much more effectively and probably be cheaper for both Israelis and Americans is one that neither the Jewish Agency nor the prime minister have put on the table: Ending the longest-running military occupation in history.

You Can’t Rebrand the Occupation