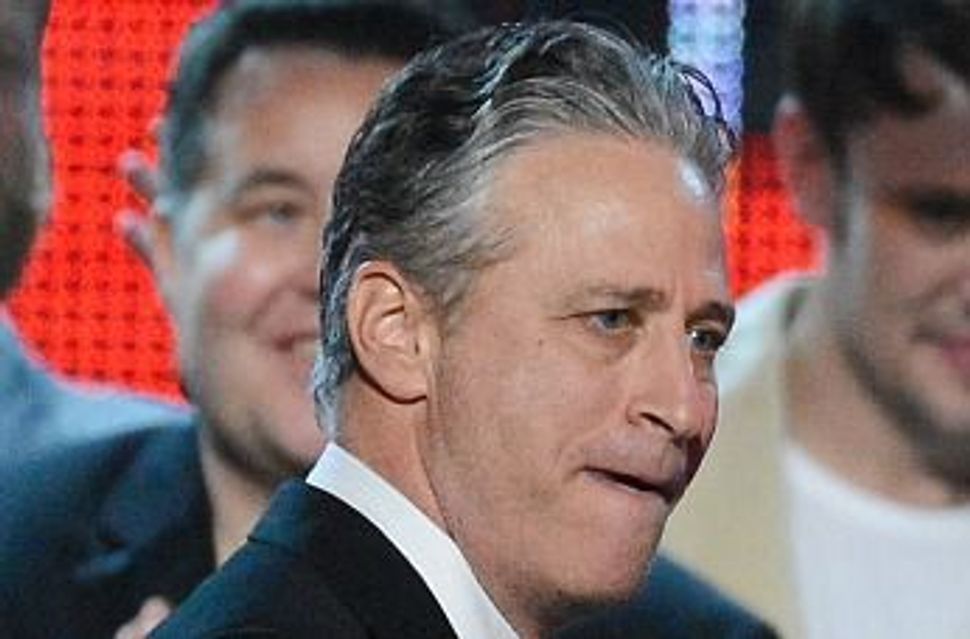 True or not, Eskimos are famed for having 40 words for snow: Jews on the other hand have Yiddish — a whole language for being funny, featuring a vowel combination that is synonymous with hilarity.

That turns out to be handy because Jews — at least American Jews who don’t have to worry about anti-Semitism either violent or genteel or about existential threats to their country — now value humor more highly than observance of Jewish religious law.

Never mind Rabbi Susan Silverman and her quest to pray at the Kotel, let’s embrace the far more authentically Jewish jokes of her cross-wearing sister.

According to the massive Pew survey out today, 42% of American Jews think that having a good sense of humor is what it means to be Jewish.

It’s good that those 42% do have a good sense of humor because they can have a chuckle at the 34% of American Jews who think that believing Jesus was the messiah is compatible with being Jewish. Denying the Inquisition and refusing to bow to a millennium of Christian oppression is so passé. Dying for your beliefs is so Old World, so quaintly European.

Which is not to forget all those European deaths. 73% do say that “remembering the holocaust” is essential, as is “leading a moral and ethical life” (69%), “working for justice and equality” (56%) and “being intellectually curious” (49%). It’s a shame that Rabbis Akiva and Hillel were so caught up with their whole religious thing because their teachings about Leviticus 19:18 (that’s Vayikra, for the 13% of American Jews who can understand Hebrew — and for those who can, eizeh shtuyot!).

Forward contributing editor Eddy Portnoy, who taught a recent “Development of Jewish Humor” course at Rutgers University suggests that since 58% of Jews don’t think that being funny is essential to Jewish identity perhaps “most Jews are, in fact, not funny, which belies the popular image of the Jew as humorous.” If this is a trend, professor Portnoy speculates that:

any decrease in the Jewish funny quotient, probably has much to do with the reduction in Jewish alterity, probably the most significant factor in the production of Jewish humor. As the Jewish insider/outsider perspective changes to an insider only perspective, the humorous sensibility that accompanies the former, typically thanks to an ability to perceive absurdity in social interactions slips away.

Clearly Portnoy has something personal invested in the idea of Jewish identity being related to a lack of sense of humor, but he touches on an important point: there is a chasm that lies at the heart of the Jewish people. The split between the funny “Jon Stewart” Jews and the non-funny “Martin Buber” Jews threatens to be existential. While there are less sparky segments of “The Daily Show” few are quite as slow as “I and Thou” or even the slower sections of the Rambam’s occasionally racy Mishneh Torah. But perhaps the Rambam’s slow burn is what has sustained Jewish civilization for millennia.

Over the next decade or longer, communal leaders will try to bring these two groups together and increase the size of both. Perhaps the ADL will stop worrying about anti-Semitic canards and focus more on strong set-ups and clever callbacks. There will be Daf Yomi parties for the Jon Stewart-ites and Laugh Yomi parties for the Buber-ites.

What remains to be seen is whether, in a country dedicated to the pursuit of life, liberty and the pursuit of happiness, Judaism and Jewishness has anything compelling left to offer.