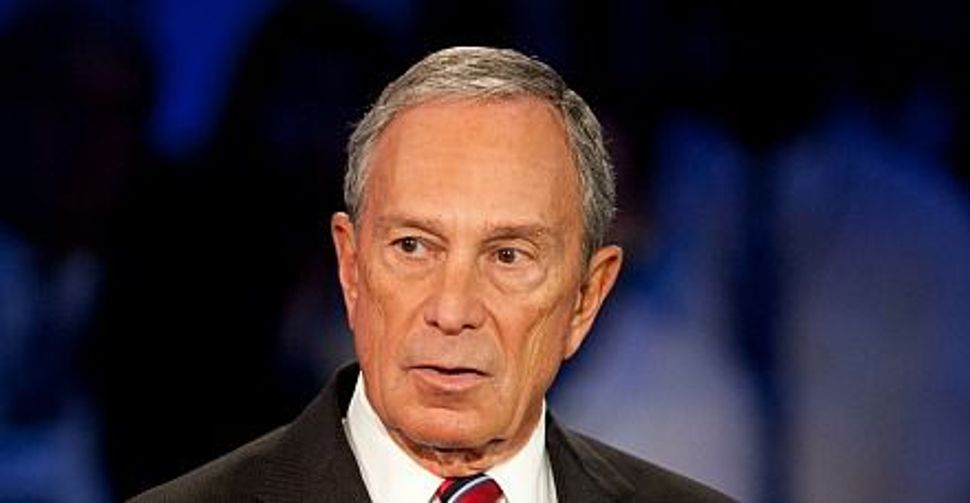 We have some bright ideas about what he should do with all that cash.

The million bucks, chump change for the richest man in New York City, came along with the Genesis Prize, bestowed by a committee dominated by right-leaning Israeli political figures. Bloomberg said he would spend the money on an as-yet-to-be-determined cause in the Middle East.

Below, six causes that we think might pique his interest.

STOP AND FRISK, SABRA-STYLE
Bloomberg is all for New York police’s stop-and-frisk policies aimed at rooting out crime. Support the ultimate stop-and-friskers — guys who make the NYPD look like the assistant principal for community outreach at a Montessori pre-school.

BAKED NOT FRIED
OK, this one’s not a charity. But Bloomberg, scourge of fatty foods (though fan of BLT’s) could trim Israeli’s waistlines by backing baked falafel in Israel over fried falafel. Think of it as the Big Gulp ban, Middle East-style.

NO-CIG SOLUTION
Bloomberg banned smoking from New York City restaurants and parks — now he can clear the air in the occupied West Bank. Israelis and Palestinians are two peoples with one bad habit. Distribute nicotine patches at checkpoints, in both the Israeli and Palestinian lanes.

REAL MEGA-MOSQUE
Bloomberg defended the Ground Zero mega-mosque (which wasn’t at Ground Zero and wasn’t a mosque, but whatever). Now he can back the most mega-mosque of all. Send the million dollars to Jordan, which has restored the Dome of the Rock on the Temple Mount multiple times over the last century.

I DO, ISRAEL
Gay couples got the right to marry in New York during Bloomberg’s tenure. Why not help Jews marry non-Jews in Israel? Religious authorities only allow people recognized by the state rabbinical authorities as Jewish to marry Jews under Israeli law, meaning that even people converted by Conservative or Reform rabbis can’t marry Jews. Itim is one of many groups working on this issue.

STOP THE VIOLENCE
Israel is full of guns. Fund advocacy for stringent gun control laws there. Oh, wait – they’ve already got that.