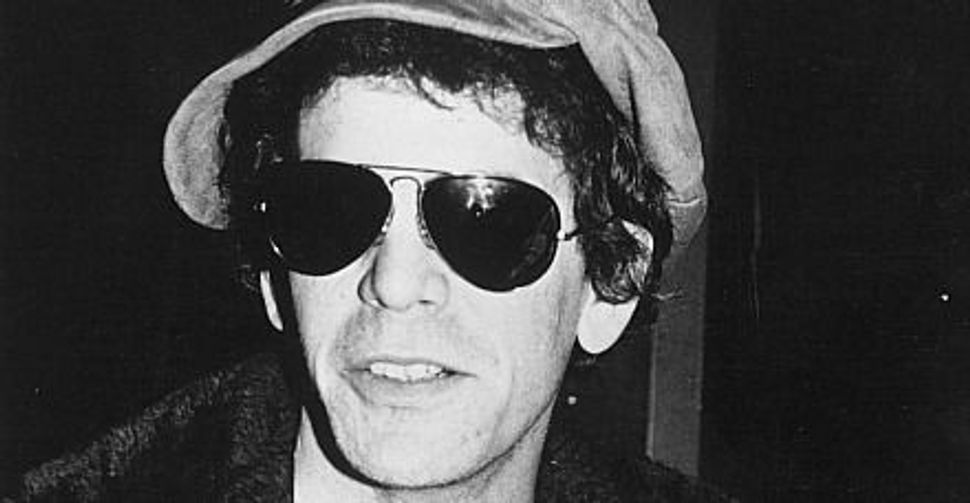 (JTA) — Lou Reed’s death on Sunday has made me think not just of his music but of his life, and specifically about when his life and mine briefly intersected, back when my brother Frank and I entertained him at our parents’ Philadelphia home, unbeknownst to mom and dad.

It was 1969 and Frank, then in high school, was covering rock music for a local underground paper, The Distant Drummer, a paper that I, too, used to write for. The Velvet Underground used to play fairly regularly — every six weeks or so, Frank says — at a club called the Second Fret. Frank was friendly with the house band and its manager and got to know Lou Reed and the rest of the Velvets.

So much so that twice Frank brought Reed over to our parents’ Center City brownstone after their gig to party. I don’t recall anything raucous on either occasion. In fact, the first time our parents slept through the whole thing.

It was the end of the summer and I had just returned to Philadelphia after a cross-country drive. Some friends I had traveled with were staying at our house before moving on. I’m not even sure that I went to the Velvets’ gig that night, but Frank was there. Afterward he turned up at home with Lou Reed and (I think) Doug Yule, another member of the band. Frank still can’t figure out why they came.

“I have no idea how that even happened,” he told me. “Why go over to this high school kid’s place were there was no dope and not much to do?“

Still, we broke open jugs of my father’s probably ghastly homemade wine and finished it all. And it was on this occasion that Lou Reed told us that he didn’t do drugs.

“He told me that that ‘Heroin’ was him being a reporter,” Frank recalls.

In the morning, I’ll never forget our folks’ reaction when we revealed what had been going on as they slept. “What!” my mother said. “You had the Velvet Underground here and didn’t wake us up?”

The second Velvets party was a few months later. Again, Reed and maybe someone else from the band came over after a show. It was a real party this time, with other friends invited. One memory stands out from that night. The Rolling Stones album “Let it Bleed” had just come out, and for almost the entire evening Reed stayed upstairs, away from the other guests, in the room where my parents had a stereo, a real piece of furniture with speaker consoles the size of upright trunks.

The whole night (or so I remember) he stayed there, crouched down, his ear glued to the speaker, playing one track over and over and over: “Gimme Shelter.” I never hear that song without thinking of that night.