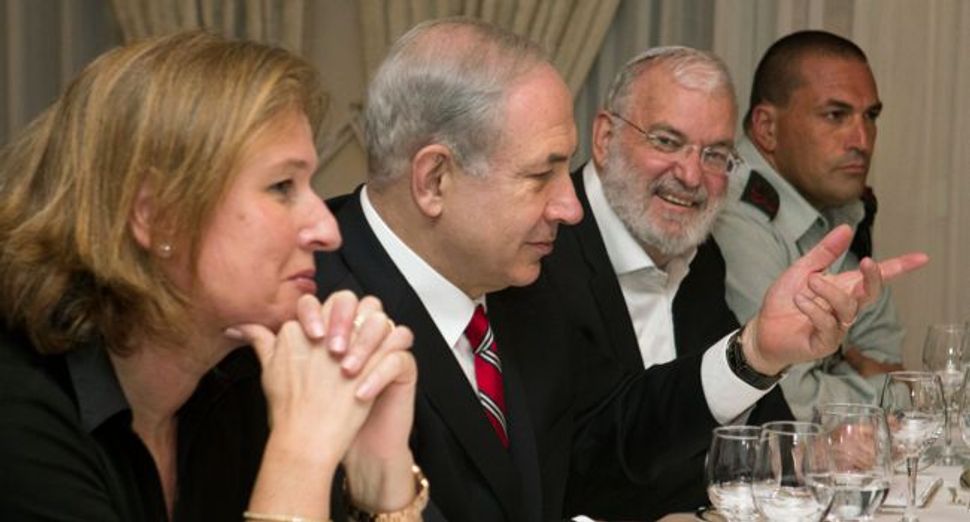 Tensions between Israel’s political leadership and intelligence professionals appear to have returned to the state of open warfare that prevailed before 2011, judging by the noises coming out of the two camps. The issue, once again, is Iran.

Tensions have been simmering under the surface since shortly after Prime Minister Benjamin Netanyahu took office in 2009, periodically bursting into the open. The latest round of trouble can be dated to late September, when the chief of military intelligence, Major General Aviv Kochavi, submitted a report to the prime minister detailing the “significant,” “strategic” political changes taking place inside Iran under its new president, Hassan Rowhani. The report noted that Rowhani had been elected by an outright majority, against the wishes of supreme leader Ayatollah Ali Khamenei, on a platform of repairing ties with the West and ending sanctions.

Days after receiving the report, Netanyahu flew to the United States and delivered a stinging, hard-line speech to the United Nations General Assembly, scoffing at the idea that change was underway and calling Rowhani a “wolf in sheep’s clothing.”

A month later, as Netanyahu’s rhetoric continued to escalate, Kochavi’s report was leaked to Haaretz.

The latest exchange between the two camps, and the most vertigo-inducing, took place within the columns of veteran Yediot Ahronot defense commentator Ron Ben-Yishai. On November 28, he published a lengthy report (confirmed by others) on “the intelligence community’s annual assessment” of Israel’s security situation for the year ahead. The assessment had been presented to the security cabinet two days earlier, November 26, at Mossad headquarters.

The spooks’ view was largely upbeat: The chaotic aftermath of the Arab spring has tied up Israel’s most dangerous neighbors in internal troubles, leaving them in no position to confront Israel in the foreseeable future. Iran’s nuclear project has been frozen in place for six months, halting a decade of steady growth and buying time for America and the allies to attempt a permanent agreement that keeps Iran verifiably short of nuclear weapons capability. America, despite the public’s war-weariness, is unlikely to disengage from the Middle East, given the continuing importance of oil. And Hamas and Hezbollah, while worrisome, face their own external threats — Sunni jihadists in Lebanon, the Egyptian military regime to Hamas’s south — that make them unlikely to seek trouble with Israel in the near term.

Barely five days after describing the intelligence roundup, the same Ben-Yishai published another column reporting that “Israel’s diplomatic-security establishment” believes the Obama administration is leading the Middle East to “catastrophe.” Israel, Ben-Yishai wrote, believes that Washington’s Iran policy is dictated by a closed circle of ideologues who seek to avoid conflict at all costs and are inclined to let Iran go nuclear. Jerusalem has largely been frozen out of the planning for the next round of negotiations with Iran, the sources told Ben-Yishai.

Which is it: smooth sailing or catastrophe? They’re both correct. That is, they fairly reflect the views of two competing Israeli power centers. Ben-Yishai could have done a service to his readers — and to Israel-U.S. relations — if he’d made it clearer that when he says “Israeli intelligence,” he’s referring to the consensus of the Mossad, the Shin Bet and Military Intelligence, the three agencies that produce the annual assessment, with their thousands of researchers, analysts and field agents. And when he says “Israel believes,” he’s referring to a closed circle of hard-line politicians, ideologues and think-tankers surrounding Netanyahu. That said, his accuracy has never been challenged. The disconnect between the two camps is being played out destructively before the American administration and public, as Jewish activists continually batter the nuclear agreement — and Obama himself — in venomous terms reminiscent of the slanderous anti-Obama attacks during the 2008 presidential race. Officials in the Obama administration believe the attacks are encouraged if not orchestrated by Netanyahu and his aides. That, in turn, fuels American resentment and new bilateral tension. This alarms Israel’s security professionals, who accuse Netanyahu of damaging Israel’s most crucial strategic asset, its relationship with America.

The visible tension between the two Israeli camps goes back to 2010, when Netanyahu tried to get his security cabinet to authorize a military attack on Iran, but was unable to win a majority. The ministers were swayed by the unanimous opposition of Mossad chief Meir Dagan, Shin Bet chief Yuval Diskin and military chief of staff Gabi Ashkenazi, as well as Ashkenazi’s military intelligence chief Amos Yadlin.

Between January and June of 2011 Netanyahu pushed out the three service chiefs, Dagan, Diskin and Ashkenazi, and replaced them with a supposedly more compliant team: Tamir Pardo at Mossad, Yoram Cohen at Shin Bet and Benny Gantz as IDF chief of staff.

That same winter, Netanyahu forced out his national security council director Uzi Arad, a former Mossad analyst and longtime Netanyahu adviser, reportedly because of Arad’s proposals for a diplomatic, non-military strategy toward Iran. He was replaced with retired major general Yaakov Amidror, a former head of IDF strategic planning known for his ultra-hawkish views.

But Netanyahu’s situation didn’t improve. In some ways it got worse. In December 2011, Pardo did something none of the chiefs before him had dared to do: He went semi-public, telling a conference of senior Israeli diplomats that Iran does not necessarily represent an existential threat to Israel, and that it’s a tactical error to speak that way. None of the previous chiefs had aired their disagreements so openly while in office.

This summer, Amidror announced his resignation after just two and a half years on the job. True, the national security council post has been a revolving door since it was created in 1999. But Amidror was known to have undergone a conversion of sorts on the job, moderating his views and becoming a strong defender of Israeli-U.S. relations. He is widely believed to have been critical of Netanyahu’s combativeness toward Obama. (Netanyahu’s office denies there was any tension and claims Amidror agreed at the outset to serve just two and a half years).

Amidror was replaced by Mossad deputy director Yossi Cohen, a relatively untested figure who is best known for having spent his career in field operations, with virtually no experience in strategy or analysis.

Cohen is about to make his first visit to Washington as national security adviser in the coming days. He’ll be heading the Israeli team that will work with the administration to develop a joint strategy for the next round of talks with Iran.

Washington is planning a warm reception, hoping to build the same good working relationship with him that it’s had with his predecessors and their colleagues, the service chiefs. What’s unclear is whether Jerusalem will be inclined to view such intimacy as an indication of the alliance’s solidity — or of another betrayal.