The Lessons of Newtown 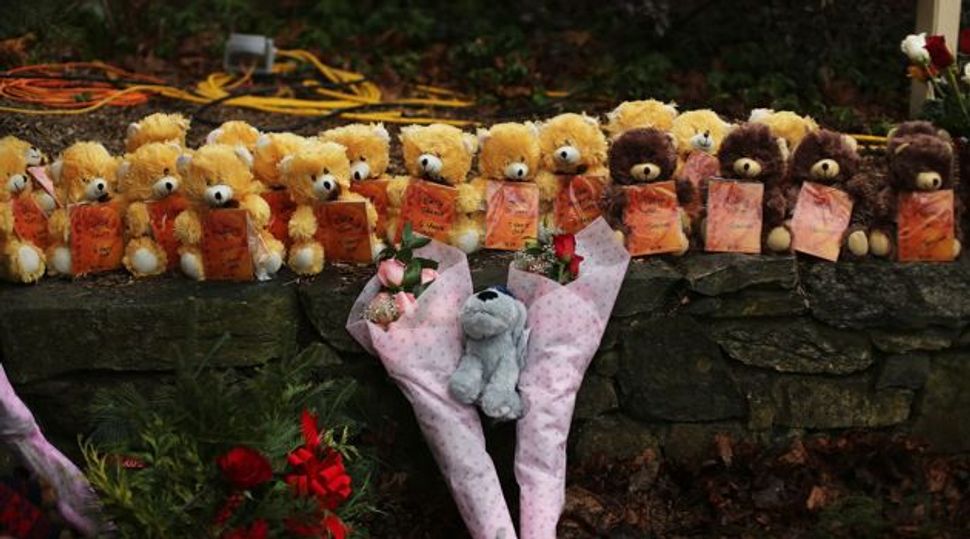 In the dry, neutral language used in these types of missives, the just-released official report on the shooting at Sandy Hook Elementary School sidesteps any determination of causality or assignment of blame. Even though the shooter, Adam Lanza, had “significant mental health issues that affected his ability to live a normal life,” and even though he had “familiarity with and access to firearms and ammunition and an obsession with mass murders,” the report says that there was no evidence that he intended to commit such a crime himself.

Official reports may not draw conclusions, but we can.

And much as this report demonstrates the need for more aggressive, well-funded and comprehensive services for those suffering from mental illness — and those, like Lanza’s mother, who care for the mentally ill — it also points to an incontrovertible fact: The only way that government could have prevented the Newtown massacre was to ban the weapons and ammunition that made it possible.

For all its pareve language, the report is chilling. Lanza is portrayed as an extremely disturbed man who locked himself in his room in the house that he shared with his mother Nancy, and refused to let her, or anyone, in. A review of electronic and digital evidence collected by investigators showed that he was so obsessed with mass shootings that he kept information about them on a spreadsheet. The 1999 massacre at Columbine High School was a particular fascination.

So was the violent computer game titled “School Shooting,” where the player controls a character who enters a school and shoots at students, the report said.

Are any more signs necessary? (And would the manufacturer of that game discontinue it, now?)

But while Lanza’s violent predilections seem so clear in retrospect — dating back to a project he created in fifth grade, in which the main character had a gun and shoots people — by refusing medication and treatment, and with the tragic assistance of his mother, he was able to skirt even the toughest restrictions on gun use by the mentally ill.

Connecticut’s new gun safety law, enacted in the emotional wake of the Newtown shootings that claimed the lives of 20 children and five adults at the school plus Lanza’s mother and himself, has initiated large-scale reform of the state’s mental health infrastructure. It creates a grassroots safety net of teachers and first responders trained to recognize people at risk and steer them to help. It instructs police and other agencies to communicate with each other and keep potentially dangerous people away from weapons. It requires insurance companies to give priority to mental health requests.

And more: Anyone who voluntarily commits himself or herself to a psychiatric hospital in the preceding six months is now ineligible for a gun permit in Connecticut. That’s tougher than the federal standard for mental health-based gun denials — either involuntary commitment to a mental hospital or adjudication as a mental “defective’’ by a judge.

Still, Lanza did not voluntarily commit himself. His mother, who the report implies knew more about him than anyone, who washed his clothes daily and served only the food he liked on the plates he prescribed, did not have him involuntarily committed, either.

Instead, she brought guns into the house and intended to buy more for her disturbed son. A check for a new pistol was found in her home; it was to be a Christmas present for Lanza.

It’s possible that had the new mental health safety net been operative in Connecticut 10 or 20 years ago, Adam Lanza might have been identified, treated and able to tame the violent demons he nurtured in his blacked-out bedroom. It’s also possible that his mother might have been encouraged to help her son confront his disease rather than enable him to commit murder. There’s no question that we will all be better off if mental health providers have more resources and dangerous people are prevented from buying weapons.

But there will still be those who refuse those resources, refuse treatment, refuse to recognize the threat they pose to others. The notion that the horrific, escalating trend of mass shootings in America will be halted and reversed by viewing it only as a failure of the mental health system entirely misreads what happened in Newtown.

Had, in fact, Connecticut’s new law been in effect prior to December 14, 2012, it may well have prevented the senseless deaths of children and their teachers. But not necessarily because of its mental health provisions. It would have been because the new law bans the Bushmaster semi-automatic rifle that was the primary instrument of death used by Adam Lanza. And it bans magazines that can store more than 10 rounds of ammunition, the kind that allowed him to go on a rampage in what should have been a sacred place of learning.

It may be more politically feasible to champion strengthening federal and state laws pertaining to the mentally ill, and it is also the wise thing to do. But there’s no avoiding the central lesson of Newtown: Mentally ill Americans would not be a threat to society if they did not have easy access to weapons of mass destruction. In the end, it’s about the guns. And only when this nation addresses that difficult fact will we truly have honored the memories of the fallen.

The Lessons of Newtown