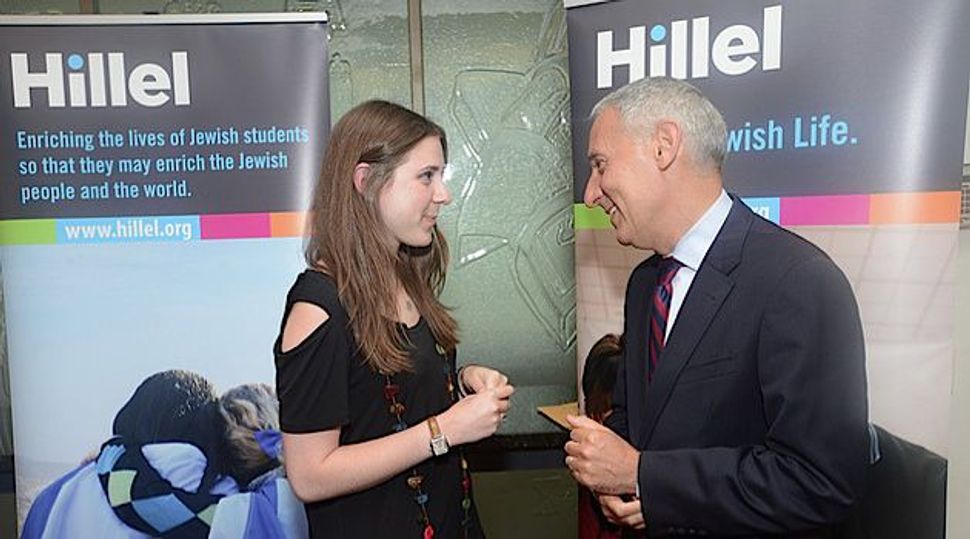 Hillel, the ancient sage, was famously impossible to insult. The Talmud portrays intellectuals, rebellious students, passersby and would-be converts as offering jokes, specious arguments, and outrageous claims — all to rattle the unflappable teacher. But in the face of faulty arguments, Hillel prevailed with a calm demeanor, taking it all in and returning volley with an equanimity and integrity that won him wide acclaim as one of Judaism’s greatest teachers.

Elisha ben Abuyah, a first century sage and contemporary of Rabbi Akiva, quit Judaism in a moment of personal crisis, denied the existence of God, and left the Jewish people entirely. And yet, the Talmud preserves his story, too, even sharing tales of his rabbinic colleagues seeking his insights to Torah while riding horseback on the Sabbath. While the Talmud says that Elisha “pulled up the shoots,” uprooting his essential connection to Jewish identity, his story is nevertheless preserved.

In the case of Hillel and Elisha (and many others), the ancient and venerable Jewish literary tradition upholds the value and centrality of debate within the Jewish community.

As a student at the University of Wisconsin in the 1980s, Hillel was an expansive place of expression for Jews on campus of every point of view — from secular to religious and from Zionist to non-Zionist. This level of debate was fostered in order to mirror the general atmosphere of free inquiry and debate which took place in classrooms across campus. As the home for Jewish students during the critically formative years of developing their own world-view, it was vitally important for Hillel to represent an unwavering pride in Judaism and Israel while also defending a free and open discourse on the Jewish past, present and future. Simply put, this openness would make us stronger, smarter, and more deeply connected to the narrative of our people.

I upheld this point of view as the Hillel director at NYU for seven years as well. During a time which spanned the hope of the Oslo Accords to the disillusionment of the Second Intifada, 9-11 and the Global War on Terror, it was critically important that Hillel at NYU mirror the range and depth of debate on the broader NYU campus.

Ceding to the campus classrooms the most open debate on the most important issues facing us as Jews and Americans and not fostering them in the Hillels runs the risk of making Hillel simply irrelevant to the vast majority of young Jews today. It sends the message that the real learning they’ll do on campus is in the classroom and that Hillel will be a Jewish choice for a select few who adhere to a wider directive from above. Hardly the choice of most young people I know today. This would be an enormous missed opportunity to engage young Jews in a substantive and meaningful way at a time in their lives when they are making some of their own most important decisions about Jewish identity and Israel.

Closer to home now, here in Brooklyn, our own synagogue community at CBE represents a range of expressions and views on Israel and even as we often must wade into the debate — most recently, for example, with the BDS movement and the Park Slope Food Coop — we have always done so not by censoring those whose views are offensive but rather by bringing open debate into the light of day and, with skill, intelligence, and a little sport, defeating it. That’s the campus spirit as well.

Just last night at CBE, we hosted Peter Beinart and David Suissa. They debated Israel from the left and the right. The sky didn’t fall. Everyone left the richer for it.

My sense is that the dynamism of young Jews, Jewish identity and Israeli politics is shifting more quickly than any of us realize. All indications point to a new reality in Jewish life where openness is the preeminent value, where horizontal leadership structures challenge national or international hierarchies, and where democracy and a fearlessness to ask difficult questions is privileged over policy guidelines that demand allegiance to Israel without reasonable, diverse, and even at times risky, debate.

On one level, I don’t like it. It makes me worry about the future of the Jewish people. We run the risk of “legitimizing” a non-Zionist or anti-Zionist point of view. On the other hand, if we don’t wade into the water and debate on campus, we lose the bigger battle. After all, is it not the most powerful expression of Jewish pride for Hillel to state loud and clear: “We are an international Jewish student organization that is proudly Jewish and proudly Zionist — so proud that we are unafraid of any argument and feel confident that we will prevail in the public arena of debate on campus.”

As Hillel himself would have said back then: “All the rest is commentary, go forth and learn.”

I suppose if he were around today, he’d simply say, “Bring it.”