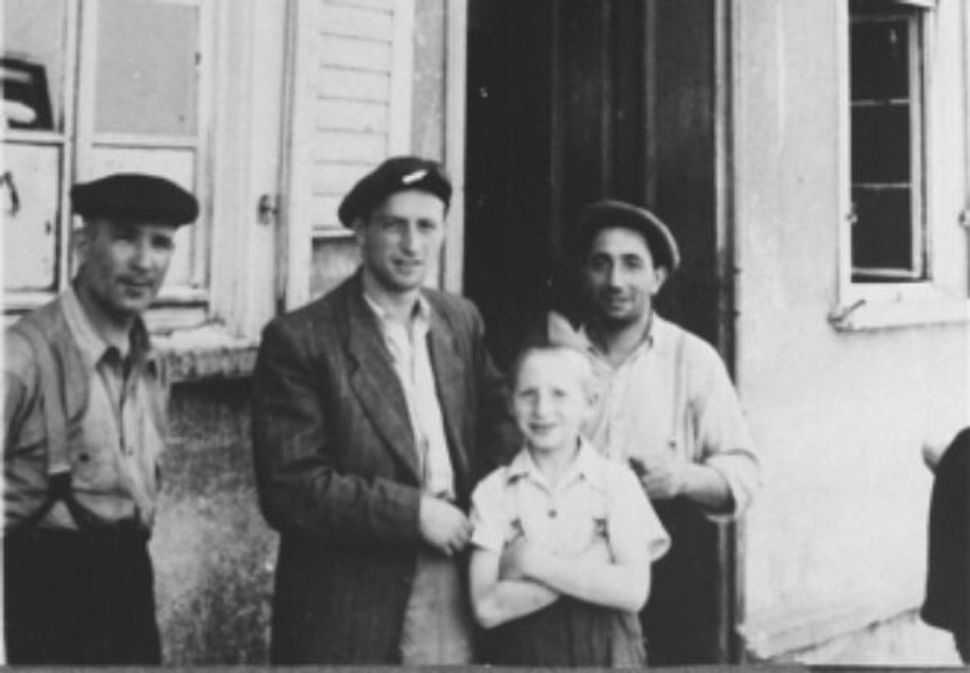 On the eve of Hanukkah, while the eyes of the world were fixed on the impending demise of one human rights champion, Nelson Mandela, and the sudden, unexpected emergence of another, Pope Francis, one the last century’s lesser-known workers’ rights leaders quietly slipped away in a Jerusalem hospital: Rabbi Avraham Verdiger, the last Knesset representative of the erstwhile Haredi-progressive party Poalei Agudat Yisrael.

Verdiger was born in May 1921 to a prominent Ger Hasidic family in Lodz, Poland, and died on November 27 at age 92. In between he obtained rabbinic ordination at the Mir yeshiva, the Harvard of anti-Hasidic, Lithuanian-style academies; organized ultra-Orthodox refugee aid in postwar Paris; settled in Israel in 1947 and fought in Jewish state’s 1948 war of independence; studied political science in Jerusalem; worked to encourage ultra-Orthodox participation in the military and the workforce; and served the Poalei Agudat Yisrael party as general secretary, Knesset leader and deputy minister from 1951 until 1996, when the party was swept away, a victim of the growing extremism of Haredi politics.

Poalei Agudat Yisrael (“Agudath Israel Workers’ Party”) was formed in Lodz in 1922 to defend the rights of ultra-Orthodox textile and garment workers facing discrimination and harassment from Orthodox Jewish business owners. The party began organizing Orthodox workers in Palestine beginning in 1923. Starting in the the 1930s, under the leadership of Verdiger’s cousin Binyamin Mintz, it built its own network of agricultural communities, including the ultra-Orthodox kibbutzim Hafetz Haim and Shaalavim, to pursue farming according to biblical rules. Its trade union division became an autonomous unit within the Histadrut labor federation in the mid-1950s.

The party won seats in every Knesset election from 1948 to 1992, sometimes independently, sometimes in a joint bloc with the larger Agudat Yisrael party. Its electoral base was about half the size of Agudat Yisrael’s—that is, it represented about one-third of the Haredi voter base. The two factions, Agudat Yisrael and Poalei Agudat Yisrael, were bitterly divided over the decision by Poalei Agudat Yisrael in 1960 to join the Labor-led coalition under David Ben-Gurion and accept a Cabinet ministry for party leader Mintz, in defiance of Agudat Yisrael’s ruling Council of Torah Sages, which has since 1949 forbidden Haredi lawmakers under its control from sitting around the Cabinet table of the Zionist government. To this day the Haredi party’s leaders accept only deputy ministerships, which permit them to run ministries without voting in the Cabinet.

Poalei Agudat Yisrael also split with the larger party over its decision to have its high schools prepare students for high school matriculation, as well as its support for Haredi men performing military service and entering the workforce. These positions brought Poalei Aguda into ever-increasing conflict throughout the 1960s and 1970s with the larger Haredi world, which under the leadership of Rabbi Eliezer Shach became increasingly committed to keeping adult males in full-time study, barring military service and keeping secular studies such as math, English and civics to a minimum in its school system.

Verdiger first entered the Knesset in December 1967, following the death of another Poalei Agudat Yisrael lawmaker, Yaakov Katz. He was reelected in 1969 and 1973, but lost his seat in 1977 when the party won only a single seat. 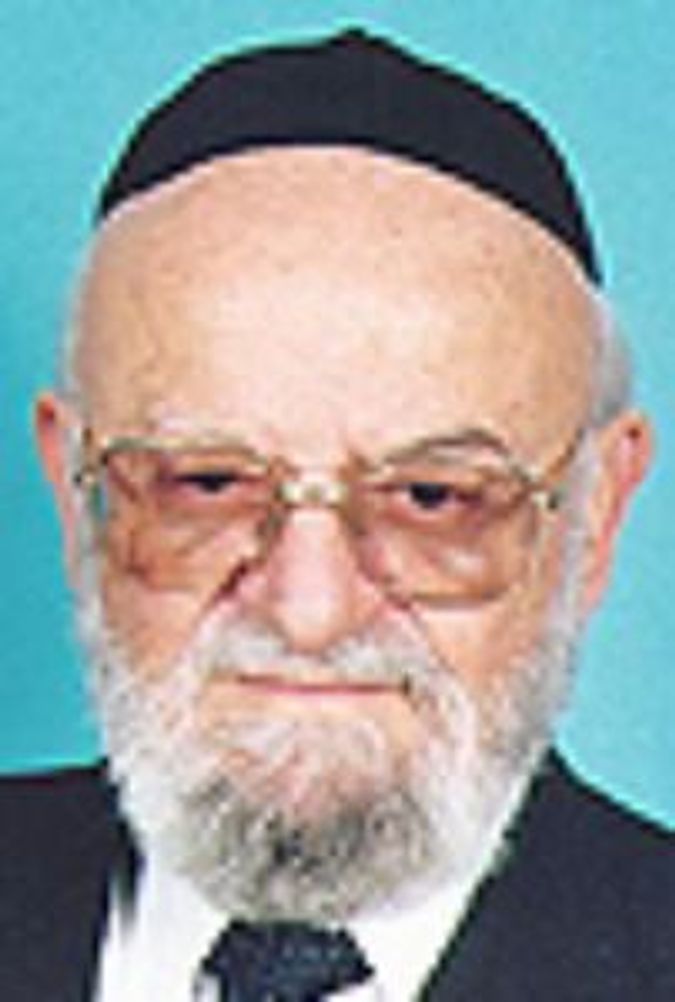 A December 12 article looking back at Verdiger’s career on the widely-read Haredi news site Behadrey Haredim claims that Poalei Aguda was dealt a mortal blow by Shach’s opposition and a decree by the Brisker Rav, Rabbi Yosef Zeev Soloveitchik (an uncle of the late Rabbi Joseph Ber Soloveitchik of Yeshiva University), that outright forbade voting for Poalei Aguda.

Verdiger, meanwhile, drew increasingly close during his Knesset years to the Lubavitcher rebbe, with whom he had formed a bond during his postwar years in Paris. Although he remained a Ger Hasid, like Mintz, he followed the Lubavitch foreign policy line and became increasingly hawkish on territories and an advocate of West Bank settlement. In 1984 he joined with settler leader Rabbi Haim Druckman, who had left the National Religious Party, and the two formed the Morasha party, which won two Knesset seats.

Druckman, however, returned to the NRP in midterm, leaving Verdiger at the helm of a one-man Knesset caucus. In advance of the 1988 elections Verdiger led Poalei Agudat Yisrael back into a joint bloc with Agudat Yisrael, which won five seats including Verdiger’s.

In 1990 Verdiger made the political decision for which he was most famous. Agudat Yisrael had signed a secret agreement with Shimon Peres, whose Labor Party was in a unity government with Yitzhak Shamir’s Likud, to leave the unity government and form a narrow, Labor-led coalition with just 61 seats in the 120-member Knesset. When Peres’s proposed coalition was brought to the house for approval, however, Verdiger broke with Agudat Yisrael and voted against the deal, along with a colleague, leaving Peres with just 59 votes. Peres’s move, dubbed “the stinking maneuver” by his Labor party rival Yitzhak Rabin, failed and Shamir was able to form a narrow right-wing coalition, forcing Peres and Rabin into opposition. Verdiger is said to have been acting at the request of the Lubavitcher rebbe, a fierce opponent of territorial compromise in the West Bank.

Verdiger’s last newsworthy parliamentary act came in 1994, when a group of religious and right-wing lawmakers brought a no-confidence motion against the Rabin government. When foreign minister Shimon Peres rose to defend the government’s position on territorial conquest and occupation, a religious heckler shouted that the biblical King David had conquered and occupied territory. Peres replied that he didn’t approve of everything King David had done, at which Verdiger flew into such a rage that he fainted and had to be hospitalized.

Verdiger retired from politics in 1996. His son Hanoch Verdiger ran for Knesset that year under the Poalei Agudat Yisrael banner but failed to win a single seat.

The younger Verdiger tried to revive the party last year under a new name, the Tov (“Good”) Party, running candidates in several municipal elections on a platform like that of the old Poalei Aguda party, emphasizing Haredi military service, adult employment and teaching of the core curriculum in Haredi schools. The party’s main targets were Jerusalem and the sharply divided city of Bet Shemesh. It failed to win any seats anywhere, however. Hanoch Verdiger told Haaretz in an interview this past weekend that the party would run again when the time was ripe, noting that its small school network, with its curriculum of basic secular studies, was finding a rise in popularity.

Even if Hanoch Verdiger were somehow to succeed in reviving his father’s party and putting back on the electoral map, it’s unlikely that it would return to its early days, when it was fighting for workers’ empowerment and seeking a Torah perspective on modern economic issues like labor rights, industry, agriculture and technology.

Still, in an era when Israel is represented at international interfaith gatherings by a chief rabbi under investigation for fraud, graft and worse, the recently retired, Haredi-backed Yona Metzger, and when the Israeli rabbinate at large is divided between a Zionist wing that’s mostly devoted to preventing Israeli compromise with the Palestinians and a Haredi wing that’s focused on resisting army service and adult employment, preventing high school math studies and blocking women’s prayer services, the mere fact that there’s a Haredi workers’ rights movement still fighting to make its voice heard is a ray of light. Avraham Verdiger fought the good fight on many fronts, and left a son to carry on his legacy. Rest in peace.