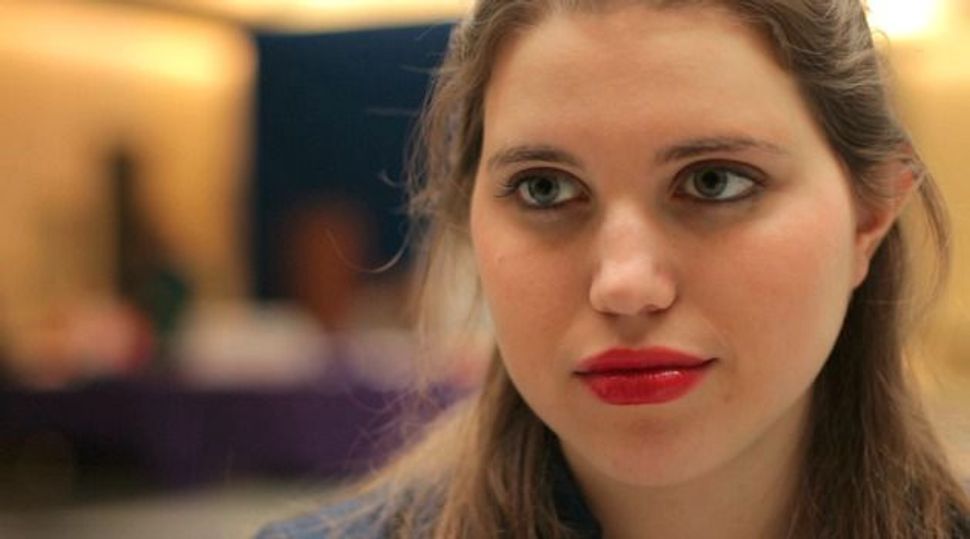 What do Hasidic hats, the Borscht Belt, the king of competitive dreidel-ing and a tiny row house shul have in common? They all played starring roles in the Forward best videos of 2013 — along with a poignant portrait of the Jewish mother who lost her son in the Newtown school massacre.

This year saw a major transition in our video department: Nate Lavey, who had laid the groundwork for stunning video journalism at the Forward moved to the New Yorker. Since the fall, I have the privilege to continue our practice of ambitious visual storytelling. Here are them most delicious highlights from this year.

We used the camera for time travelling. Borscht Belt takes us on a trip to Upstate New York to re-discover the history of Jewish summer resorts. Little Row House Shul depicts how a tiny synagogue in southeast Philadelphia is struggling to survive after a century of service. And Men of Many Hats investigates the changes in two Hasidic neighborhoods in Brooklyn through the prism of hat fashions. This beautiful report won Lavey the first award of the national Press Photographers Association.

It’s always yummy to combine film and food. In Debating the Deli David Sax and Josh Ozersky go head to head-to-head on “new school” versus “old school” delis. We also had the pleasure to chat with the famous chef duo Yotam Ottolenghi and Sami Tamimi who share insights on The 8 Flavors of Jerusalem.

One of my favorite challenges is to produce “vox pops”, which confronts a diverse set of people with the same question. In response to the Pew survey “A Portrait of Jewish Americans,” we created quick video portraits of Jews from different backgrounds. The question: What does “Jewish” mean to you? The answer: It’s Complicated. The video A Fine Balance features the voices of participants of the Jewish Orthodox Feminist Alliance Conference (JOFA). It’s intriguing to witness how Orthodox feminists are trying to balance the desire for inclusion with the aim to preserve traditional gender roles.

The Dreidel Dude was our fun contribution to this year’s Thansgivukkah craze. A hip owner of a Brooklyn bar explains how he took dreidel to the next level – from a children’s game to a competitive sports championship.

One of the most moving moments for me was the trip to Newtown when we produced a video profile of Veronique Pozner – the mother who lost her six-year-old son in the Sandy Hook elementary school shooting and who became a fierce advocate for gun control. The Forward honored her as the No.1 of this year’s Forward 50 list.

Men of Many Hats

The 8 Flavors of Jerusalem