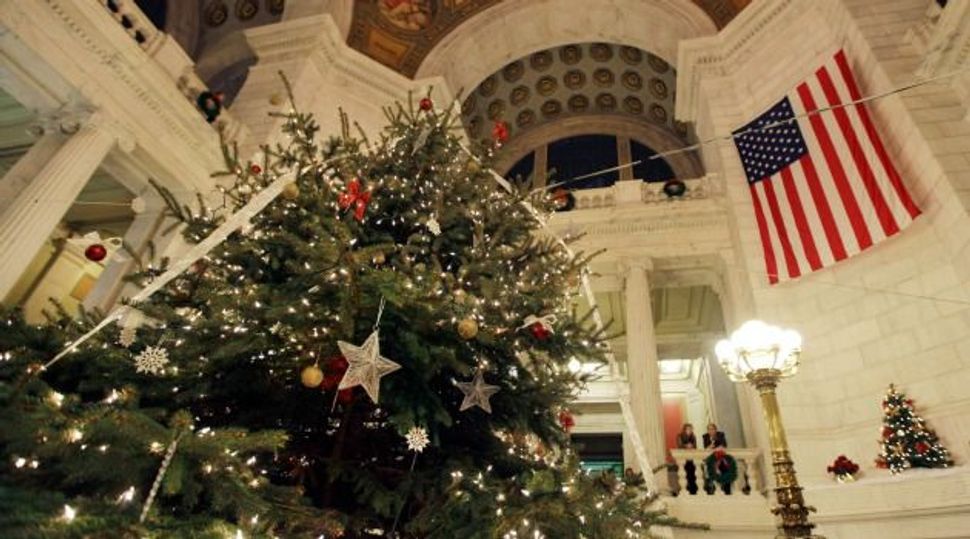 In a Yuletide shift, Rhode Island Gov. Lincoln Chafee finally agreed to call a 17-foot statehouse spruce a Christmas tree, admitting that his past practice of calling it a “holiday tree” generated too much anger.

No kidding. Naming a Christmas tree a holiday tree or Hanukkah bush should be offensive to both the religious and secularist or atheist. It is deceptive.

While using green trees during the winter solstice celebration predates Christianity, by the 16th century and possibly even the 15th century the custom of the Christmas tree developed as “devout Christians (bringing) decorated trees into their homes,” according to History.com. By 1982, Pope John Paul II formally introduced the Christmas tree custom to the Vatican.

Urban Dictionary defines a holiday tree as a “phrase used by folks who feel vaguely guilty about celebrating Christmas, and decide to pretend that what they are doing is celebrating some ‘universal’ holiday that uses ‘universal holiday’ trees” and a Hanukkah bush as a “Jewish Christmas tree.”

That is pretty accurate.

For Jews, it would be like calling a menorah a holiday candelabra. It would be misportraying a symbol of the holiday because the menorah represents the Jewish religious holiday of Hanukkah.

Secular people should be offended because it’s an attempt to deceptively rename an inherently religious symbol, in an effort to universalize it so more people adopt it. This is like calling creationism intelligent design in an effort to pass religion off as science.

The position that we should accurately define the Christmas tree is reflected in past polls that show Americans overwhelmingly believe it should be called a Christmas and not a holiday tree. According to a 2008 Clarus Research Group poll, eight in 10 side with “Christmas” over “holiday.”

The bottom line is that the Christmas tree is used to symbolize Christmas, not secular holidays or Hanukkah. There is no religion or culture in existence today that uses it to symbolize any other purpose.