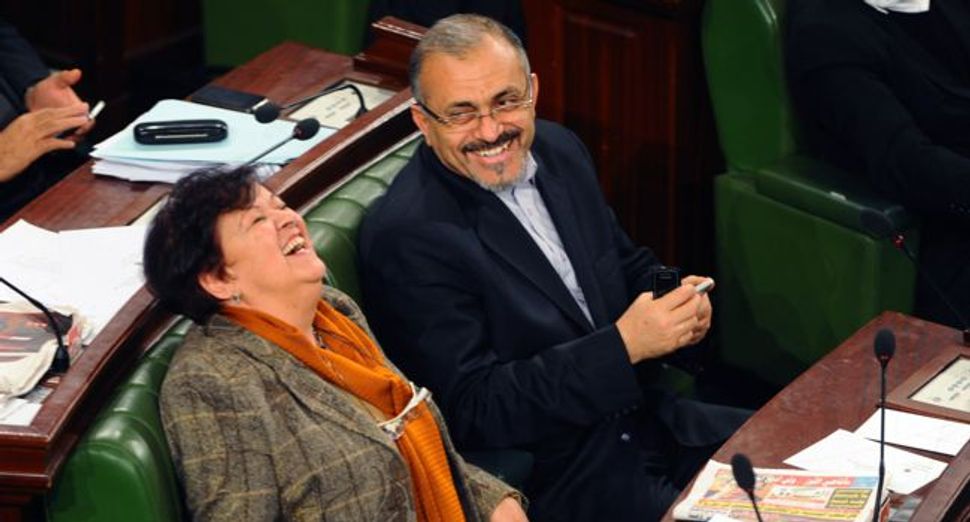 “News of disaster is the only narrative people need. The darker the news, the grander the narrative.” This observation, made by a character in Don DeLillo’s novel Mao II, has never seemed truer than today. Just ask the citizens of Tunisia, who are marking on January 14 the third anniversary of the overthrow of Zine El Abedine Ben Ali. In their remarkable effort to reject disaster at home, the foreign media, particularly our own, have mostly denied them any attention. Nothing, it seems, fails like political success.

In early January, New York Times’ columnist Thomas Friedman announced that, yes, the Middle East is going to heck in a hand basket. Every day, he intoned, “the headlines from the Arab world get worse.” To illustrate his lament, he scanned the front pages of our papers, and lined up the usual suspects, ranging from sectarian strife and civil war to military coups and political assassinations, which have convulsed the region. Of course, no one would dispute the grim reality of these events: It does not take a political scientist, much less a rocket scientist, to register the violence seemingly endemic to this part of the world.

But it might take a literary theorist to explain the resilience, even the attractiveness we find in this narrative of catastrophe. Why do we choose to headline certain events, all the while marginalizing others? Is it possible that our media pundits are little better than our spymasters, cherry-picking in order to comfort a well-worn narrative that others want to hear? Except that, in this case, it is not their political bosses, but their popular audiences who have a vested interest in a certain plot line?

On the same day Friedman shared his grim (and grimly predictable) tidings with Times readers, Tunisia’s political representatives were already well on their way to codifying into law the great hopes of the Arab Spring. Since January 4, the nation’s Constituent National Assembly has been laying the foundations to a new constitution. Or, rather, building upon the foundation that has been in place since Tunisia’s independence from France in 1956. Under its leader Habib Bourguiba, the fledgling nation enacted a constitution that created a vital space between secular and Muslim law. To be sure, its first article states that Islam is the nation’s religion, but in terms of jurisprudence, this was tantamount to recognizing the Dallas Cowboys as America’s football team. Not only did the 1959 constitution dismiss sharia as the basis for its law, but it also insisted upon the “civil character” of the Tunisian state.

Last week, the ANC loudly reaffirmed these principles: The foundational articles defining the secular nature of the state and source of its law can never be amended. Yet this was just the beginning, not the end of their work. The day before Friedman announced the end was nigh for the Middle East, the ANC passed a new law establishing the freedom of conscience and religious belief. The full law is worth quoting: “The State is the guardian of religion. It guarantees the liberty of conscience and belief, and the free exercise of religious practice. It is the protector of the sacred, guarantor of the neutrality of mosques and other places of worship from all partisan ends.”

The enormous social and historical significance of this law was not lost on the more extreme factions within Ennahda, the Muslim party that has been in power since 2011. When one of its members threatened a secular deputy during the public debate over the proposed law, declaring him an infidel, the assembly responded immediately by adding a new wrinkle, outlawing “tafkir,” or excommunication, as well as incitation to religious violence. Not surprisingly, the debates have been, well, robust — i.e., shouting matches, sudden scrums, clenched fists and death threats have peppered the sessions. But underlying the sound and fury is the conviction, shared by both Ennahda and the secular parties, that compromise and concessions are essential. They have understood that believers and unbelievers, Muslims and secularists, are condemned to live together.

Minorities rightly worry about their wellbeing during periods of civil unrest and political contestation. Yet it seems clear that the curve of current events in Tunisia favors the country’s small but significant Jewish and Christian communities. Though little more than 1,500 Jews still live in Tunisia — almost entirely in Tunis and the island of Djerba — there are tens of thousands of Tunisian Jews who resettled in France after 1956 — known as “les tunes”— and who still vacation in the country.

In fact, this small revolution favors more than Tunisian Jews and Christians. It also empowers Tunisian women: Article 20 to the constitution affirms that men and women have the same rights and duties, and are equal without discrimination before the law. But it also favors the entire region, stretching from the Maghreb to the Middle East. When a journalist from the French paper Libération asked a prominent women’s rights activist in Tunis about the new law, she replied that while it did not meet all of her expectations, it was nevertheless a victory: “We did not get what we wanted, but we avoided something far worse” — namely, a proposed law based on a woman’s “complementarity,” not equality, to man.

Embracing a politics of the possible and taking the measure of moderation, Tunisia deserves the world’s attention. It reminds us that just as narratives shape us, we can also shape our narratives.