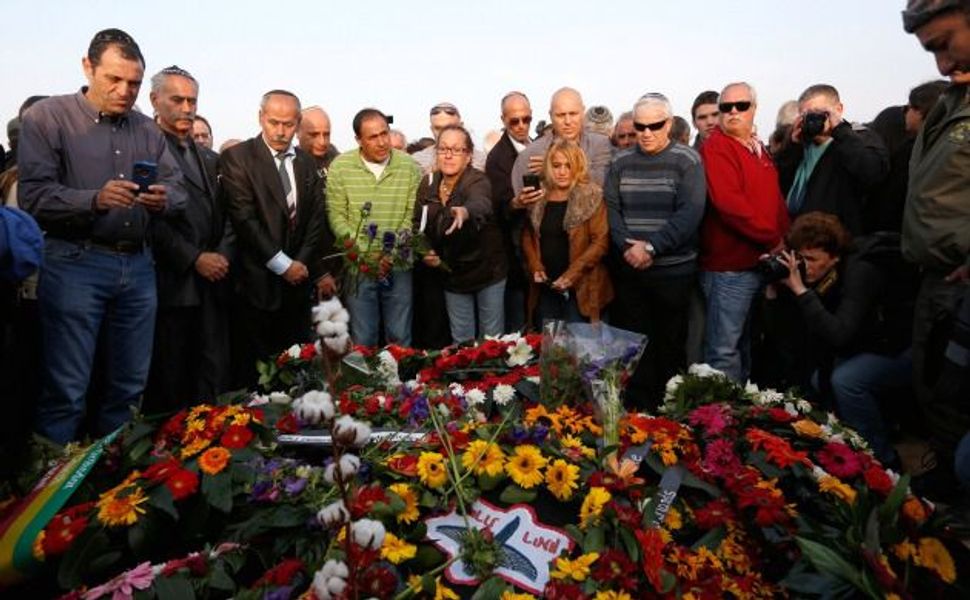 If today has proven one thing, it is that time can be a healer here in Israel.

Imagine that Ariel Sharon had died the day after his stroke in 2006, instead of clinging on to life, unable to communicate. On the personal level, it would have probably been far easier for his family. But on the national level, his death would have most likely been a highly divisive affair.

The year before Sharon’s stroke, he had delivered a harsh sentence to the very same settlement that he built — he evacuated the Gaza settlements, and some in the West Bank. For settlers, this was an act of betrayal so great that some later composed hymns of mourning for recital on the Fast of Av, along with those commemorating the destruction of the Jerusalem Temples and the Holocaust.

Anger about the disengagement hasn’t subsided. In a roundabout way the fact that it happened makes the settlement movement more aggressive, more on-its-guard, and parts of it more violent (the disengagement prompted the “price tag” ethos), every year. But it isn’t synonymous with Sharon in the same way as it was in 2005/6. Years of silence on Sharon’s part have allowed even his strongest critics from the Israeli right to find something to celebrate from his life.

As it was, the right focused its tributes on Sharon’s military accomplishments and either ignored the disengagement or memorialized him based on what came before. This is easy for the right today. If this were 2006, it would still be in fighting mode, facing off against a Kadima government — but today it is in power. “Ariel Sharon was Israel’s greatest warrior since the Maccabees,” said Danny Dayan, senior official in the Yesha Council, the umbrella organization for settlers. He listed various military achievements and said: “Today, I prefer to stop the memories there, and not deal with the terrible mistake known as the Gaza disengagement.”

Perhaps the most poignant pointer to the healing effect of the last eight years is the fact that a psalm was read at the funeral by a Gaza evacuee. Rafi Peretz, the Chief Rabbi of the Israeli military, honored Sharon by reciting a Biblical passage. He had to leave the Gush Katif settlement of Atzmona in 2005.

Sharon’s death has started a tug-of-war over which part of his career should be the base of his legacy — which parts of his life should be highlighted and which should be played down. The fact that both sides want to “claim” him shows that the country has come a long way since 2005/6.