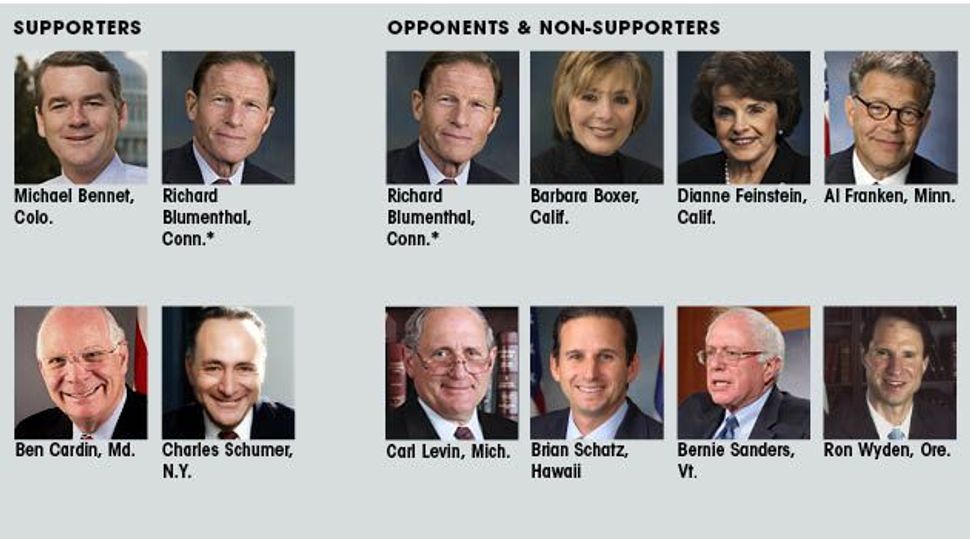 Want to know who stands where on Iran sanctions? We’ve got the answer — at least for the 10 Jewish senators.

Of course, it’s never quite that simple. See below for the fine print.

Similarly, senators who have not gone on record on the issue but have refused to sign on as co-sponsors, despite the massive lobbying effort to reach more than 60 co-sponsors, are also listed as being opposed to the bill.

Sen. Richard Blumenthal (D-Conn.) is in a category all his own. He signed on as a co-sponsor, making him a supporter of the bill. However, he also says he is opposed to bringing the bill to a vote. That makes him an opponent of what the bill’s supporter’s want.