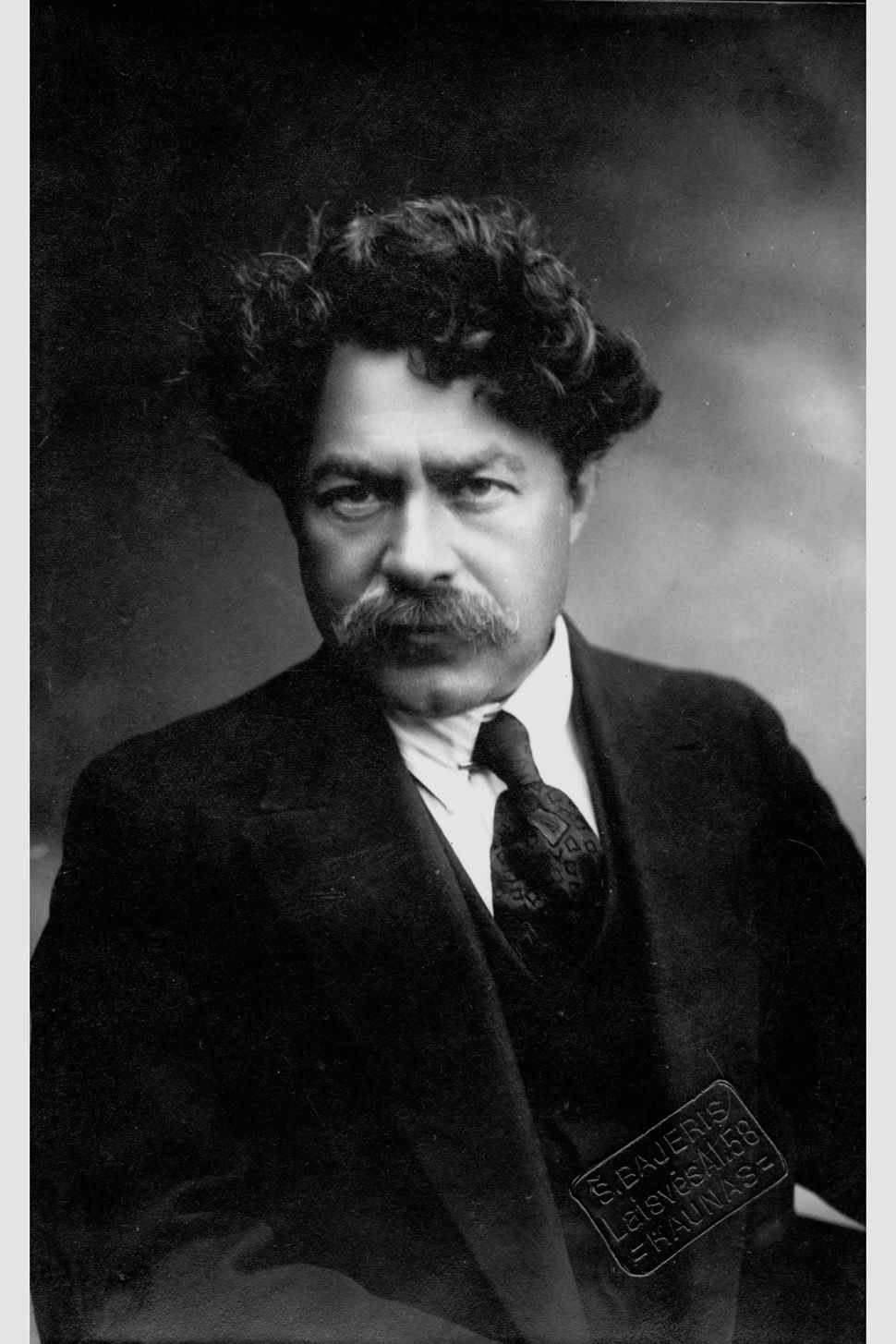 The Bank of Israel, the Jewish state’s central bank (equivalent to the Fed), has rolled out the design for its new 50 shekel note, and the face on the front is of someone you wouldn’t particularly expect from a government widely depicted as rightist, xenophobic and religious-dominated: the great socialist Hebrew poet Shaul Tchernichovsky. The Hebrew website Ynet.co.il has an image of the new bill here.

The Crimea-born Tchernichovsky (1875-1943), a physician who settled in mandatory Palestine in 1931, is probably best known for his poem “Ani Maamin” (“I Believe”), which is commonly referred to by its opening words, Sachaki Sachaki (שחקי שחקי – “Laugh at me, laugh at me”). This translation gets the idea of the poem, though it translates “sachaki” (laugh at me) as “rejoice,” which sort of misses the point. There’s a movement among Israeli civil rights advocates to adopt it as an alternate national anthem, instead of or alongside “Hatikvah.”

The final words of the second stanza—Because I still believe in man, in his powerful spirit—appear on the back of the bill. The front of the bill contains words from another much-loved Tchernichovsky poem, “Ho Artzi Moladeti” (מולדתי ארצי הו – “Oh my land, my homeland”).

But there’s much more to Tchernichovsky that makes him worth remembering as an icon of the original spirit of the founders of Zionism that’s now been relegated to “the other Israel”—the Zionist rebellion against the ethereal powerlessness and defeatism of Diaspora Jewish culture. He was an admirer of classical culture and translated Homer’s Iliad and Odyssey into Hebrew. He also wrote a paean to Greek culture that stands as one of his great achievements, a sort of manifesto of the Zionist rebellion, “Lenochach Pesel Apollo” (“In the presence of a statue of Apollo”): “I come before you, before your statue I kneel / Your statue—the symbol of what is enlightened in life … I kneel before life, courage and beauty / Before the ornaments of grace that have robbed / The corpses of men, the rotten seed of humanity / The rebels who stand for life against / The God of the deserts / Who conquered Canaan / And bound her in the straps of tefilin…”

Tchernichovsky is one of four Hebrew poets chosen in 2011 to appear on upcoming Israeli currency, along with Rachel Bluwstein (Ve’ulai – “And Perhaps”), Leah Goldberg and Natan Alterman (“On a silver platter”).